48 Hours In Lisbon | The Weekender

–
If there’s one thing we learnt while in Portugal, it’s that you should never get into a fight over pasteis de nata.

You’ll only ever end up with egg on your face.

But if there’s a second thing we learnt, it’s that it’s one of the most wonderful, vibrant and friendly places in the world to visit – and its capital is no exception. Architecturally stunning, with ancient labyrinthine streets and grand town squares, it’s rippling with culture, history, and hospitality. So whether you’re looking for the foodies’ paradise or just hoping to soak up the spirit of the place (figuratively and literally, which we’ll come to) – this is how to see the best of the city, even if you’ve only a weekend to spare.

Beat the queues for breakfast at Nicolau by arriving early doors at 9am. Pull up a chair outside their turquoise tile-fronted café and wolf down a set of their famous pancakes before heading for the Tram 28 stop by Praça Martim Moniz. These retro trams have been in operation since the 30s, and the 28 is known for taking a particularly tourist friendly route. Hop on for a lift up the hilly, picturesque neighbourhood of Alfama, the oldest part of the city that was once under Moorish rule. 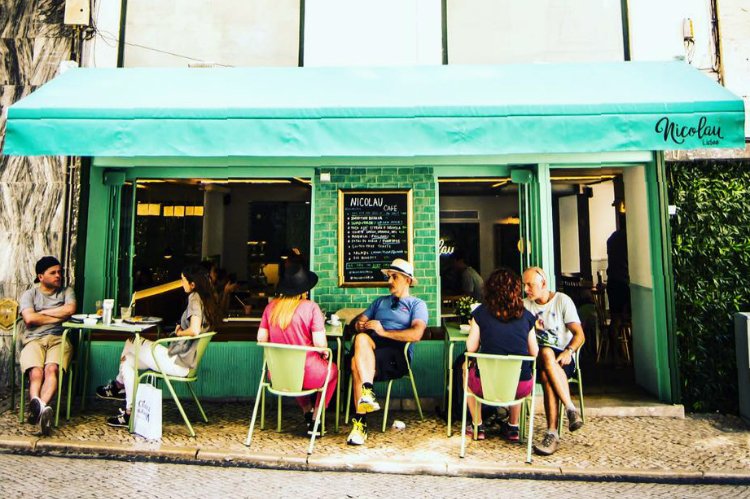 If you’ve got time, head further out east towards the National Azulejo Museum. While yes, an entire museum dedicated to tiles might not sound completely riveting, these hand-painted ceramic works of art are a huge part of Portuguese culture, and are pretty damn beautiful. Otherwise, spend the morning exploring the labyrinthine streets of the neighbourhood, stumbling onto miradouros (balcony viewpoints overlooking the city) and listening to the fado music issuing from the many bars and cafés. The nearby Panteão Nacional is a vast church on the hilltops in which scores of the country’s most famous figures are buried, from writers to politicians and footballers. Down the road, meanwhile, is the Igreja de São Vicente de Fora, one of the city’s most impressive and beautiful churches that’s definitely worth a look in – or, head straight on to the Castelo de São Jorge, a Moorish castle with panoramic views of the city.

Veer back round towards the lively and historical Praça do Rossio for a spot of lunch – the Chaminés do Palácio serves excellent local dishes in a Palace courtyard set back from the chaos of the main square. Finish up with a digestif shot of Ginjinha – a kind of sour cherry liqueur that’s essentially the national drink – at one of the cafés lining the square. A Ginjinha, unsurprisingly, is a good spot, filled with a cheery group of regulars spitting pips onto the street.

Head round the corner to see the Santa Justa lift – because, yes, Lisbon is the kind of city that has lifts between streets. This Neogothic iron number was built by an apprentice on the Eiffel Tower back in the late 19th century, but often has queues to use it. If you want to check out the views from the top, skip the line and take the stairs up through the atmospherically ruined Carmo Convent instead. Otherwise, keep heading down Rua Áurea towards MUDE – Museu do Design e Da Moda, a huge collection of noteworthy pieces contemporary design housed in a vast former bank (currently closed for renovation, keep an eye on their website HERE).

Literally round the corner is the Arco da Rua Augusta, a triumphal arch which has views back over the Alfama and the sprawling Praça do Comércio below – also home to the excellent Lisboa Story Centre, a museum dedicated to the city’s history with lots of background on the devastating earthquake of 1755.

Head back inland to the Baixa-Chiado neighbourhood, the sweet spot for shopping in the city. Loja das Conservas sells nothing but canned fish products – a weirdly iconic part of Lisbon cuisine – while A Vida Portuguesa sells beautiful local wares in a carefully-preserved old perfume factory. 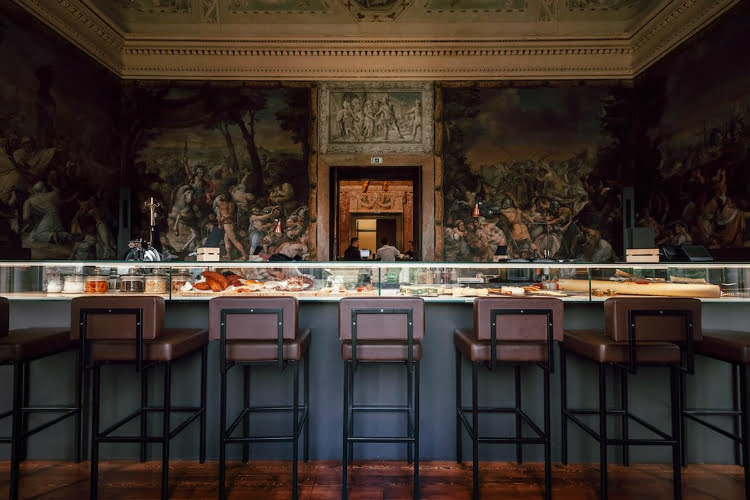 From here it’s a three minute walk to Palácio Chiado for dinner; a huge dining ‘marketplace’ that sees six different restaurants housed within a huge restored 18th century palace. Sip a cocktail at the bar underneath a suspended golden flying lion, or head further into Bairro Alto to the BA Wine Bar, boasting a huge library of Portuguese wines, charcuterie and cheese platters, and knowledgeable staff who’ll be able to guide you to your ideal glass of grape-hooch. And after that? You’re perfectly placed on the Rua da Rosa, the city’s busiest street for bars and dancing.

Depending on how extensively you explored the Rua da Rosa, you might want to start day 2 with a walk along the neogothic Aqueduto (open from 10am), to take in panoramic views of the city from a new angle. Hop in a cab to the Botanical Garden for Sunday brunch in the 300 century old greenhouse, Estufa Real, where you’ll be greeted with sparkling wine, a buffet of Portuguese dishes, and picturesque leafy surroundings. From here it’s a hop, skip and other actions you may feel unwilling to perform after a buffet to the Palácio Ajuda, a half-finished royal palace with a turbulent history. Inside, there are grand interiors and candlelit ballrooms; outside, some of the walls just don’t exist yet. 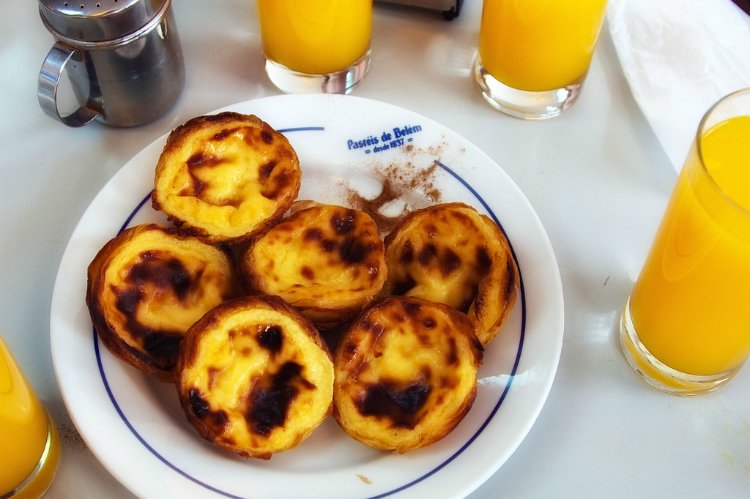 Take a stroll towards the sea to stop by the Mosteiro dos Jerónimos, a 500 year old monastery that now plays host to regular concerts in its atmospheric halls and cloisters. Cross the road to Pasteis de Belém, the city’s most famous spot for pastel de nata, to sample the country’s characteristic pastry en route to the Torre de Belém, a surprisingly picturesque fortified defence tower that’s now a UNESCO site.

When it hits lunchtime, head to LXFactory; a giant creative hub set in a former textile factory. Browse the boutiques and ateliers of up-and-coming designers before grabbing a bite at one of the on-site eateries – Landeau’s chocolate cake enjoys mythical status here. Stop by the Museu Nacional de Arte Antiga – a staggeringly enormous collection of fine art, antique furniture, prints, manuscripts and sculpture – before heading into Principe Real. In a striking Arabian-inspired building in the city’s trendiest neighbourhood, you’ll find Embaixada – an artisanal department store of sorts housing boutiques in each room of the former palace. 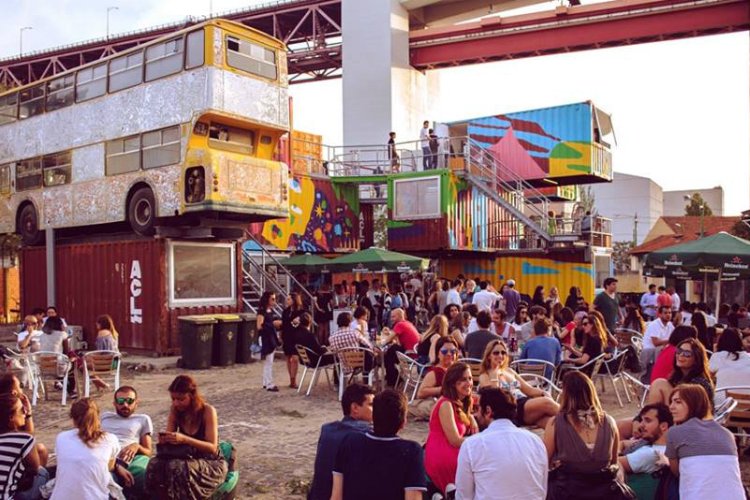 Head down the road to the Pavilhão Chinês for an aperitif, an eccentric cocktail bar entrenched amongst five rooms crammed with bizarre artefacts, collectors’ cabinets, antique prints, stained glass windows and vintage toys. If it’s all a bit much after an intense two days, head to the Hot Clube de Portugal, which is much more refined than it sounds and has been offering live jazz nightly since 1948.

For one final view of the city, hike up to the Miradouro de São Pedro de Alcântara as the sun goes down before setting off for Alma, a Michelin-starred spot from laurelled chef Henrique Sá Pessoa. Here you’ll be presented with upscale twists on typical dishes, like the salted cod served with onion purée and egg yolk; milk-fed veal with parsley root purée and beetroot; and monkfish loin with zucchini flowers and coconut milk. Oh, and the chocolate bomb with salted caramel sorbet.

PS Like whirwind city tours? Check out our guide to 48 Hours in Toulouse