The Best Restaurants In Nashville

The Best Restaurants In Nashville

For a city that used to be known for its ‘meat and three’ (a meat dish with three sides, and plenty of gravy), Nashville’s food scene has rocketed lately.

Because not only can you still net some of the finest Southern delicacies like hot chicken, BBQ and Tennessee biscuits from age-old institutions; you’re also spoilt with some of the most cutting-edge, avant-garde cuisine of the South.

So, whether you like your pickles deep fried or artisanally fermented, here are the best restaurants in Nashville… 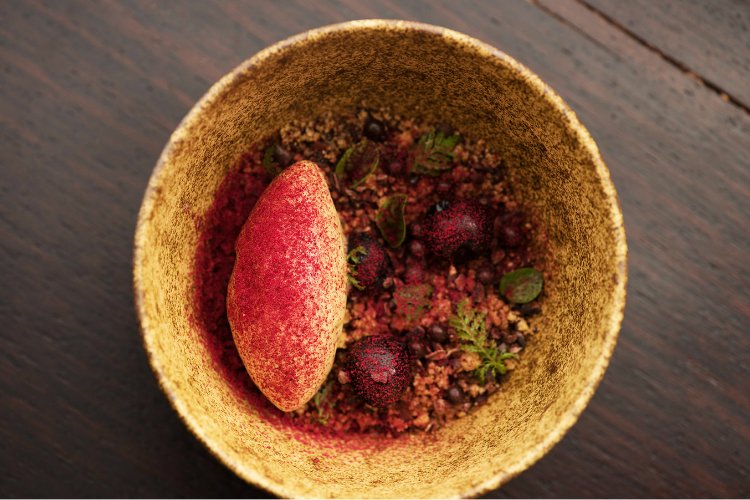 ‘The Catbird Seat,’ in American slang, is essentially the best seat in the house. And that applies to all 22 of the spots around the horseshoe open kitchen here in the most intimate chef’s table experience in Nashville. Led by chef Ryan Poli, the team will serve up internationally inspired, multiple-course tasting menus featuring the likes of smoked potato, sour butter and caviar; and wilted greens with cured egg yolk and coppa, while his brother Matthew puts together carefully paired drinks for each dish.

Having spent the first four years of its life in a shipping container, the wildly successful 404 Kitchen moved across the road this year into a vast, bi-level space boasting Gertie’s Bar on the ground floor (with a 700-strong whisky collection), and the sprawling dining room upstairs. The James Beard-nominated eatery serves up European-inspired dishes, like hand-dived scallop and fried banana crisps on avocado sourdough, and rabbit with ricotta gnudi and kale. 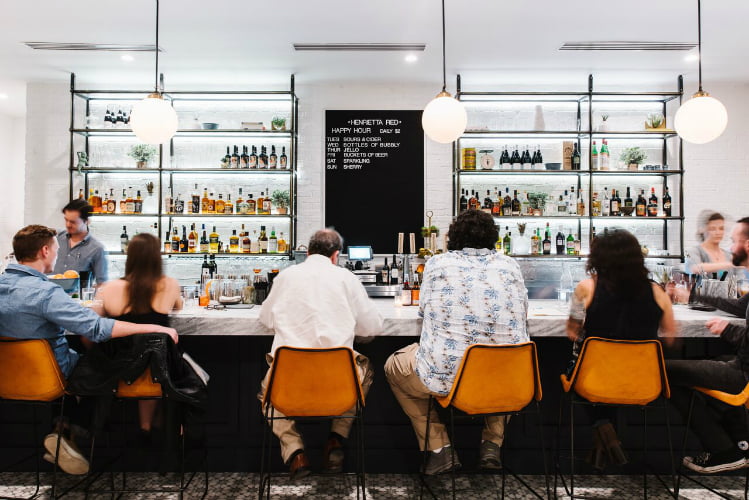 Coming to you from former Per Se chef Julia Sullivan and sommelier Allie Poindexter, Henrietta Red is one of the city’s most popular spots right now. Dishes are kept simple, fired up in the wood-burning ovens or plucked from the raw bar, where you’ll be able to net oysters and red snapper crudo. They also serve a killer brunch, as well as a pretty sweet happy hour deal at their slinky marble cocktail bar.

Peninsula: it really stands out from the rest. Priding itself on Spanish and Portuguese cuisine with the occasional nod to La Belle France, this pared-back dining room is a food-lover’s dream. Sip on top-notch cocktails as you choose between tapas-style plates like pork jowl with anchovy; Morcilla crepe with sweetbreads; and braised rabbit in garlic broth. 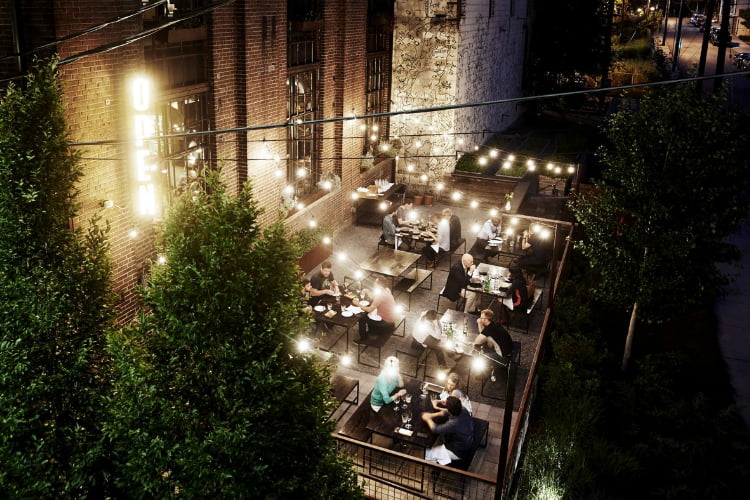 Housed in a raucous, brick-walled joint that could have been lifted straight out of Shoreditch, R&D is a bustling neighbourhood joint led by chef Philip Krajeck. Ahead of the curve for its 2012 opening, it still champions whole-animal butchery, seasonal produce and hand-made pastas – all of which taste equally delicious whether eaten at the long, communal tables indoors or on the festoon-lit patio.

Marché is one of the city’s loveliest grocers; with counters groaning with freshly baked pies and bread; shelves stacked with locally produced honey, cereals and eggs; and an impressive selection of coffee and grape-hooch to boot. And to cap it all off, you can soak up their cosy, rustic atmosphere over a top-rate lunch or weekend brunch. 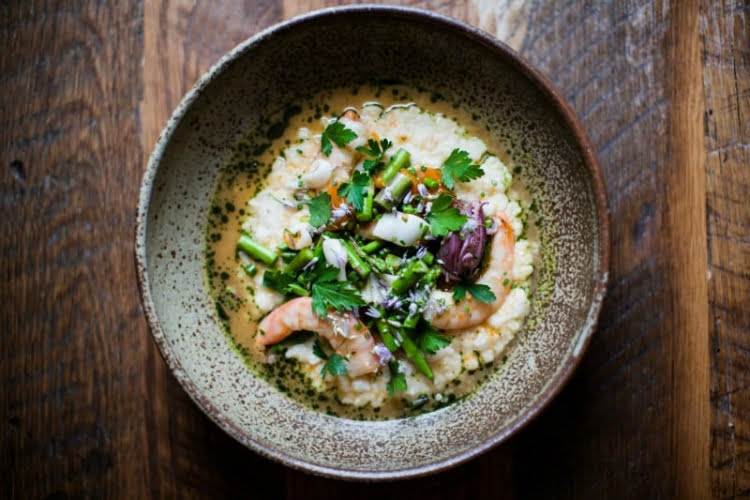 Now in its 5th year of running, this spot’s anything but a husk. Chef Sean Brock (winner of the prestigious James Beard award) is all about the “rediscovery of heirloom products”, which in real terms means tracking down delicious traditional Southern ingredients, and cooking them up into mind-blowingly good contemporary dishes like trout with butter beans and hominy; and rolls stuffed with Cheerwine-glazed pork and pickled onions.

Come for the traditional Tennessee biscuits (fried and topped with lemon mascarpone or served with hot chicken thigh and mustard); stay for their unbelievable brunches, featuring vegetarian grits; skillet potatoes and smoked sausage; and Boursin omelette with a Champagne-tossed rocket salad. 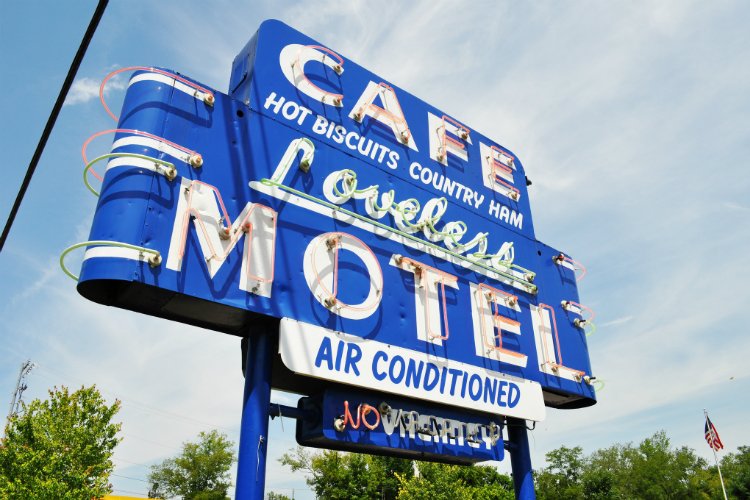 The Loveless Cafe. Paradoxically, it gets a lot of love, with locals frequently making the trek down the highway for its famous biscuits, which USA Today dubbed “Nashville’s second-most-important contribution to American culture.” Open since 1951, it’s a true landmark of the city – order the fried catfish sandwich and soak up the history. 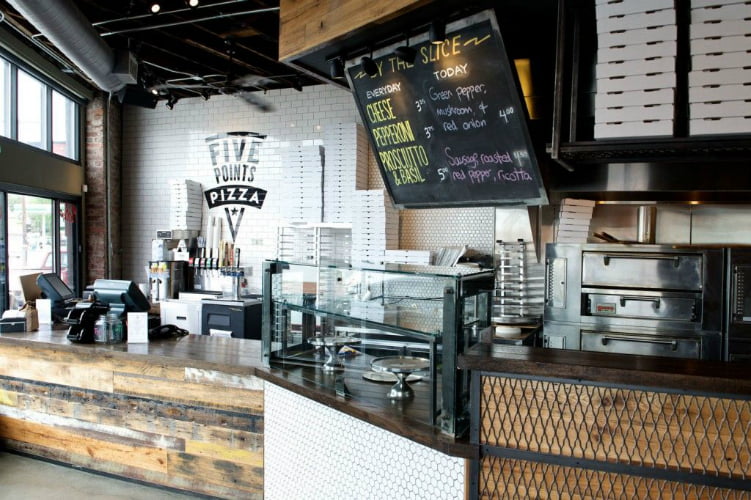 Woolworth on 5th opened earlier this year in a former department store; the site of a historic lunch-counter sit in during the Civil Rights Movement. Much of the old features are still in place, with everything else painstakingly restored or recreated – except for the lunches, which now take Southern ingredients up a level, like the jalapeño cornbread with pulled pork and peach slaw. Don’t miss the basement ballroom, home to regular live music and a poetry night with acclaimed actor Barry Scott. 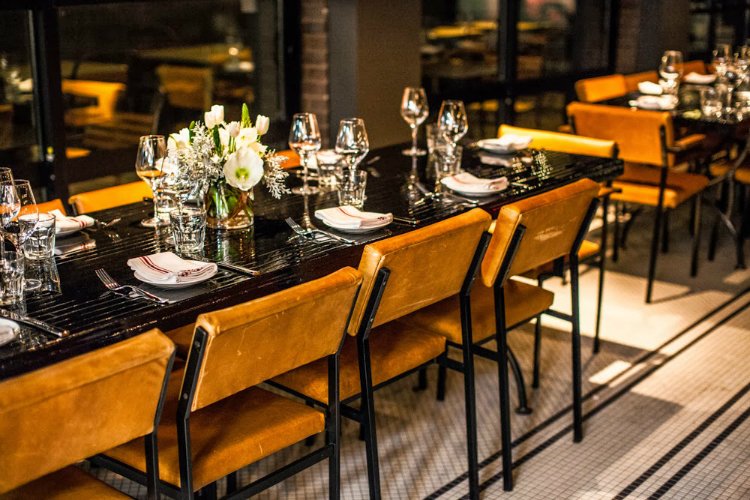 Josephine is home to some of the best high-end Nashville cuisine in the city, serving dishes like hot pan-fried scrapple (a traditional slab of pork trimmings) with frisee and chive; halibut and spring veg on brown butter cornbread; and asparagus soup with Alabama crab and nasturtium. The space itself is sleek, romantic, and just the right level of quirky, with reclaimed bowling lanes for tables.

PS Planning a trip? Check out our Nashville City Guide…