This Hypersonic Plane Could Take You To NYC In 2 Hours

This Plane Could Take You To NYC In Two Hours

Boeing have unveiled plans for an aircraft that can fly 5 times faster than the speed of sound.

It was part of a huge announcement at the (highly alliterative) American Institute of Aeronautics and Astronautics conference, held in Atlanta earlier this week – where Boeing presented renders of a super-streamlined, totally futuristic plane that would be able to fly more than twice as fast as the mere supersonic Concorde.

Flying at Mach 5 (around 3,800 mph), you’d be able to reach anywhere in the world in less than 3 hours. In fact, their chief scientist of hypersonics, Kevin Bowcutt, reckons they could actually make planes even faster than that – but given that “the world’s just not big enough to go much faster,” it wouldn’t be worth the technical hassle. Also, when would you find the time to watch all those films? 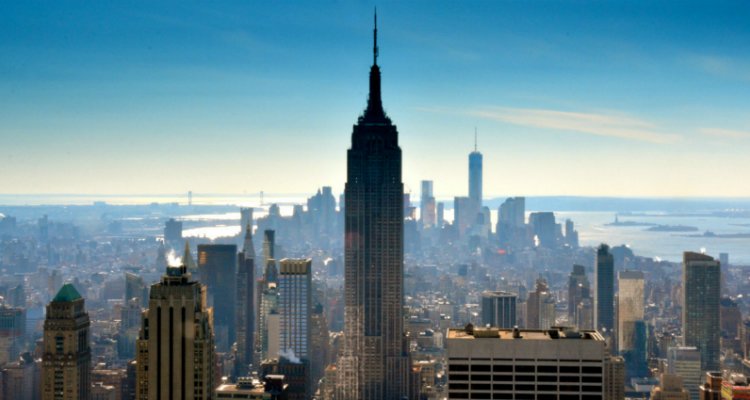 You could be here in 120 minutes… | Crash Test Mike/Flickr

As it is, we probably won’t see this aircraft become a reality for another good 20-30 years, given the sheer amount of complex engineering involved (they’re already drawing on previous designs and missile technology). But there’s a lot in place already – they know that it’d need to cruise at a stonking 95,000 feet (60,000 more than you’ll currently fly en route to your holibobs), which means you’d be able to see the curve of the Earth’s surface beneath you, and the darkness of space above. You’d also feel the initial, gut-punching swoosh of take-off acceleration for a full 12 minutes, but on the plus side you’d experience almost no turbulence at that height – and you’d weigh a bit lighter. Probably not quite enough to relive that sequence from A Space Odyssey, though.

The team are confident, too, that they’ll outstrip the advantages of the ‘global rockets’ currently being developed by the likes of Musk and Branson, pointing out that those models are far more dangerous and unreliable (but, admittedly, overlooking the fact that they would be cool as hell).

In the meantime, they’ll keep working towards a prototype in the next decade, figuring out problems like fuel capacity, autonomous navigation, and of course, the name of the aircraft.

We’ll be voting for Planey McPlaneface.

Travelling to NYC (in more than 2 hours)? Find the best restaurants, bars and things to do in our New York Guide

The Big Apple. It’s already making us hungry. And New York’s world-class dining scene does not disappoint, so hereR...