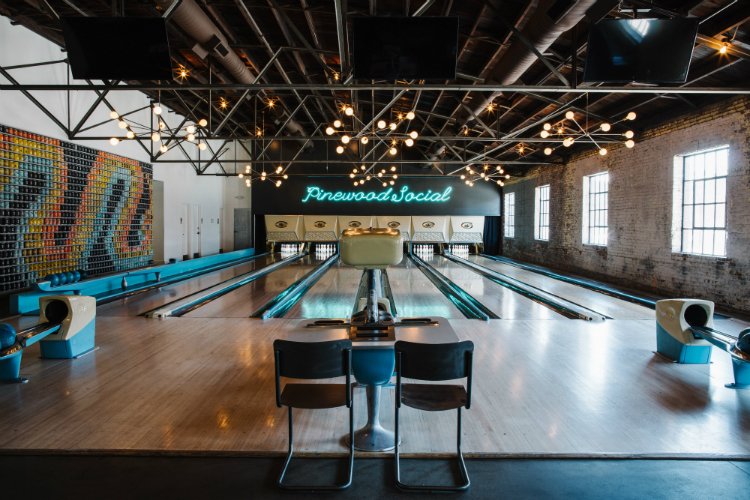 The Best Bars In Nashville

The Best Bars In Nashville

You can always be sure of a good bass to your cocktail.

Especially if it’s whipped up for you by one of the talented folks manning the bars below – because we’ve rounded up the very best spots in the city for a tipple; from authentic honky tonks with live country bands, to hidden bars, suave cocktail dens, and what amounts to a nightly house party taking place in a converted Victorian-era house.

So without further ado, the best bars in Nashville, Tennessee… 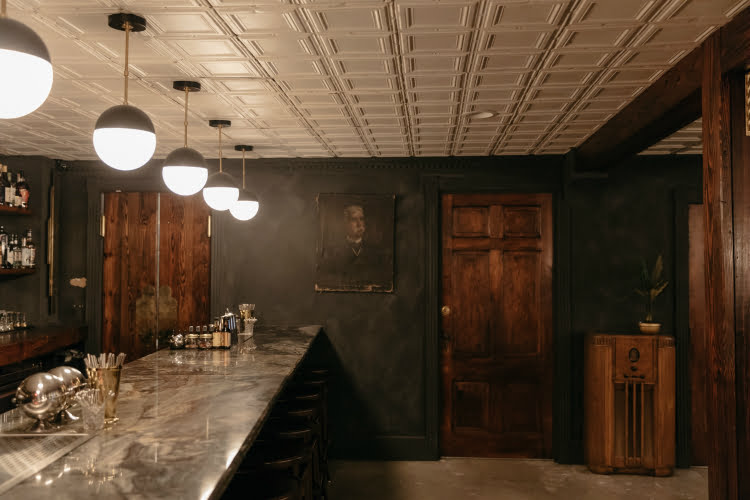 The Fox is just straight up beyootiful, with peeling portraits and antique lighting dotted around the dark, mottled walls; understated retro leather seating; and a gleaming marble bar – behind which the barkeeps are performing all kinds of wizardry. Get there early midweek to snap up the $5 Old Fashioned, or upgrade to one of their own inventions, like the Garden Margarita on tap – laced with avocado, agave, coriander and bell pepper.

Rosemary’s gone from 0-60 in its first year of opening, quickly becoming a neighbourhood favourite. Set in a nondescript, lemon-yellow Victorian-era house in an otherwise residential spot, the vibe is that of a relaxed (but very stylish) house party, with a disco/funk soundtrack, plush sofas in the Study; $10 cocktails; and the best bar snacks in Nashville courtesy of the caravan parked in the festoon-lit back yard, like the fried PB&J bao. 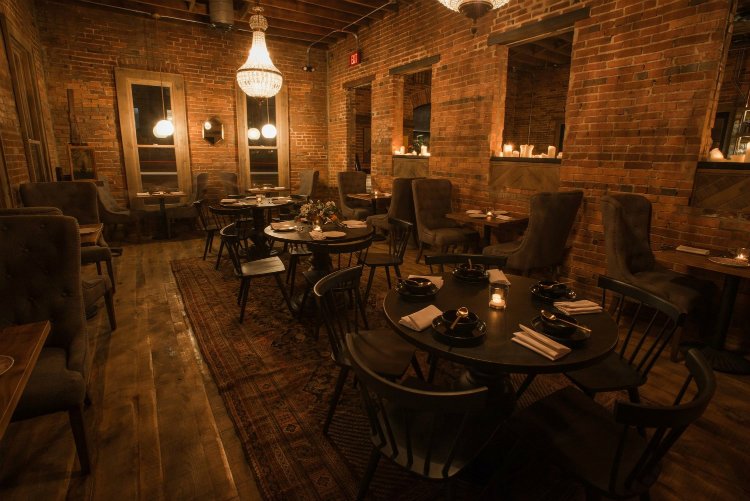 Old blacksmith’s shops. Open a bar in one, and people might just think it’s a forgery. But despite opening just this year, Geist already seems to have the Nashvillians on board – unsurprising once you’ve taken in its suave cool-bar interiors, delicious (and veg-friendly) dishes, and refined cocktail list, including a couple of guest imports from NOLA and NYC.

Tacked onto this proud Nashville-based brewery is The Hop Yard – a sprawling beer garden where you can enjoy their freshest exports. Sip signature suds like their Ruby American pale ale or limited edition saison numbers like the Firestarter (a smoked pumpkin porter), while you chow down on dirty Southern grub like the Nations Burger (made with house-cured bacon, Boursin, and beer mustard) and Fried Green Tomato Salad, drizzled with their 2-Hop vinaigrette.

Housed in a room that’s half stripped-back warehouse, half elegant dining room, Pinewood’s a hot-desking workspace and restaurant by day, and serious playhouse at night. You’ll find six reclaimed vintage bowling lanes from Indiana; an airstream parked out back serving bar snacks and cocktails; and a patio (with bocce, ping pong, and two dipping pools) on which to enjoy them. Try their Red Hook, made with pink tequila rested in the bar’s own private rye cask at Código 1530.

Black Rabbit is a dependably sleek joint housed in an industrial Printers Alley den, where exposed brickwork and glossy black ironwork is offset by velvet Chesterfields, Persian rugs and a roaring fire. Here you’ll be able to sip four twists on the Old Fashioned, a wide selection of beers on tap, and a solid take on classic cocktails. Plus, there’s some guilt-free bar snacks to go with it, courtesy of their wood-fired oven, in which they’re scorching meats, veg, and oysters. 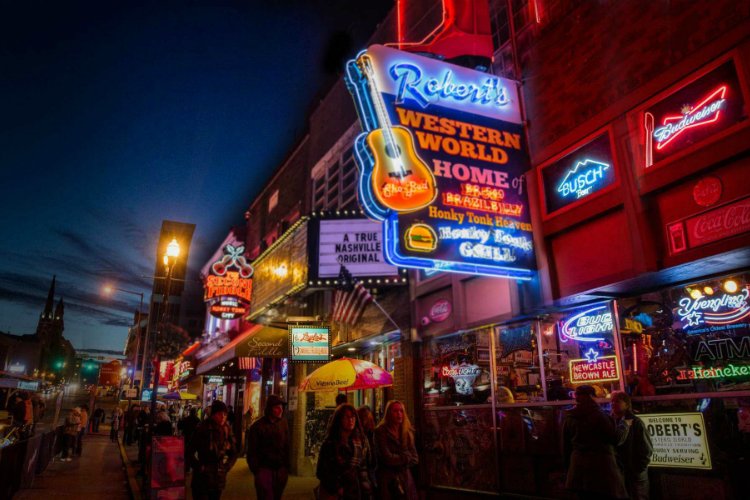 It’s just got to be done. Robert’s is the ultimate honky tonk-meets-dive bar huddled amongst the iconic, neon-clad Broadway strip. Inside, you’ll find pretty much non-stop live country music, one of the city’s most lauded fried bologna sandwiches, and ice-cold PBRs (Pabst Blue Ribbon, the Stella of America), sipped by hipsters and country fans alike.

The Patterson House is vaunted as one of the city’s first craft cocktail bars, with the interiors to match – all tin panel ceilings, smooth mahogany bars, and candle-lit booths. Assisting the mountain of bottles behind the bar is a raft of house-made tinctures and infusions, as well as eight different types of twice-filtered ice – all of which are combined to make around 45 different cocktails on the menu. Plus, if you ask nicely, a few off it, too. 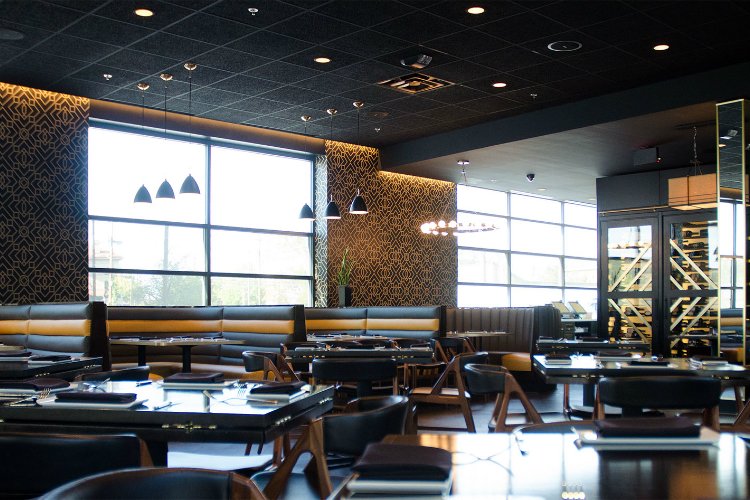 Union Common, appropriately for its location, has the look of a super plush recording studio; with big warehouse windows, retro leather booths and splashes of gold detail. The drinks list is equally suave – come here for a well-made classic, the strong bourbon line-up, or one of their own inventions like the Noir No. 1, with bourbon, amaro, walnut liqueur and Earl Grey syrup.

B B King’s Blues Club | Downtown

If and when you reach full honky-tonk saturation point, head to B B King’s for some good ol’ fashioned blues from their excellent house band. In a sweet Downtown spot overlooking the river, the joint’s decked out with portraits of old blues stars, and serves up cold beers on tap and a buffet of classic Southern finger food. 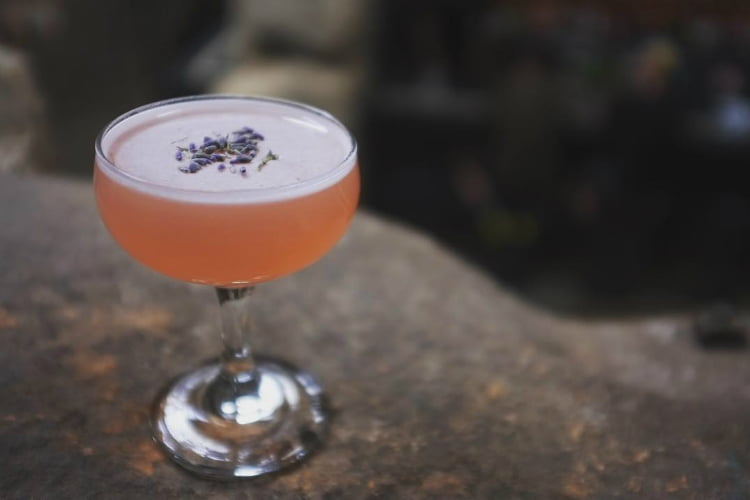 There was quite a buzz when Old Glory opened in the boiler room of an old steam cleaning facility. But it was more than a load of hot air. In this unique, rejigged industrial space, you’ll be invited to sip on bespoke shots and chasers, or cocktails like the Panther Panther (whisky poured over a frozen cube of cold brew), or the Oaxaca Sunset (with mezcal, Campari, vermouth and walnut). There’s no signpost; just look for the golden triangle around the door.

PS Need somewhere to crash after all that? Check out our guide to the Best Hotels in Nashville.