There are two ways to get into Soho’s newest private members’ club.

One will land you in court.

The other will land you in The Court.

Either way, you get to be the judge of why it’s worth trying, and there are some very compelling reasons…including the bar menu (designed by one of the world’s best mixologists); and the food menu (created by a Michelin Star-winning chef). But we’re going to start at the front door, which is set into an innocuous, understated facade on Kingly Street.

Behind it is a small, indigo-clad reception area where a sleekly dressed greeter will check you’re armed with your satisfyingly thick, metallic, lion crest-stamped membership card, then usher you and your guests downstairs. 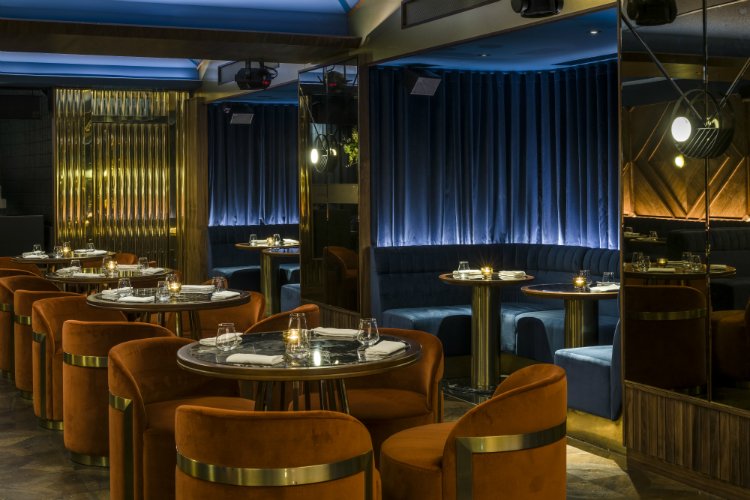 Here, stretching out before you, is the achingly beautiful Art Deco den that is The Court. It’s an evocative, dark, moody blend of ’20s-style brass, velvet, wood, and leather. The vibrant artwork punctuating the walls is all curated & painted by in-house artist Bradley Theodore. The space itself actually is a former music venue (the Bag O’ Nails, were everyone from Hendrix to The Stones, to The Beatles played – McCartney even met his wife there) so it stands to reason that you’ll hear the tinkling of the ivories on the house piano, which is played live every night.

Your eye will be inexorably drawn to the bar; a slick semi-circle of green marble jutting out of the wall where you can sample the fruits of Ryan Chetiyawardana’s intoxicating labours (cocktails, that is). For those who don’t know the name, he also goes by Mr Lyan, and is responsible for Dandelyan, which was literally named the World’s Best Bar last year. The menu he’s designed includes the likes of the Sayre Negroni (which blends Sri-Lankan-spiced gin with and oak-aged Martini), and the Wild at Heart (“a champagne Aperol Spritz, but lighter”). 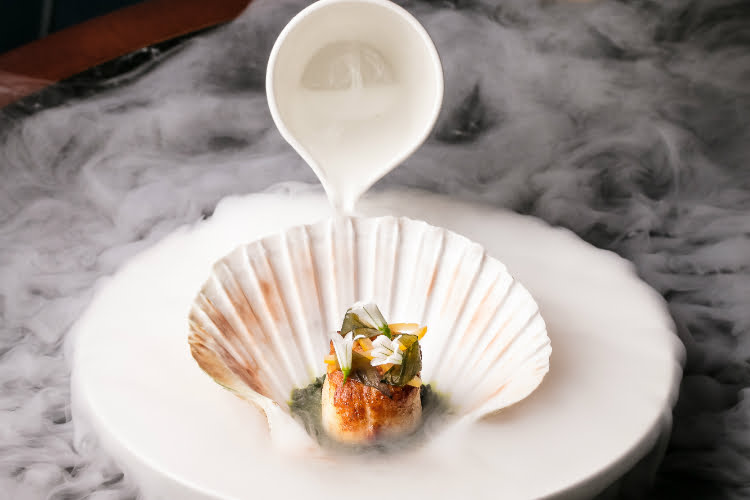 Beyond that, you’ll find the alcove-filled restaurant area in front of the stage. Here, Tom Sellers – who received his first Michelin Star at the age of 26 – is overseeing a menu of Modern British dishes like Cornish sea bream ceviche with pomegranate, red chilli and coriander oil; or roasted & raw heritage beetroot with horseradish.

NOTE: The Court is open now. Membership costs £600, with a joining fee of £250. You can find out more, and apply for membership at their website right HERE.