They’re always making an exhibition of themselves.

And in London we’re lucky to have an ever-evolving roster of retrospectives, new commissions and fascinating deep dives into the world of art, history, and sometimes both at the same time. Right now, you can check out the feminist performance art of Carolee Schneemann; the cutting edge of African fashion; some pottery advertising 17th century prostitutes; the squashed instruments of a 60-piece brass band, and more…

Of course, you can also see the permanent collections at most of these museums for free – take a look at our guide to the best museums in London, or for something a little different, the most unusual museums in London. 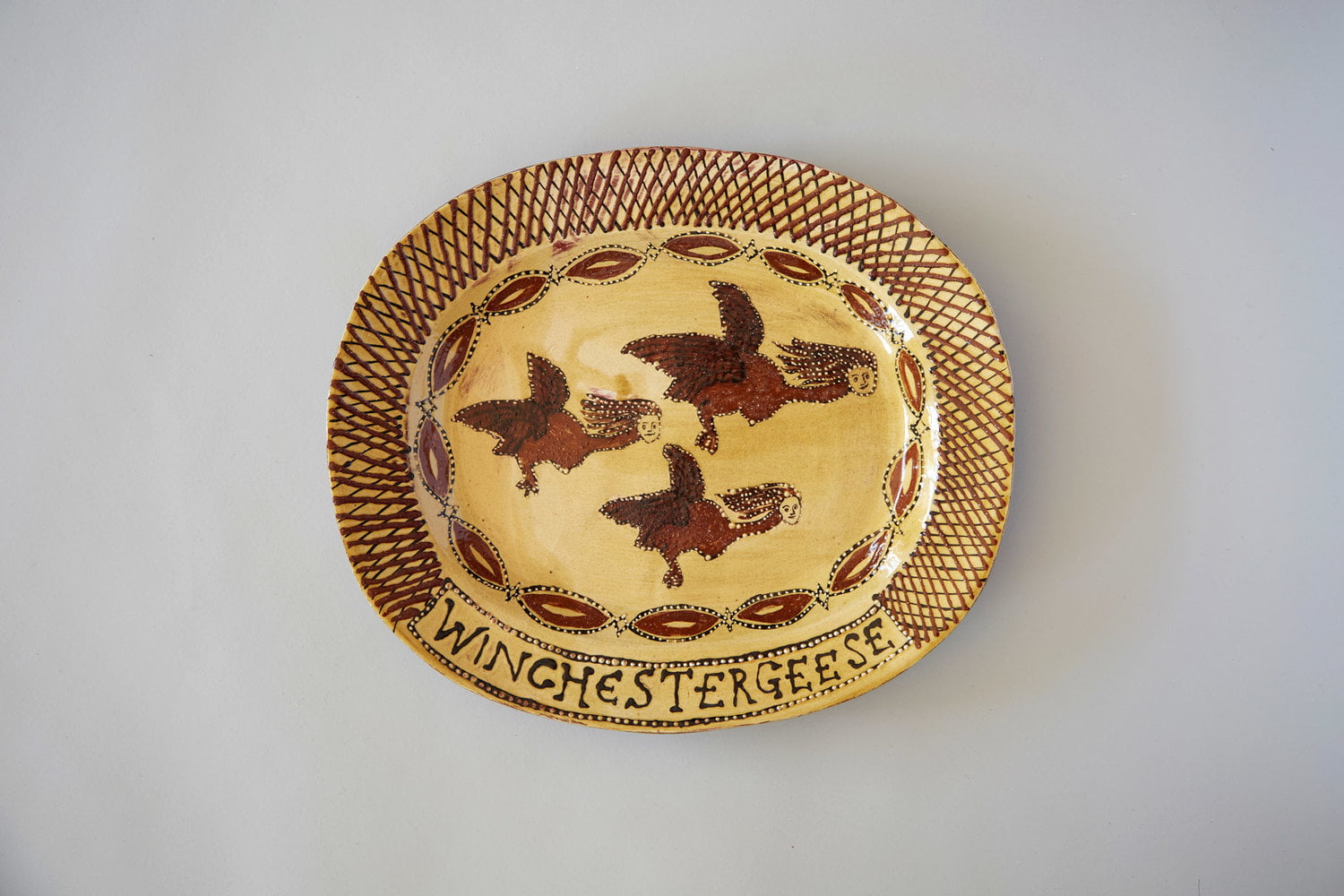 The Museum of Sex Objects apparently began with the collection of one Lady Sexburga in the 7th century. Now, a string of ‘Keepers’ hand the collection down from one generation to the next, the exhibits marked with a red ‘X’. At first glance, this might sound like a display centred around its shock factor – whips made of human hair, spanking branches, and so on – but it’s a surprisingly coherent account of Londoners’ attitudes towards sex over the centuries; a slice of social history that’s rarely seen.

Details: The Museum of Sex Objects is on display at the Horse Hospital, Bloomsbury, until 30th September. Entry and tours are free, though donations to the Horse Hospital – one of London’s most unusual underground arts spaces – are gratefully received. 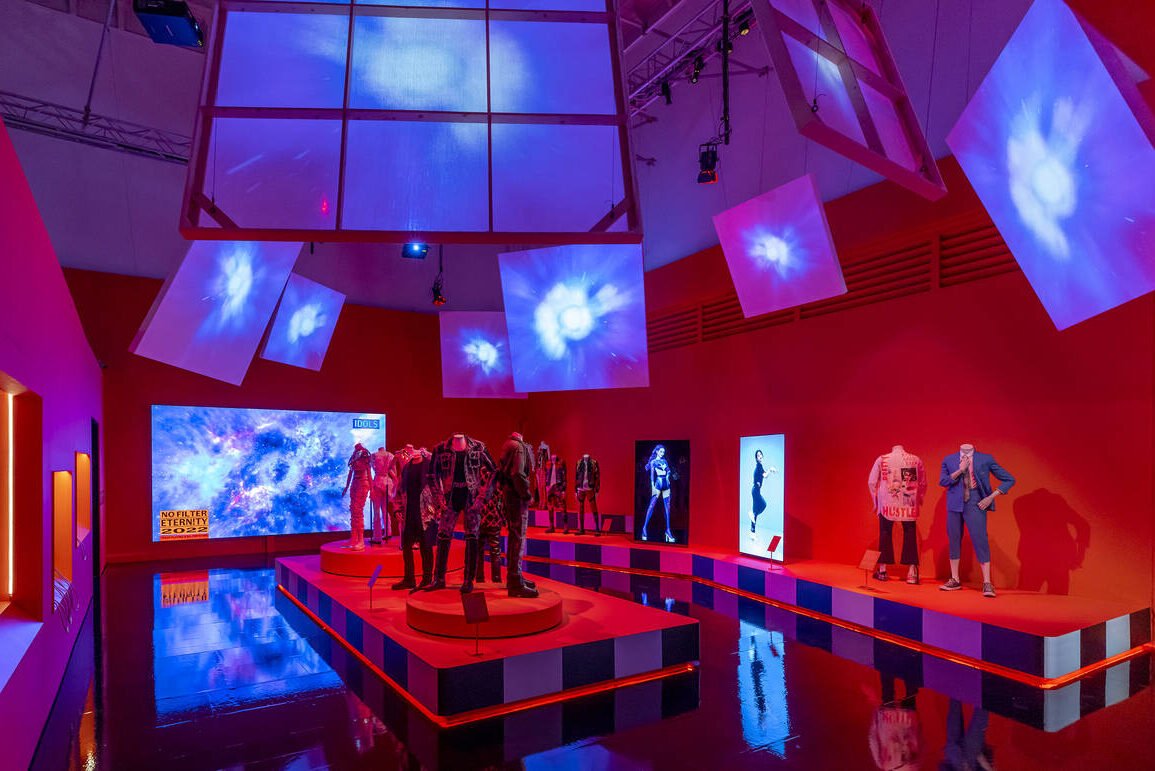 This blockbuster exhibition attempts to condense some of the vast cultural output of South Korea from the last seven decades into one show, and explore why K-Pop, K-Beauty and K-dystopian TV series have such global appeal. And it does a pretty good job of such a colossal task, with outfits worn by BTS and costumes from Squid Game, high-fashion interpretations of the traditional hanbok, dazzling sculptures, film clips, and more. 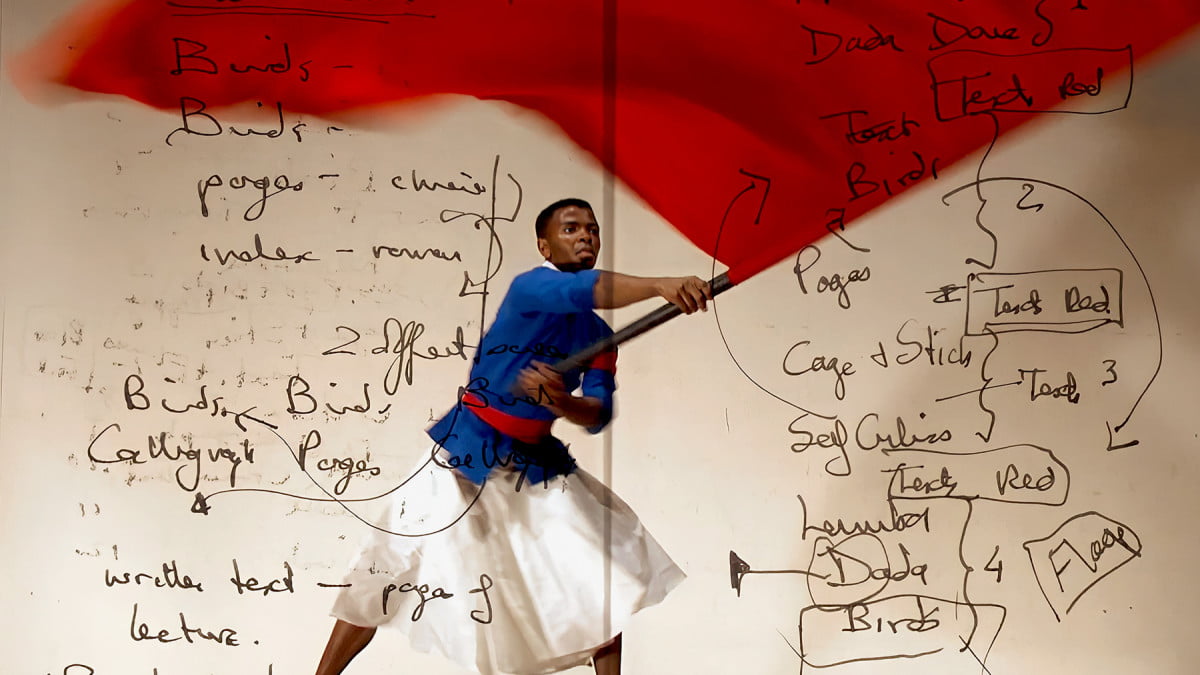 After its barnstorming retrospective of Francis Bacon’s work earlier this year, the RA turns to another artist racked with passion and fury; this time directed at the cruelty and injustice inflicted under apartheid. Kentridge’s vast output over the last 40 years has spanned all kinds of artistic practice, from tapestry and etching to film-making and even opera, and it’s those last two that make up the showstopper main room of this powerful exhibition.

Details: William Kentridge is on at the RA until 11th December. Tickets cost £22-24.50, and can be booked HERE. 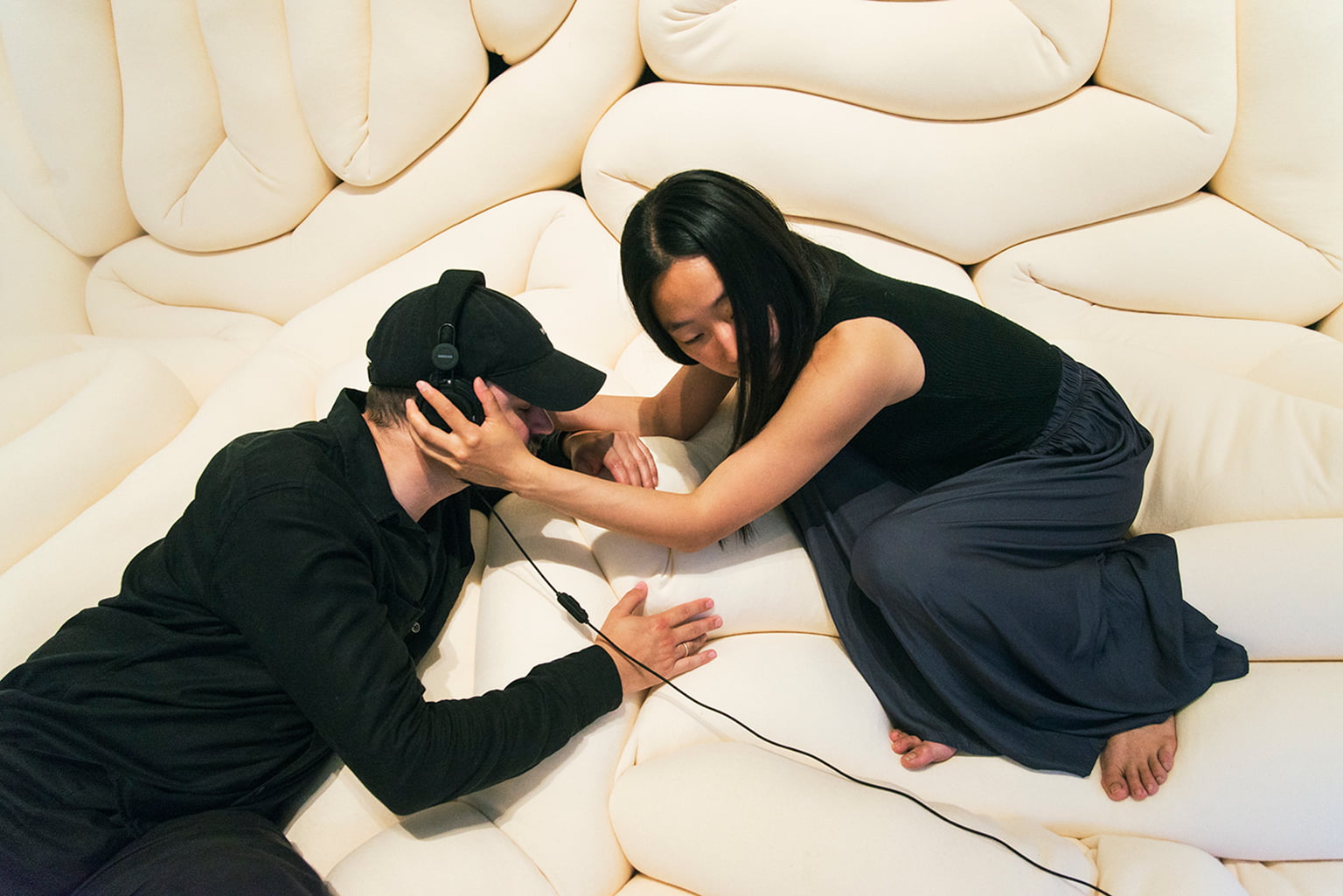 It may help to imagine reading the following in a very breathy, intimate voice punctuated by chewing gum: The Design Museum is about to host an exhibition all about ASMR, with acoustic installations set up in a huge, comforting space. There’ll be contributions by classic ASMR creators like HairCut Harry, as well as big names like Björk, Bob Ross, and, er – Ikea.

Details: Weird Sensation Feels Good runs at the Design Museum until 16th October. Tickets cost £10.50-12, and you can book HERE.
– 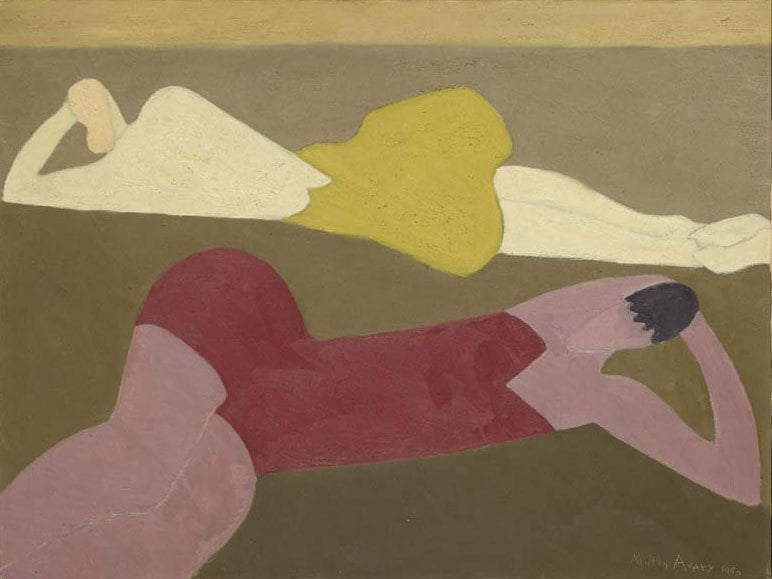 Connecticut-born Milton Avery only started to paint full-time at the age of 40, reaching the zenith of his career in his 70s (in the mid-20th century) – and The RA couldn’t have picked a better artist to serenade the summer. You can almost feel the heat rising from his saturated works, which rely on colour to convey expressions, perspective and setting. No surprise, then, that this retrospective – his biggest ever in Europe – has received such rave reviews.

Details: Milton Avery: American Colourist runs at the RA until 16th October. Tickets cost £16, and can be booked HERE.
– 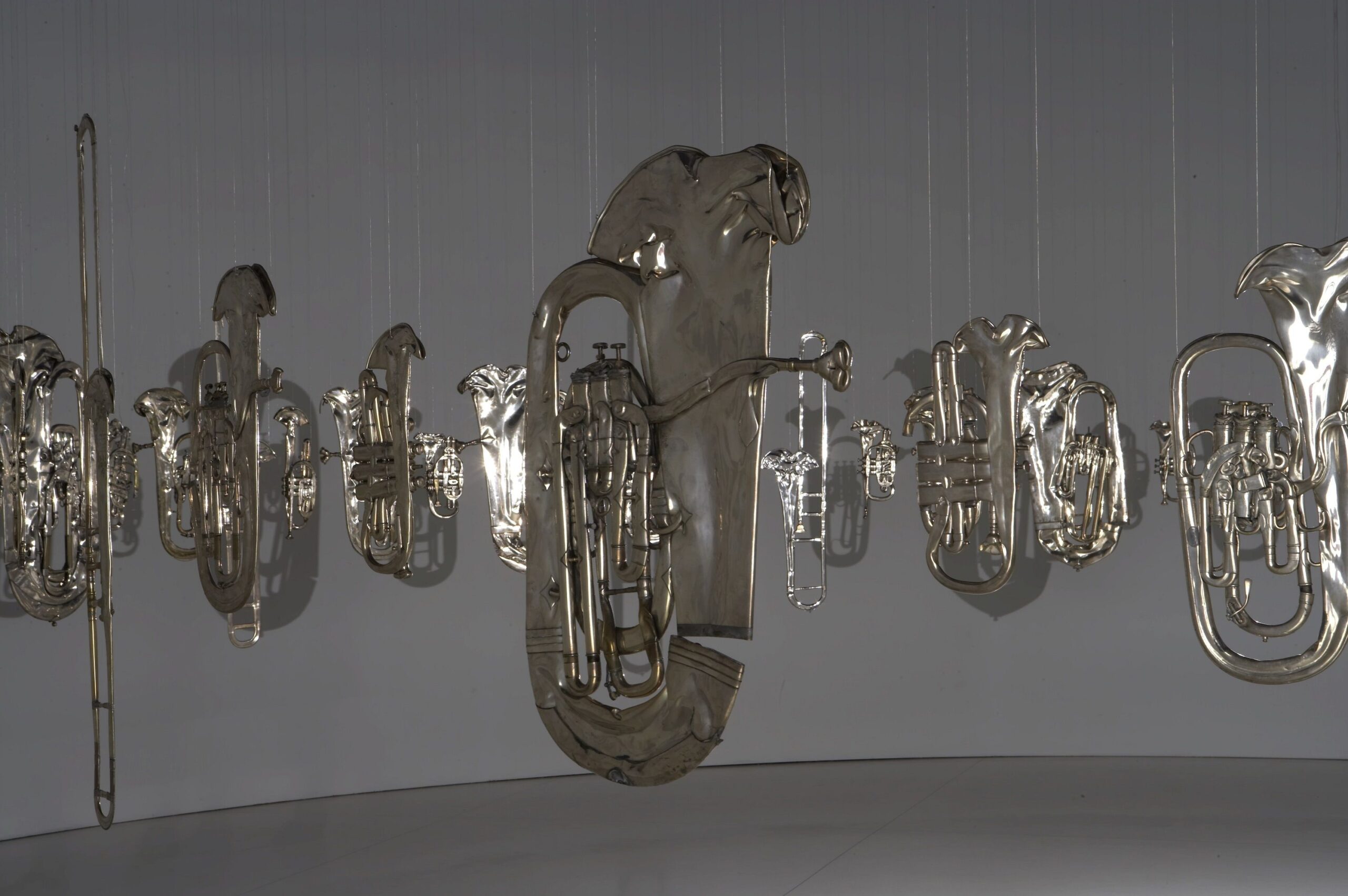 You’ve probably seen Cornelia Parker’s work somewhere. She’s the installation artist who delights in squashing, smashing, or bursting things, and suspending them in mid-air. And this major show includes some of her biggest hitters, including exploding sheds; the flattened tubas of a 60-piece brass band and a doll sliced in two by the same guillotine that executed Marie Antoinette.

Details: Cornelia Parker is on show at Tate Britain until 16th October. Tickets cost £16, and you can book HERE.
– 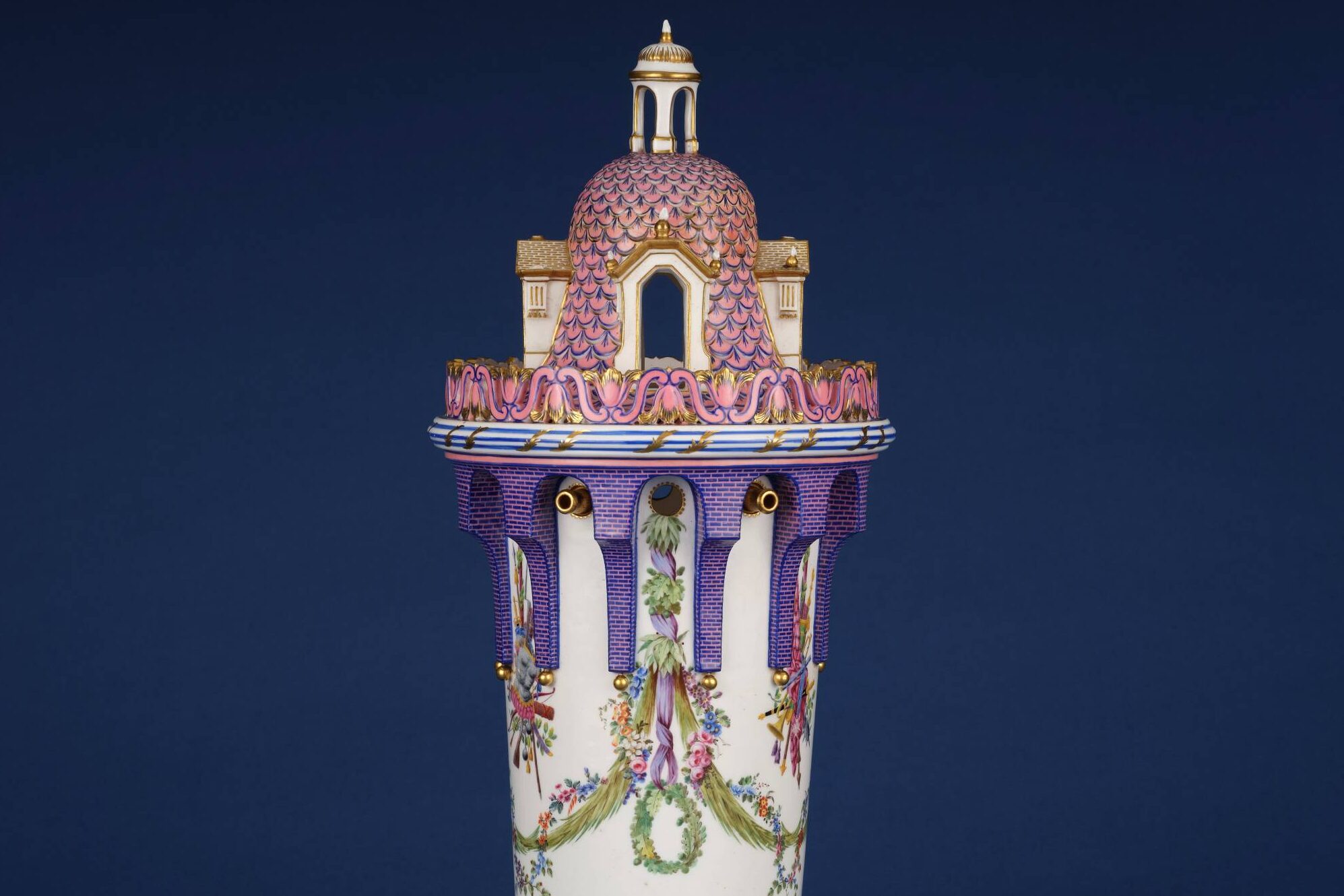 This inventive exhibition has quite an unusual slant to it: it’s concerned with the inspiration Disney’s studios have found in French decorative arts from the 18th century. Flush with a spring-like palette of lilacs, pinks, sage greens and baby blues, it displays rococo clocks with costume sketches for Cogsworth; home movies of Walt and his brother exploring Versailles in 1935; meticulous sketches of Cinderella’s ballgown transformation in a cloud of individual, hand-drawn twinkles of magic. And The Wallace Collection’s gilded rooms are the perfect setting for it.

Details: Inspiring Walt Disney runs at The Wallace Collection until 16th October. Tickets start at £14, and you can book HERE.
–

Damien Hirst has made 10,000 paintings of spots. Each one has a corresponding NFT, and the buyers were given a simple choice: keep the original, or keep the NFT version. Around half those original paintings have been abandoned, and are hanging in Hirst’s Newport Street Gallery, ready to be burned at the end of the month. His view is that the act of ownership and transferral is The Art. Critics can’t decide if it’s a Comment on the Absurdity of The Art Market or just Cashing In on the Absurdity of the Art Market. Unfortunately, we’ve all missed the most exciting part of the exhibition – some renegade called Victor who came to the opening night, bought some plates in the gift shop and smashed them on the floor, swearing heartily, as his own response to the show.

Details: The Currency is on display at Newport Street Gallery until 30th October, and is free to visit. The paintings will be burned throughout the last week; timings will be advertised here.
– 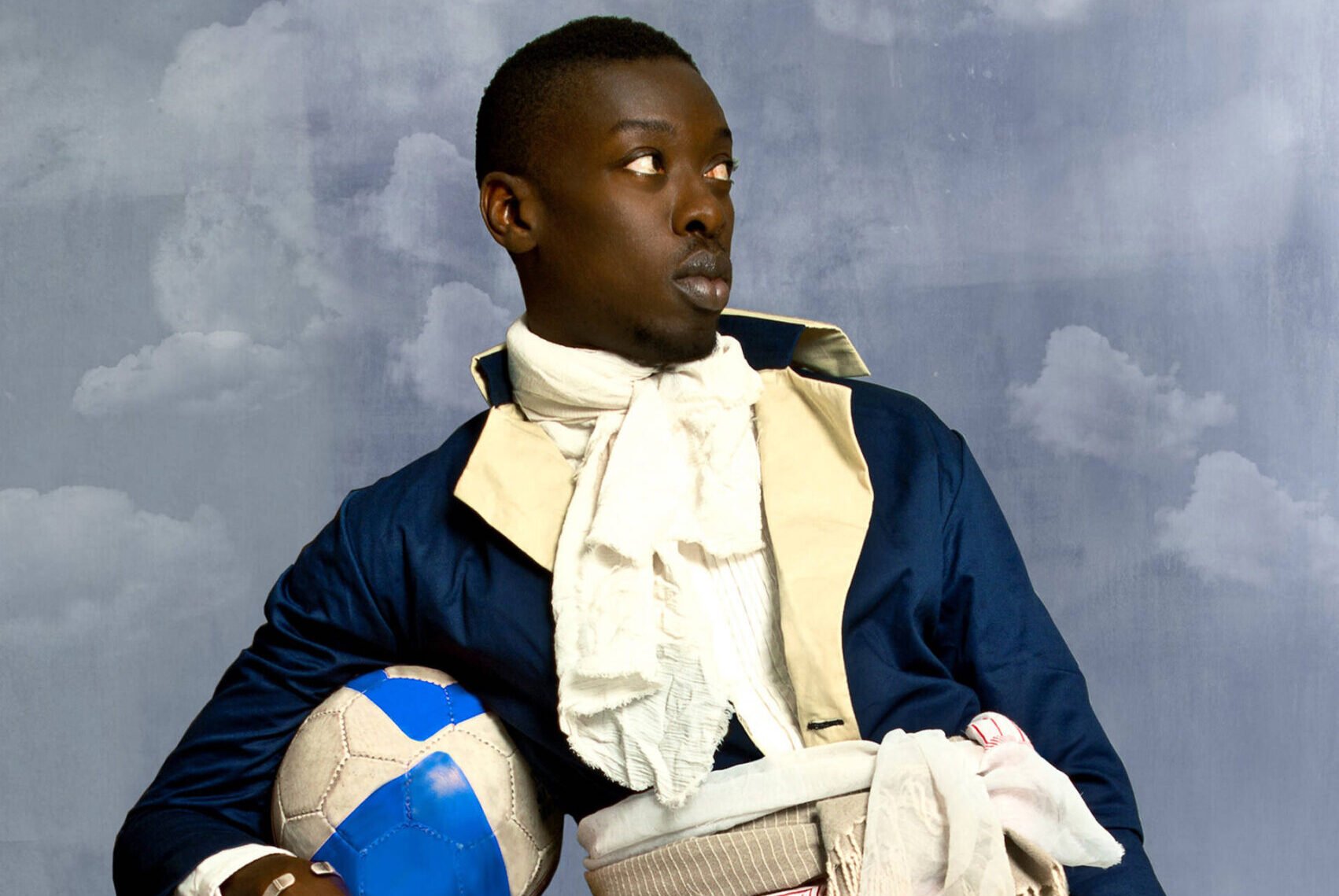 If you’re interested in the relationship between fashion and gender, the V&A’s new exhibition’ll suit you. Through three gallery spaces, it’ll look at men’s fashion through the centuries and how it’s both constructed and subverted ideas of masculinity, bringing together outfits worn by figures like David Bowie; clothing designed by Gucci; film; photography; and historic treasures from the rest of the V&A’s collection.

Details: Fashioning Masculinities runs at the V&A Museum until 6th November 2022. Tickets cost £20, and you can book here.
– 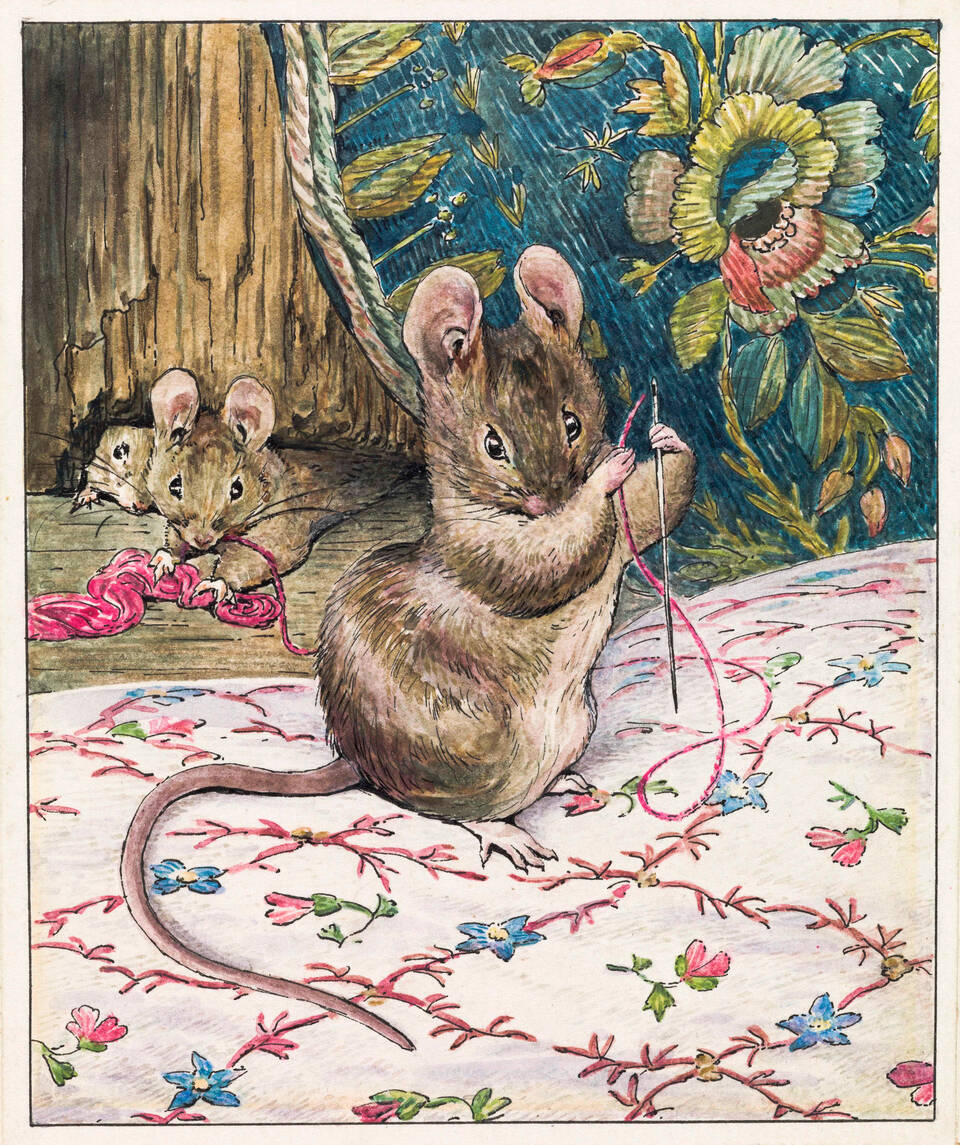 Beatrix Potter was a skilled mycologist, a scientific illustrator, an ardent conservationist, and the reason that there’s a cocky CGI bunny voiced by James Corden on the side of every London bus. And you’ll find some of her wonderful work on display at the V&A’s latest retrospective…

Details: Beatrix Potter: Drawn to Nature runs at the V&A until 8th January 2023. Tickets cost £14, which you can book here.
–

The Migration Museum’s latest exhibition shines a light on how migrant entrepreneurs have shaped the UK and created iconic brands and products, from Soreen fruit loaf to Morley’s chicken. They’ve recreated an entire high street inside, where you can hear the personal stories behind the household names. Don’t forget to exit through the gift shop – it takes the form of a pop-up marketplace for local businesses with migrant roots.

Details: Taking Care of Business runs at The Migration Museum in Lewisham for the near future. Admission is free; just turn up.
– The National Gallery‘s retrospective of Winslow Homer aims to introduce English audiences to this great American artist. Working in the 19th century, he started out producing sketches for news outlets during the Civil War, but later turned to painting, largely self-taught, to depict the lives of Americans in the aftermath (there are particularly arresting scenes of freed enslaved people meeting with former owners). Accompanying these charged figurative paintings are roiling seas and forbidding cliffs – Homer’s odyssey is a fascinating one.

Details: Winslow Homer: Force of Nature runs at the National Gallery until 8th January 2023. Tickets cost £12 and can be booked HERE.
– 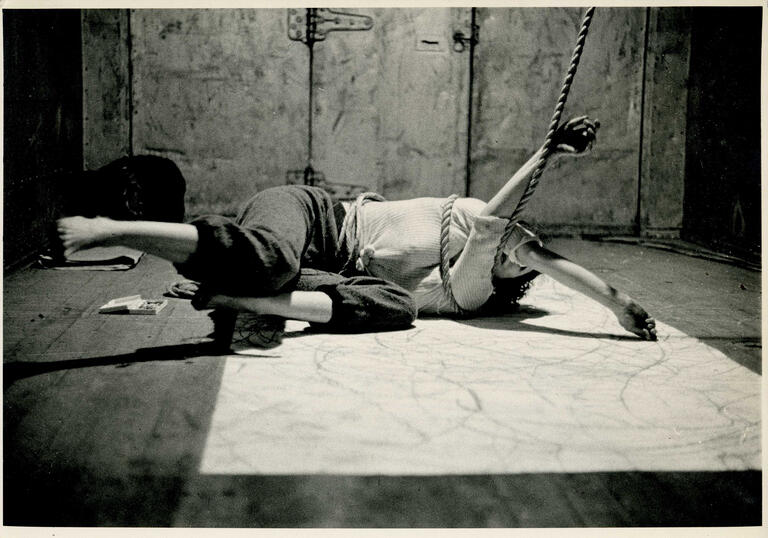 This one’s a doozy: Schneemann was one of the most prolific, provocative and exciting performance artists of the 20th century, and this is the first major show of her work since she passed away in 2019. Featuring rare archive footage and over 200 exhibits, it’s a sprawling retrospective that shows just how many Big Topics she engaged with, from the objectification of women to the horrors of war.

Details: Carolee Schneemann: Body Politics runs at the Barbican until 8th January 2023. Tickets cost £18, and can be booked HERE.
– 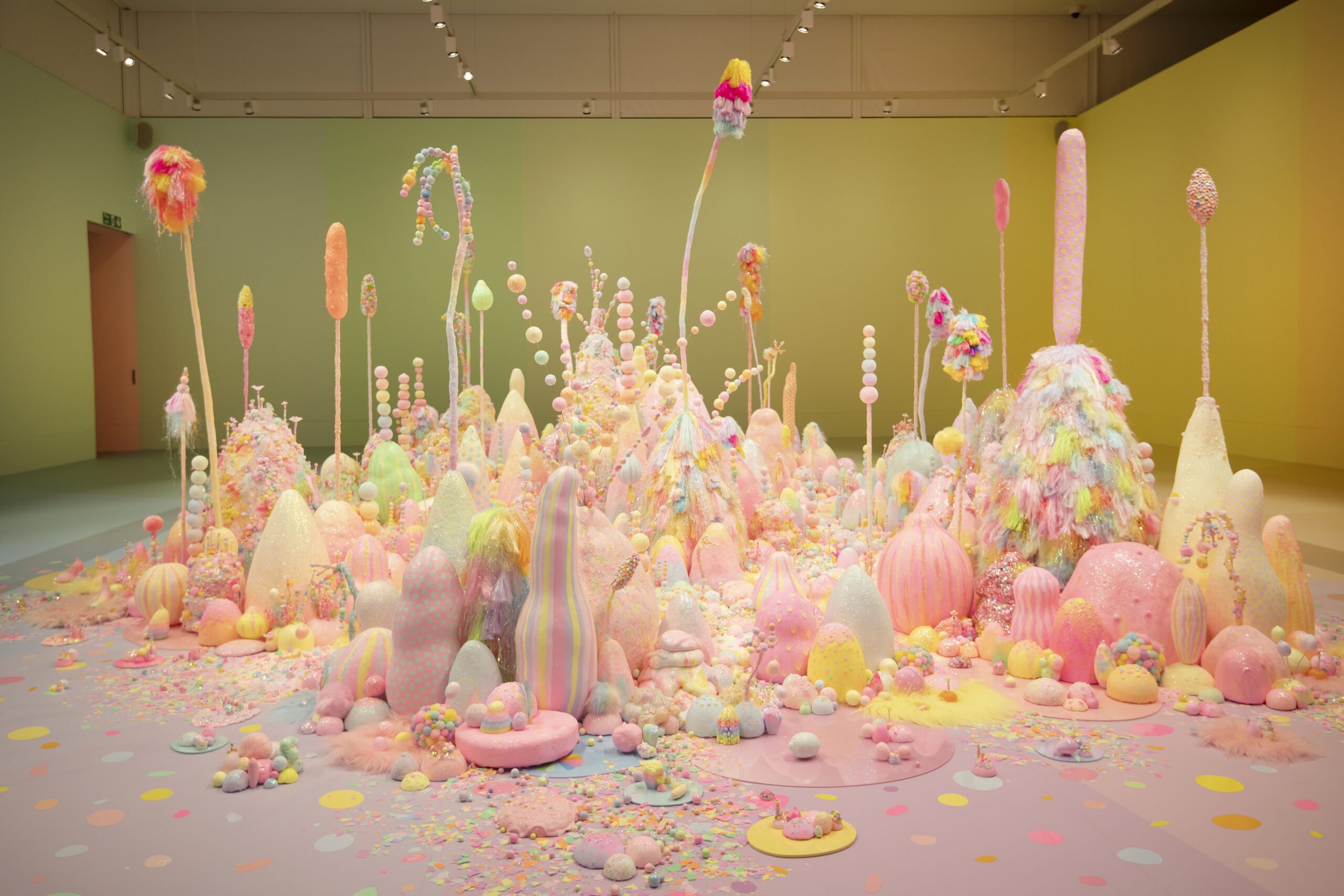 To say Pip & Pop – a.k.a. award-winning Aussie artist Tanya Schultz – likes colour is an understatement. For the next ten months, she’s filling an exhibition space at Kew Gardens with her mind-meltingly psychedelic ‘fantasy food landscapes’, filled with rainbow hues, pompoms and glitter…

Details: Pip & Pop’s display is part of Food Forever at Kew Gardens, open until 5th March 2023. Entry is included with admission to Kew (£15), and you can book here.
– 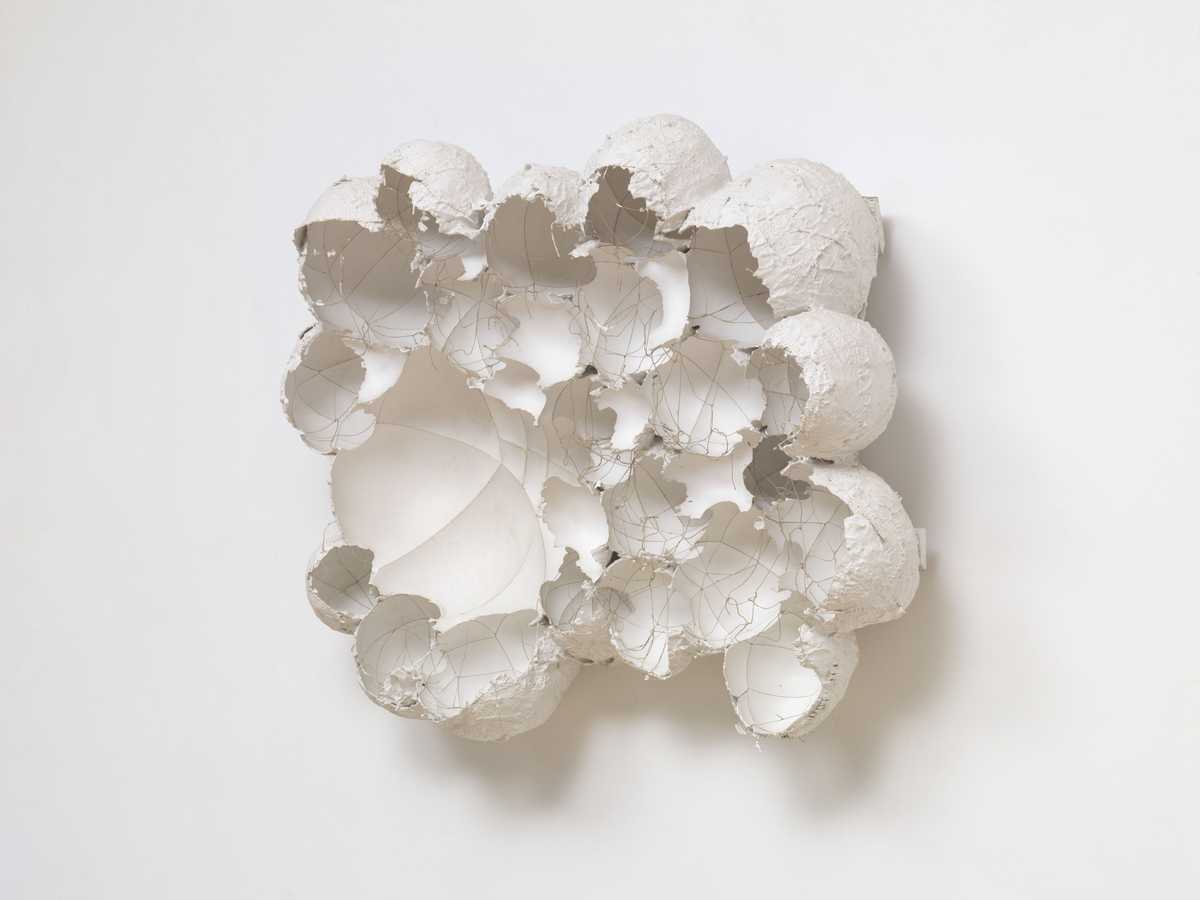 The innovative Slovak artist revolutionised sculpture with her approach of hand-made plaster casting, using balloons to create natural-looking forms resembling nests, hives and bubbles. Which is lovely to look at – though people must have felt like walking on eggshells in her studio.

Details: Maria Bartuszová is on display at Tate Modern until 16th April 2023. Tickets cost £16, and can be booked HERE.
– 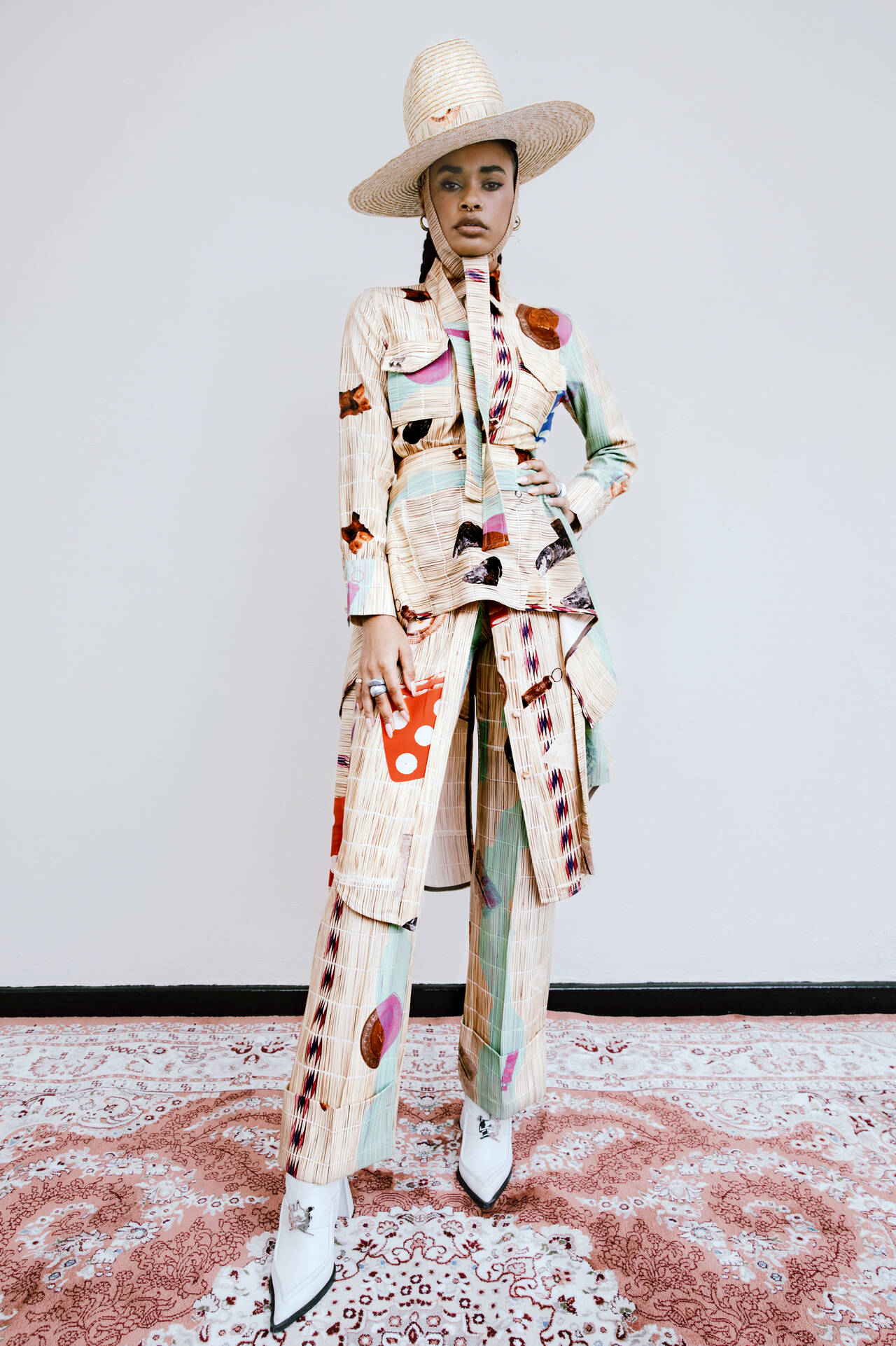 Over at the V&A, it’s African fashion under the spotlight as photographs, designs and jaw-dropping garms go on display. Drawn from across the continent, they range from Moroccan avant-garde haute couture to century-old textiles and revived traditional dress, giving a whistlestop overview of the varied and wide-reaching influence on fashions around the world. 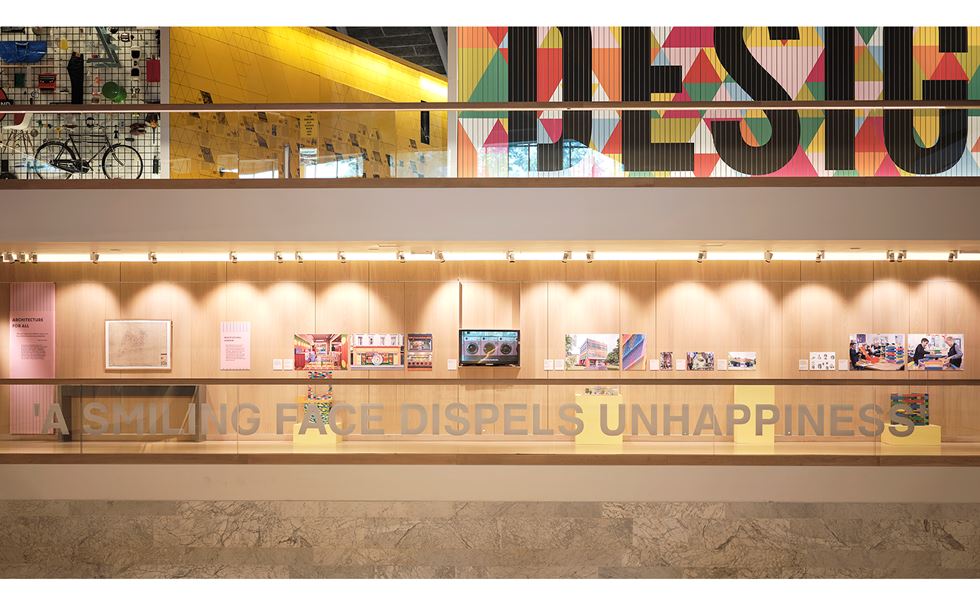 Even if you’ve not seen his name attached to it, you’ve probably already seen Yinka Ilori’s art. The British-Nigerian artist has been responsible for injecting joy into all kinds of public spaces over the past few years – from street crossings and pavements to laundrettes made out of Lego – and this free display at the Design Museum explores why his bold, colourful style is so irresistible, and the process behind his work, with over 100 vibrant exhibits to check out.

Details: Yinka Ilori: Parables For Happiness is on display at the Design Museum until 25th June 2023. It’s free, just turn up.

A Dazzling, High-Tech Immersive Art Show Is Headed Our Way Every square millimetre of space will be covered in iconic artworks, from the walls, to floors, the ceiling, and indeed you.

In The Black Fantastic Artists across the African diaspora are united in their use of myth and sci-fi in this exhilarating show.

Coco Chanel at the V&A Chanel is crossing The Channel for the first major show the country’s ever had about the fashion icon….