Noël Coward was an extraordinary man who led an extraordinary life, and now a free exhibition at the Guildhall Gallery is throwing a little light on the man, the myth he created, and that star quality that surrounded him. He made his West End debut as a playwright almost exactly 100 years ago, at the age of just 19, and went on to produce over 50 plays, write hundreds of songs, dozens of screenplays, poems, short stories, and more.

This show is curated by a bona fide Coward superfan, Brad Rosenstein, who has already put on acclaimed exhibitions on the man in San Francisco, Los Angeles, and New York. The basic idea behind this new exhibition is to show the enormous cultural ripples he produced, uplifting the nation through two world wars and one Great Depression, and how those ripples are still felt today. 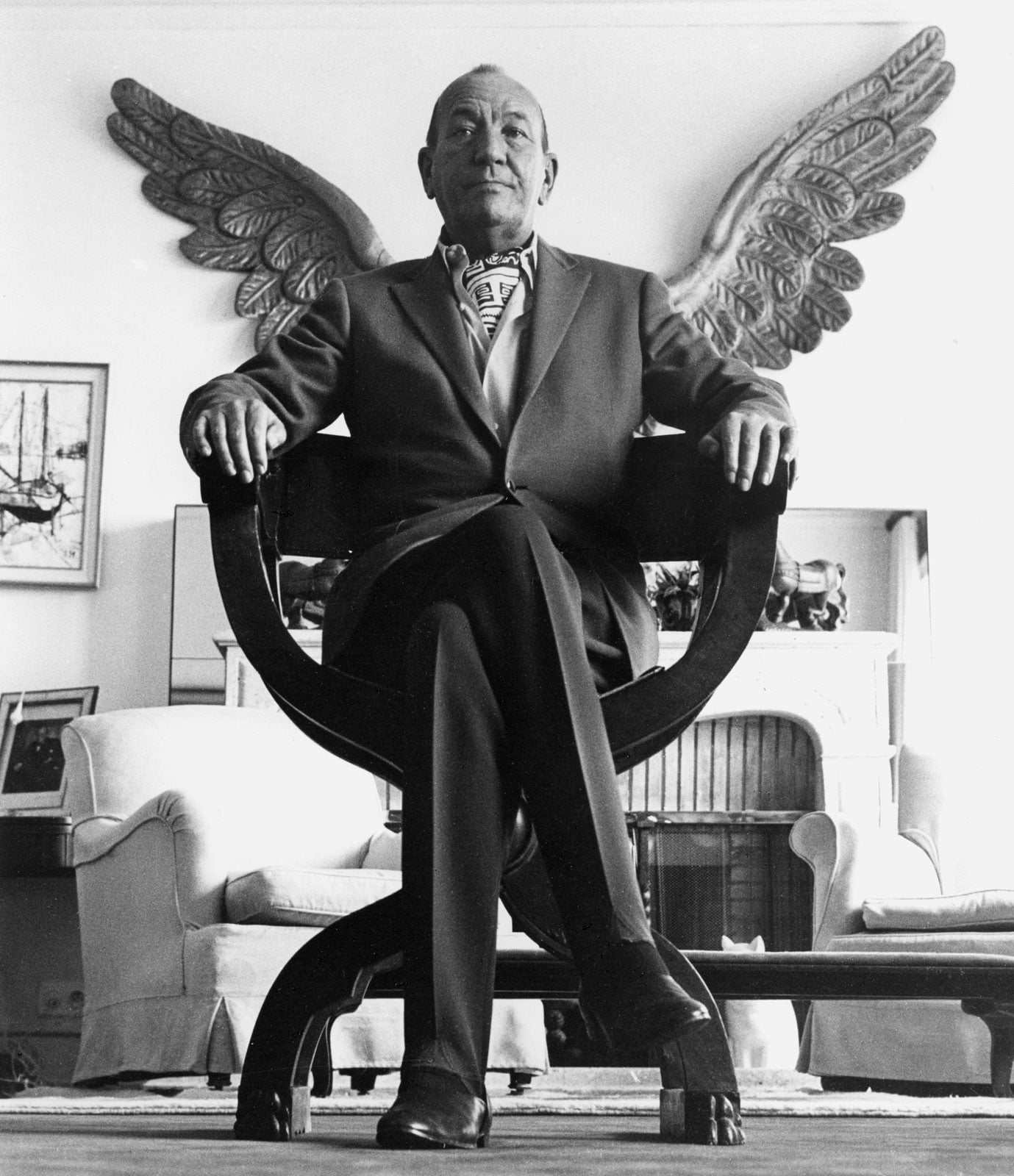 So what to expect? Well, it’s all laid out in rough chronological order starting with Coward’s working class childhood, then taking us on an intimate journey through his life on the stage, in the USA, on the British propaganda office during the war, and in Switzerland & Jamaica in his twilight years. Every effort is made to separate the man from the public image he meticulously cultivated, and to show how he managed his sexuality in private, while outwardly refusing to compromise on anything. Some highlights?

It all ends with a media gallery that includes personal photos from the ’50s (which you can see in a 3D stereoscopic viewer), and even some personal home movies that he recorded of himself and his friends. The show’s on now, and finishes on 23rd of December…

…just as the other noël starts.

NOTE: Noël Coward: Art & Style runs at the Guildhall Gallery from now until 23rd Dec 2021. Tickets are free, but must be pre-booked. You can find out more, and secure your spot at the website right HERE.

While you’re in Guildhall… here are a few places to eat.