If your partner’s into Quidditch, then they’re probably a keeper.

So you’ll almost certainly want to take them to one of London’s many Harry Potter-themed experiences. Luckily we’ve made that easy for you with this guide to fantastic Harry Potter-inspired things in London (and where to find them)…
– 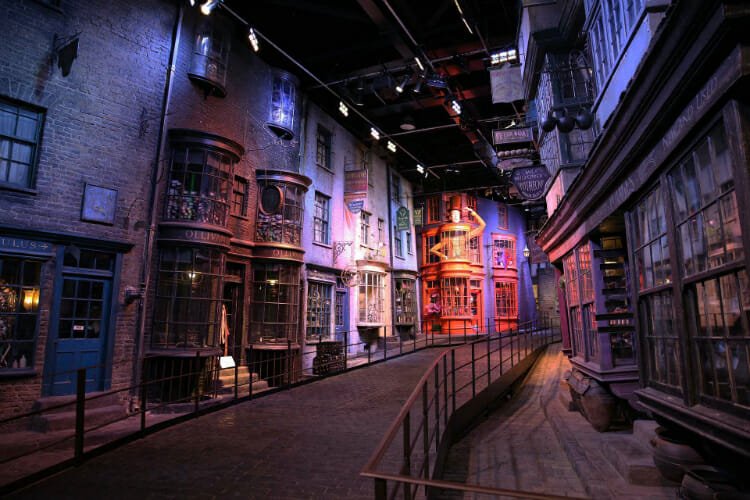 It’s the big kahuna, the triwizard tournament of all things Potter in London. Housed in the very studios where the magic was captured on celluloid, this three and a half hour epic holds more Harry Potter secrets and surprises than the Marauder’s Map.

Back in 2010, after filming wrapped on Harry Potter: Part Seven: Part 2 (aka the last instalment of the Deathly Hallows) there remained a treasure trove of, well, treasure, including wands, robes, animatronic beasts, prosthetic goblins, and the actual streets and cobblestones of Rowling’s wizarding world. Normally all of this would have been consigned to the Chamber of Secrets (that is, the Warner Bros bin) but the team behind the tour stepped in to save it all. Through interviews, pictures, and site visits from old cast members, they restored the set to its filming days and opened the doors of the Great Hall to muggles everywhere in 2012.

The tour really is the closest you’ll get, without substance abuse, to believing you’re a wizard. You can traverse the Forbidden Forest (now bidden to all who pay their entry fee), go window shopping in Diagon Alley, waltz through the Great Hall, and even share a train cabin with a dementor (safely green-screened to avoid actual dementing). On your wizardly wanderings you’ll encounter four fully reconstructed sets, thousands of props, numerous costumes, and a fantastic number of fantastic beasts.

Warner Bros brought the magic of Potter to life once, and quite simply, they’re up to their old tricks again.

Details: The Harry Potter Warner Bros. Studio Tour is open everyday 8:30am-10pm, and lasts 3.5 hours. Tickets are £45 for an adult, £37 for a child, and can be purchased here. Shuttle buses to the studios leave every 20 minutes from Watford Junction station, which you can reach easily from London Euston. 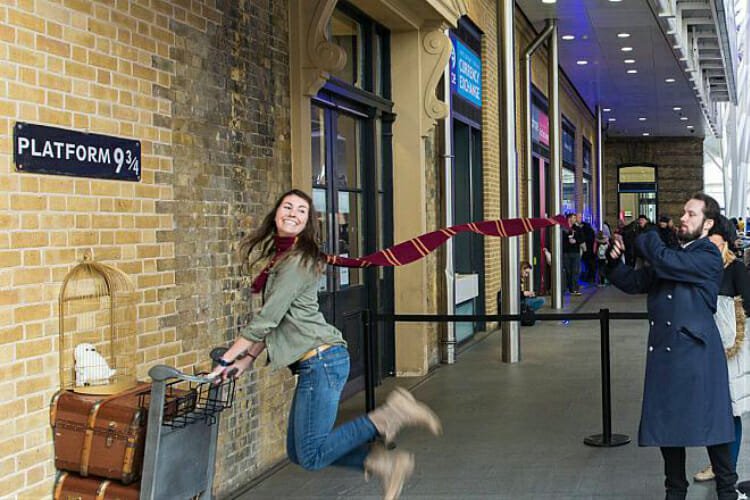 The hallowed Hogwarts Express lives, as we all know, through an archway on platform 9 of King’s Cross station. However, as muggles can’t go through, you’ll have to make do with half a luggage-trolley embedded in a wall. In addition, so as not to annoy the hundreds of genuine muggle commuters that use King’s Cross everyday, you’ll also have to live with it being adjacent to the actual spot, in the public concourse. Despite this, the Platform 9¾ photo-op is very well done, and the perfect spot to make believe that you’re off on the legendary locomotive. You can snap yourselves disappearing into the brickwork on your own or use the nearby shop’s professional photography service where they’ll even deck you out with house scarves and props to fully paint the picture.

Aside from adding a bit of magic, the shop also provides an emporium of Harry Potter goodies. Styled to resemble Ollivander’s, you’ll find time turners, horcruxes, and house garments aplenty. There’s a large collection of Gryffindor goodies for those still in denial, and a small sampling of Slytherin and Hufflepuff for those who have learned to live with themselves.

Harry Potter and the Cursed Child 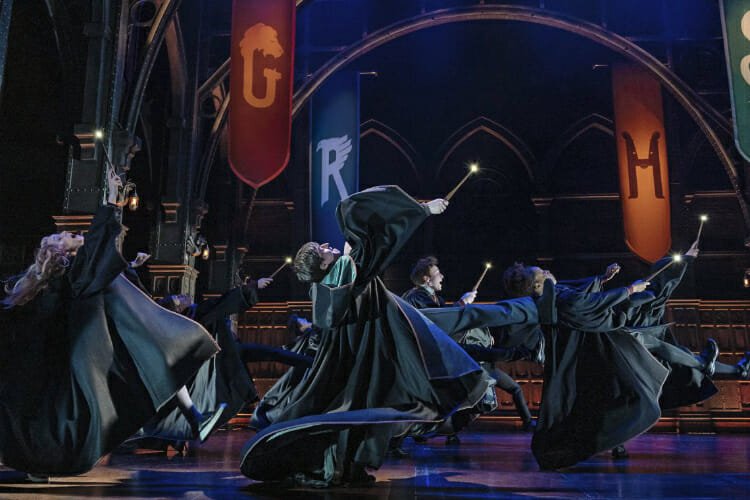 Standing on the shoulders of such cultural giants as Rugrats: All Grown Up! and Saved by the Bell: The College Years, Potter & Co are back, but older, balder, and with extra kids. Turns out growing up in the wizarding world is just as tragic as our own: you get a desk job, send your kids to school, and fail to deal with their issues like your parents did with you. As the Osbournes have shown us, it’s hard living in the shadow of a famous father who dabbles in the occult – and that’s the basic premise of this multi-award winning play.

In fact, the production currently holds the accolade of “most awarded West End play in the history of the Oliviers”, bagging a record-breaking nine awards including Best New Play and Best Director in 2017. The special effects are the pièce de résistance though, and probably as close as you’ll get to witnessing real-life magic.

Like with the last film, there’s simply too much action to squeeze into one sitting so it comes in two parts. On Wednesdays, Saturdays, and Sundays there are matinees allowing you to take in both on the same day. Tickets are available online, at the box office, or through licensed ticket sellers and every Friday they conduct the Friday Forty, where 40 tickets for every performance of the following week are released via Today Tix. Some of the best seats in the house could be yours for only £40 (£20 per part).

Almost every city, shop, and country pub J. K. Rowling has ever set foot in now claims part inspiration for her books, but the streets of London have a legitimate one, with several parts of the story taking place in the city and numerous London locations used for filming. Turns out a world of witchcraft and wizardry has been right under your nose the whole time, and Walking Tours for Muggles will show you where.

In short, it’s a 2.5 hour romp through the capital where you’ll encounter, amongst other things, the entrance to the Leaky Cauldron; the Ministry of Magic; one of the many streets that inspired Diagon Alley; and numerous other landmarks which you’ll recognise from key scenes in the films. As with all walking tours, it’s the guides who can magic an everyday stroll into a voyage of discovery, and each and every one comes replete with an encyclopaedic knowledge and passion for Potter.

Details: Tour for Muggles runs every day between 10:30am-3pm, and the whole experience takes around 2.5 hours. Tickets are £16 for an adult, £14 for a young muggle – book here. (Wizards probably go free but you’ll have a hard time proving it to them.) 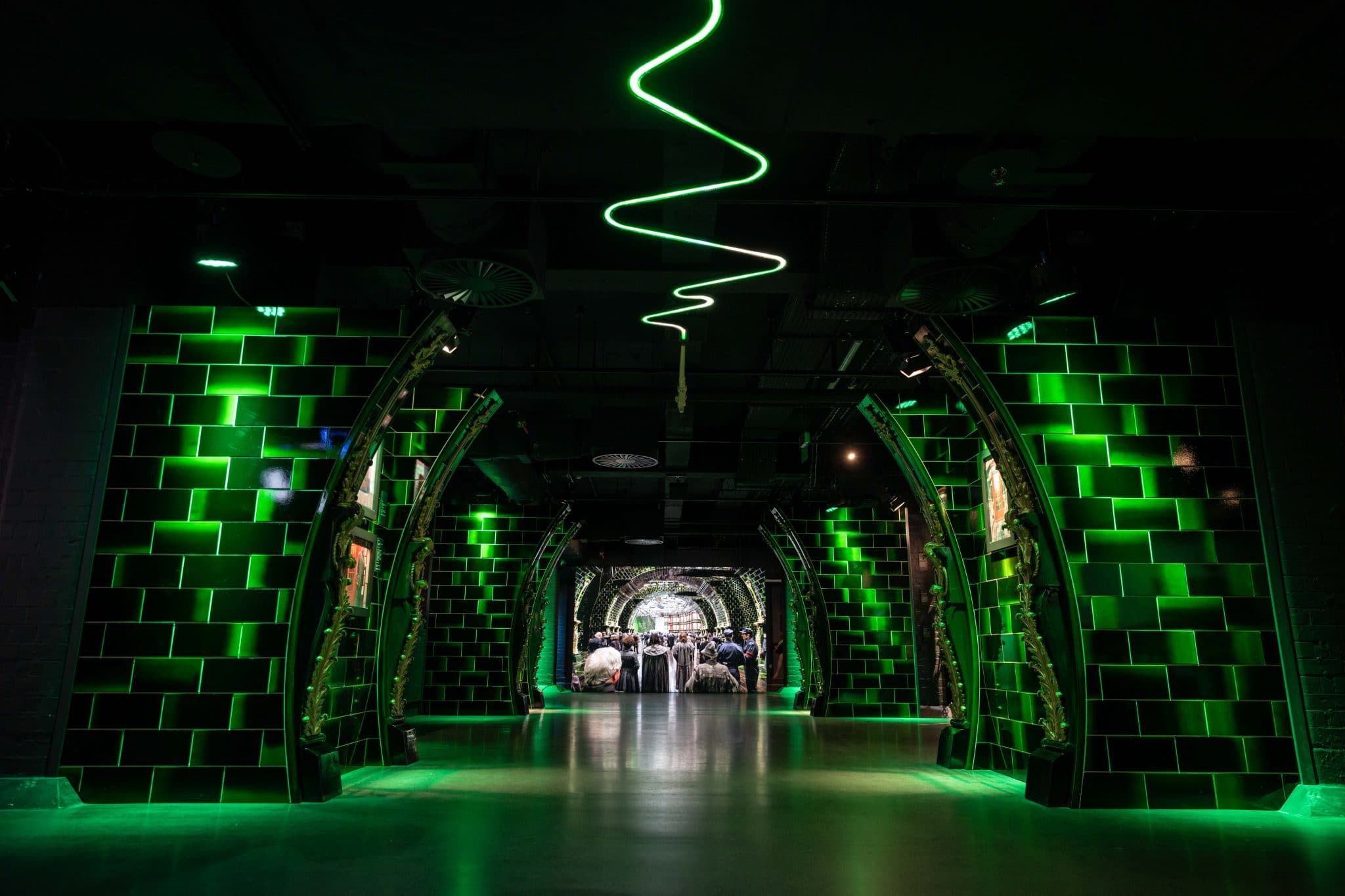 The most thrilling installation of the magical series has finally dropped: Harry Potter and the Photographic Exhibition. This huge pop-up gallery showcases hundreds of behind-the-scenes snaps from a decade’s worth of Potter films, alongside props and interactive exhibits including a green-screen Quidditch broom. And to cap it all off? The city’s only butterbeer bar… READ MORE 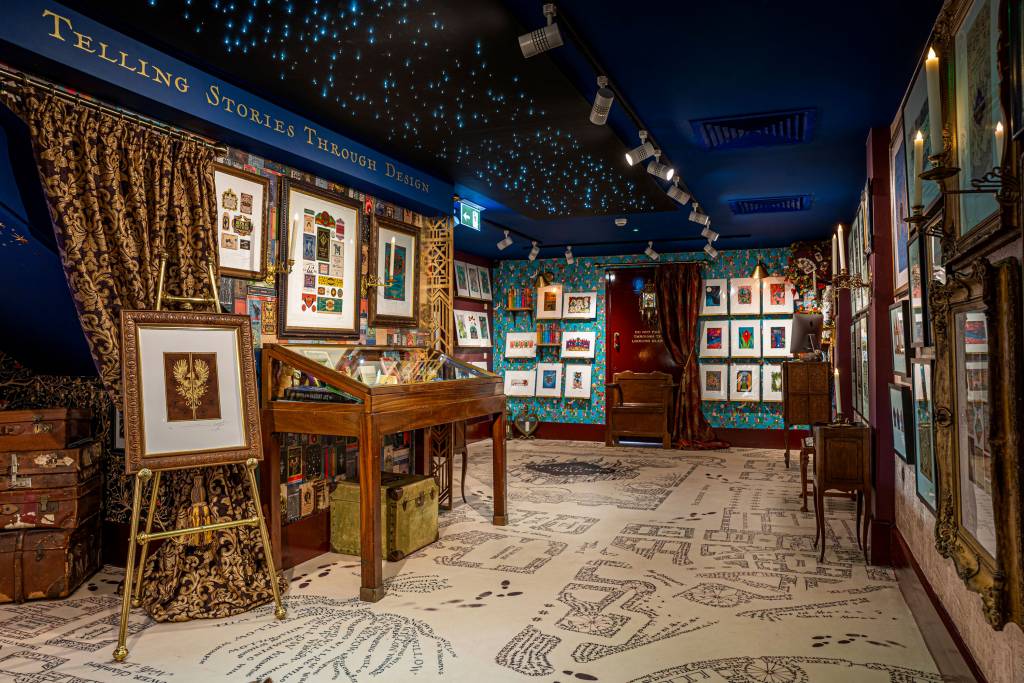 For the thrifty wizard there’s a charming and free exhibition at the House of MinaLima (named after Miraphora Mina and Eduardo Lima – not in fact characters, but the talented designers of numerous Potter props). The four level townhouse, housed in the heart of Soho, holds hundreds of designs, displays and props from a range of Harry Potter films, including tickets to the Hogwarts Express, works from Fantastic Beasts, and every young wizard’s dream – the Hogwarts acceptance letter.

Handily they’re a shop as well, and within their walls you’ll find some discerning Potter-endorsed fare including limited edition film prints, posters, stationery, and other quirky souvenirs. READ MORE

Details: House of MinaLima is open Weds- Sun, 11am-6pm, and is free to enter.

Fancy a trip to Diagon Alley? Leadenhall Market was said to inspire it…