Your Ultimate Guide To Little Venice

If you squint hard enough, you may just be able to tell where Little Venice gets its name from. The picturesque waterside oasis is thought to have been so-named by poet Robert Browning, a former resident of the area in the late 19th century who had spent some time in Italy.

Neatly bordering the west London neighbourhoods of Paddington and Maida Vale, Little Venice serves as the meeting point of the Grand Union Canal and Regent’s Canal. Narrowboats bob up and down on the water and Regency-era white-painted stucco buildings line the streets, lending the area a distinctive charm that has made it popular with Londoners and tourists alike.

It may differ somewhat from its namesake, but Little Venice certainly doesn’t disappoint. From tranquil gardens to waterside restaurants, this pint-sized pocket of London is brimming with all sorts of restaurants, bars and things to do.

We’ve compiled a selection of the very best below.

Best things to do in Little Venice 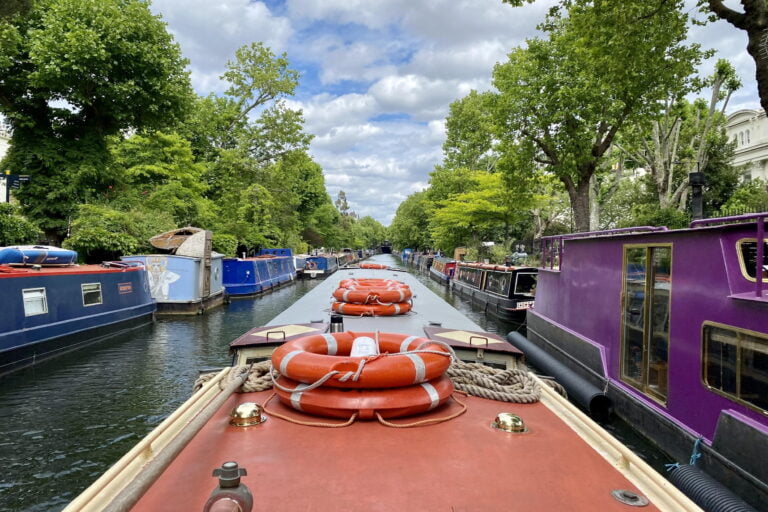 For a bus ride that will really – ahem – float your boat, hop aboard one of London Waterbus Company’s traditional narrowboats and cruise leisurely along Regent’s Canal towards Camden. The 45-minute journey begins at Blomfield Road opposite Warwick Crescent and passes through the grounds of London Zoo (look out for warthogs and African wild hunting dogs in their canalside enclosures). You’ll also meander past the meticulously manicured back gardens of stately homes and modern villas, travel through the somewhat spooky depths of the 249-metre Maida Hill Tunnel and pass under ornamental iron bridges. Prefer to tackle the high seas yourself? Hire a self-driving electric Go Boat from Paddington.

Smack bang in the heart of Little Venice, right on the edge of Regent’s Canal, is the Canal Café Theatre. The comedy, cabaret and theatre venue – which sits above the charming Bridge House pub – has been a beloved neighbourhood gem since it first opened in the ‘70s. Despite only seating 60 people, it manages to boast an impressive programme of world-class theatre and comedy, including the world’s longest-running live comedy show, NewsRevue. Notable names to have graced the stage include John Oliver, Miranda Hart and Eddie Izzard, so you know you’re in for a treat.

Rembrandt Gardens were opened in the 1950s but renamed after the Netherlands’ most famous artist in 1975, when the city of Amsterdam donated thousands of tulips to celebrate its 100th birthday. The well-kept waterside gardens boast plenty of green space that’s perfect for picnicking with your posse, or else bring a book and soak up the tranquil atmosphere. 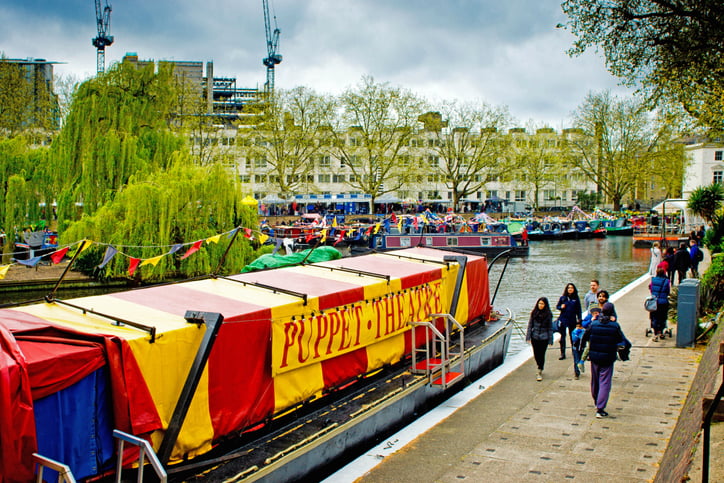 For over 30 years, the Puppet Theatre Barge has been a source of delight for children and adults alike. The converted Thames barge puts on a year-round programme of puppet show performances in its surprisingly spacious 55-seat floating theatre space. Specialising in traditional puppetry using long-string marionettes, there is a distinctive old-world quality to each performance, enhanced by the soft lighting and plush golden curtain. Step aboard to be transported back in time, even if just for an hour. 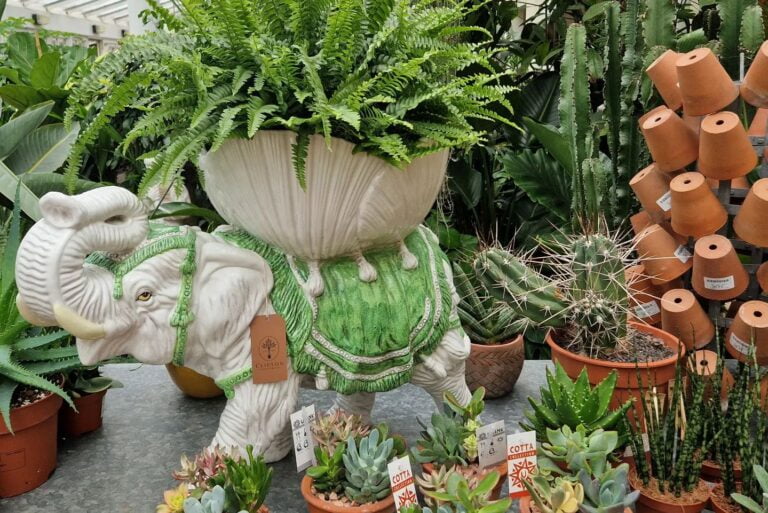 Clifton Nurseries is the capital’s oldest – and arguably most impressive – garden centre, a veritable oasis located just a stone’s throw from the hustle and bustle of central London. Since 1851, it has been the go-to gardening emporium for aspiring green thumbs and established horticulturalists alike. Even if you’re the type who can’t manage to keep a single house plant alive, it’s well worth a visit for a stroll through the palatial glasshouse and a gander at the lush greenery and exotic flowers. Once you’ve gotten your foliage fix, hotfoot it to the onsite café Flotsam & Jetsam for a burger or Buddha bowl. 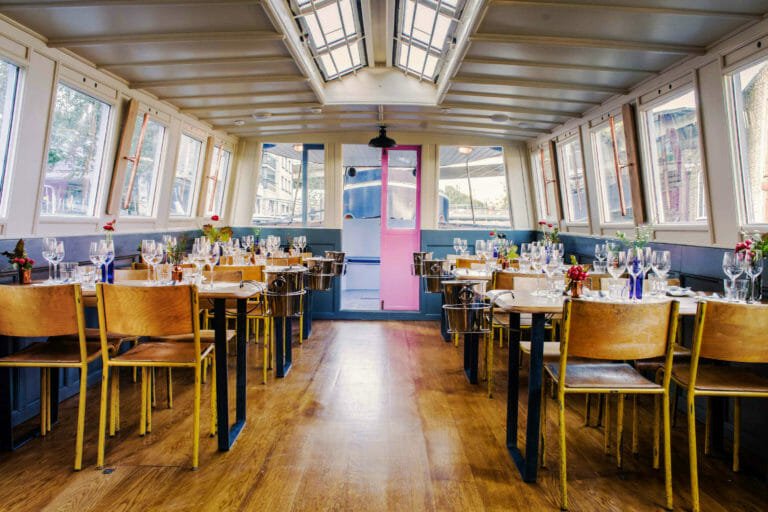 Little Venice may not share much resemblance with the real city of love, but a candlelit dinner aboard London Shell Co.’s Prince Regent will no doubt inspire romance. Yes, it’s a restaurant on a canal barge. But before you scoff at the concept, rest assured it’s no tourist trap or nightmarish novelty vessel. Instead, it serves up a carefully-considered five-course seafood menu with a heavy focus on seasonal, British ingredients, plus an expertly curated wine list that would impress even the most discerning connoisseurs. All while it gently winds its way down Regent’s Canal from Paddington to Camden. Put simply, it’s the boat that rocks.

If you’re looking for a sticky-floored boozer with cheap pints and packets of peanuts, The Hero of Maida certainly isn’t it. Rather, it’s a swish gastropub with high ceilings, dark wooden furniture and leather padded banquettes, plus a high-end menu to match. There’s a clear French influence informing the dishes. Alongside British classics like scotch eggs and cod and chips, the menu features Gallic-inspired fare such as steak tartare, double raclette cheeseburgers and crème brûlée. Bring your parents for a smart Sunday lunch in the dining room, or enjoy a casual mid-week pint in the heated courtyard. 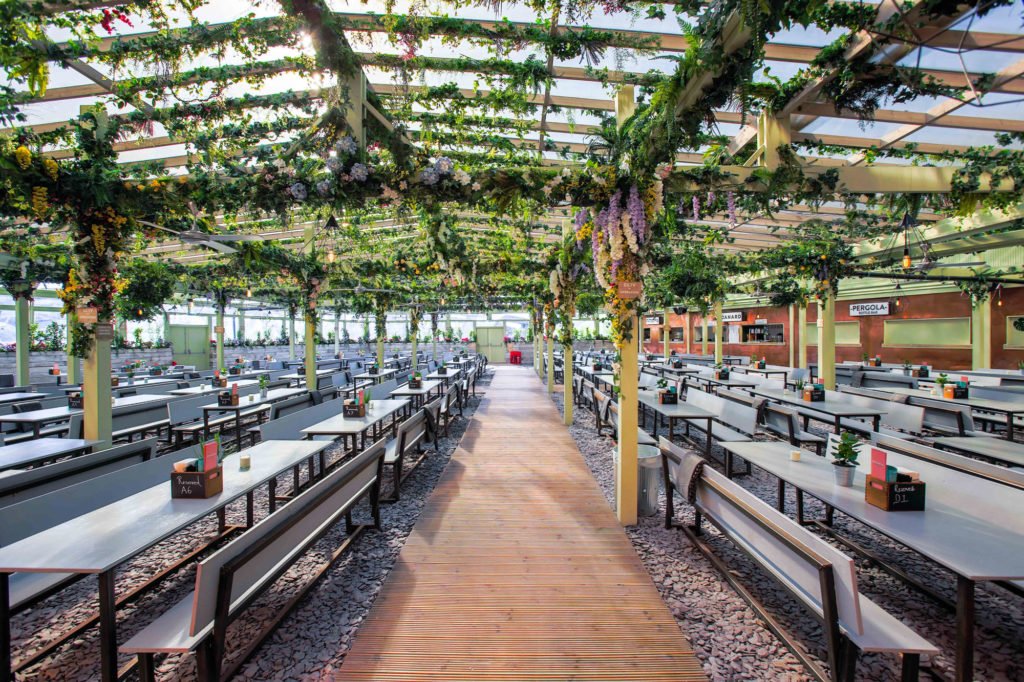 When you’ve got a group of fussy friends who can’t agree on where to meet for a casual drink and bite to eat, Pergola Paddington is the place to go. The vine-covered, fairy-lit rooftop oasis is home to a couple of bars, plenty of bookable group seating and a choice of street food stalls. Currently in residence are Filth & Co, in charge of Mexican-style burgers, Dos Mas, for authentic street-style tacos, and ceviche specialists Crudo. Throw in some cocktails and craft beers and everyone’s bound to be happy.

The Summerhouse is where you go when the city grind is getting you down and you want to pretend you’re thousands of miles away. Fresh seafood: tick; fabulous views: tick; glamorous clientele: tick – what’s not to love? As its name suggests, this place is in its prime in the warmer months, so nab a spot in the sunshine and linger for hours over champagne and lobster. 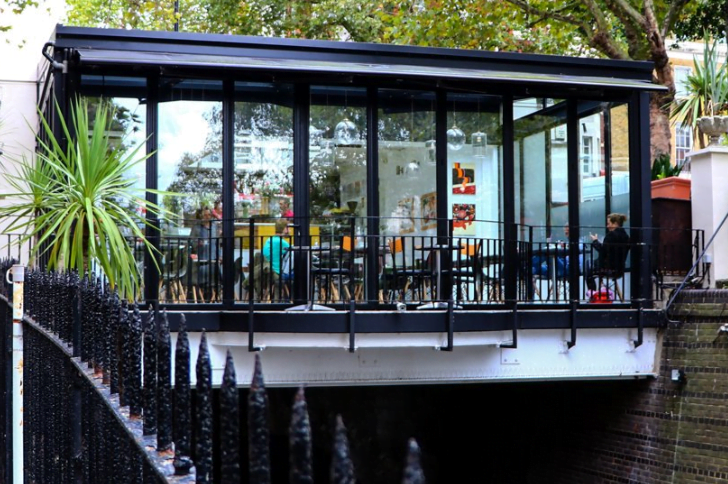 Perched atop the Maida Hill Tunnel, Cafe Laville is the perfect place to sit and soak in the charm of Little Venice as you watch the colourful canal boats drift on by below you. The balcony offers the best seats in the house, but the floor-to-ceiling windows and skylights lend the interior a bright and airy feel, no matter the time of year. No doubt you’ll come for the views, but stay for the food: there’s a sizable pizza menu with all the favourites, plus a variety of pastas, sandwiches and mains.

Tokyo Pizza serves – you guessed it – Japanese-inspired pizza. Perhaps not the most conventional of menu concepts, but it works nonetheless. In a dimly-lit brutalist-inspired bunker setting, classic pizzas are given the Tokyo treatment with the addition of Japanese ingredients. There’s the salami pizza topped with shichimi tomato sauce and shishito pepper, a mushroom pizza elevated with sweet soy truffle glaze and a spicy wagyu pizza with roast tenderstem broccoli on a sweetcorn cream base, just to name a few. 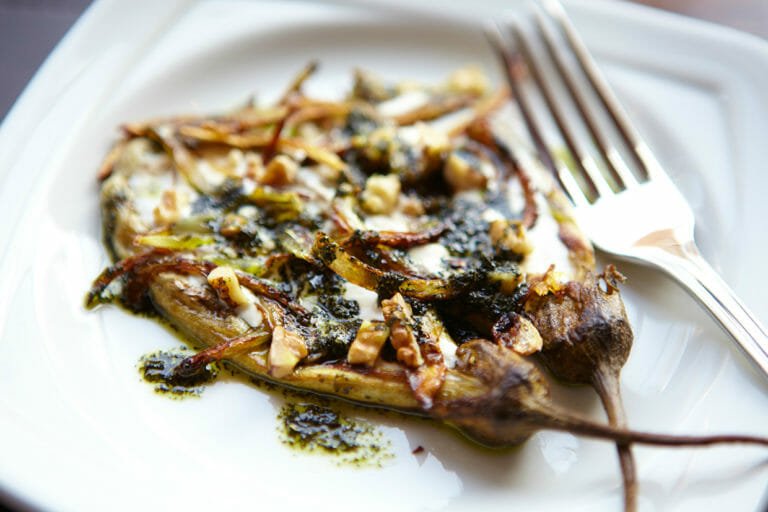 Kateh is one of Little Venice’s best-kept secrets. Despite appearing in the Michelin Guide as a Bib Gourmand restaurant, the Persian eatery has managed to fly under the radar of London’s keenest foodies – for now, at least. With Iranian chef Narges Pourkhomami at the helm, the menu features a selection of authentic stews and salads alongside chargrilled meats and traditional Persian desserts. The elegant dining room seats just 75, while a private dining room downstairs and a pretty garden terrace offer additional space. Book ASAP before every other Londoner gets wind of this hidden gem. 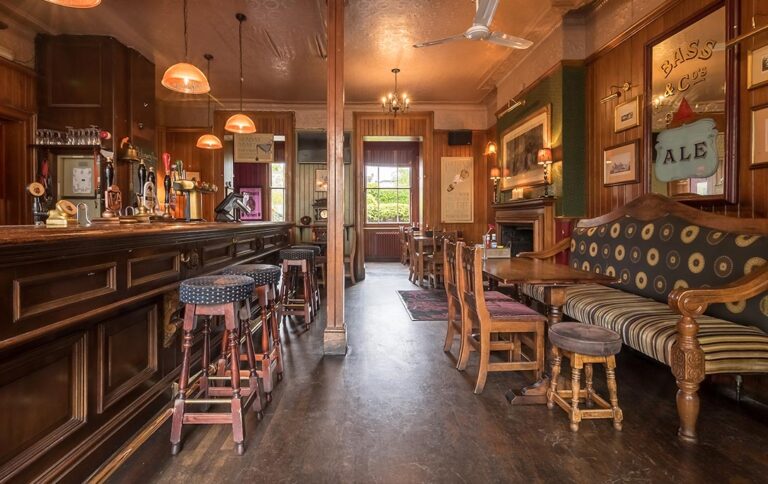 The Warwick Castle is a Little Venice local’s haunt that prides itself on its convivial charm. The Warwick Place stalwart has been around since 1867, and maintains its old-school appeal with wood-clad interiors, ornately etched windows and a marble fireplace. Have a glass of wine at one of the outdoor tables, or settle in for a hearty Sunday roast by the open log fire – just don’t forget to order the sticky toffee pudding for dessert. 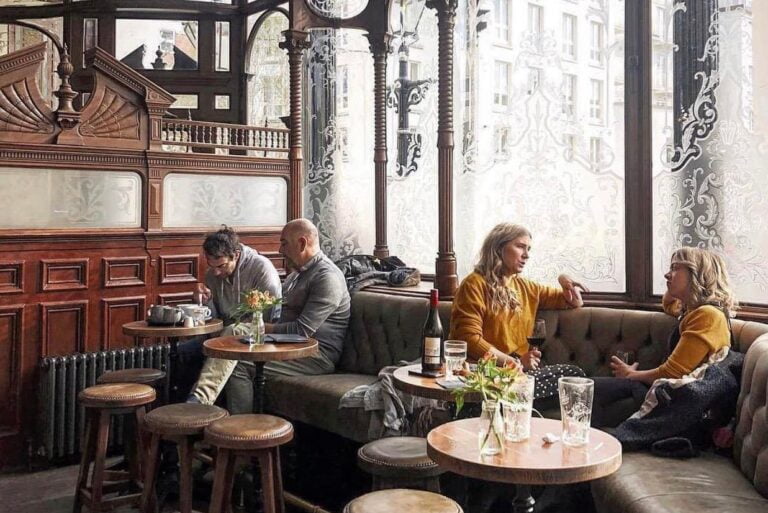 Travel back in time to the 19th century at The Prince Alfred, where very little seems to have changed since 1856. The Victorian pub is a hit amongst locals and visitors alike for its lavish interior, complete with ‘snob screens’ that separate the different sections of the bar. The secret cellar downstairs, originally used for storing coal, has been thoughtfully transformed into an intimate space for private parties and gatherings.