Backyard Cinema genuinely began with a leftover projector, some recycled wood and a bedsheet in a garden.

It’s upgraded just a little bit since then.

Now you’ll find it in a permanent home: the once iconic Capital Studios in Wandsworth (it’s where David Bowie shot the video for Ashes to Ashes). Here, they’ve got two spacious, 250-seater screening rooms whose beautiful set dressings change with the seasons.

BYC’s flicks are genuinely a cut above the rest. The cinema rooms themselves are gloriously atmospheric, with sumptuous bean bag seating; magical lighting and scenic (legitimately ‘immersive’) decoration. Even before you head inside, there’s rooms to explore and fun interactions with the staff. And now that the weather’s turning just that little bit warmer, their classic summer themes are back: LA Nights and Miami Beach. 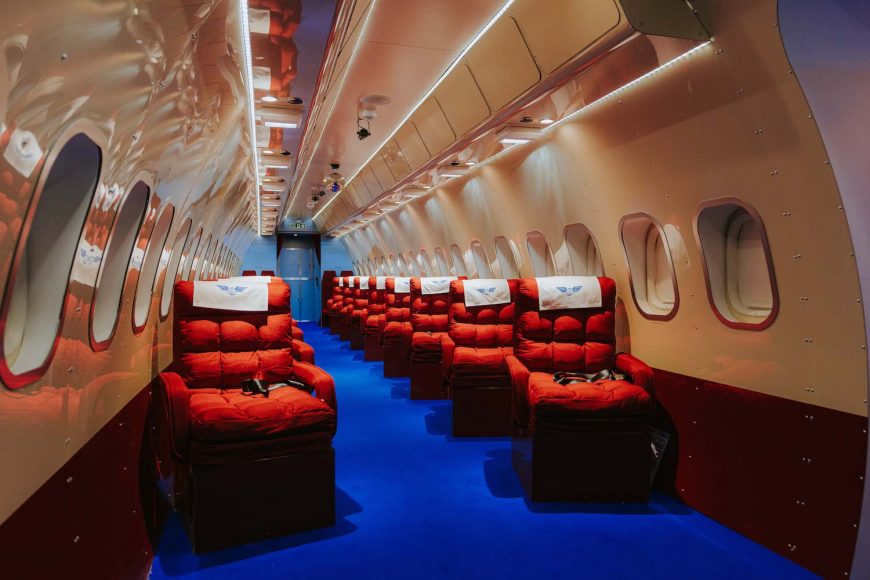 Well, how else would you be getting to LA?

Having filled the studios with art deco hotel facades, 56 tonnes of sand and actual airplane cabins, all that’s left to take care of is the film line-up. And for the summer they’ve brought together cult classics like Pretty Woman, The Goonies and Dirty Dancing with newness like No Time To Die, West Side Story, and CODA.

While you’re there, you’ll be able to snack on fancy popcorn and sip cocktails – but if you want to stick around before or after the show, there’s also a drinks bar, a ten-tap craft beer annexe, and a heated street food courtyard with pizza and never-before-seen burgers from the Honest Burgers test kitchen.

NOTE: Backyard Cinema’s summer season is on now. You can book tickets (which start at £20) right HERE.

Like unusual screening rooms? Check out the best cinemas in London

The Best Films To See At The Cinema Right Now March is the best time to go to see a movie, and that’s a statistical fact. So here are the best flicks hitting projectors around the city right now….