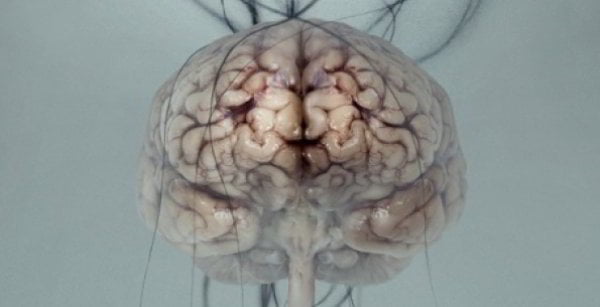 Brains: The Mind As Matter

The Box, designed to protect players’ googlies during games of cricket, was first introduced in the 1870s.

However it took another 100 years for men to realise that the brain could probably do with being protected too, introducing – as they did – the helmet in the 1970s.

Fortunately the world’s leading academics, doctors, psychopaths, scientists, cannibals and neurosurgeons have – despite cricketers’ delayed appreciation for the intricate workings and importance of the brain – spent centuries getting inside the heads of patients kind enough to give them (generally post-mortem) a piece of their mind.

Celebrating their work, “Brains: The Mind As Matter”.

This just-launched (and free) exhibition is being held at London’s preeminent destination “for the incurably curious”: the Wellcome Collection, which explores the connections between medicine, life and art in the past, present and future.

The exhibition – which features over 150 artefacts, actual brains, photography and artwork – explores what humans have been doing to brains over the years, all in the name of medical intervention and scientific enquiry.

A perfect example, though one sadly not included in the exhibition, would be the fairly recent case of a botched brain surgery in Florida, immediately following which the victim amusingly stated that he had “half a mind to sue the hospital”.

Enjoy great days out and alternative experiences in the city? Check out our guide to the best of what’s on in London this month.

Brains: The Mind As Matter