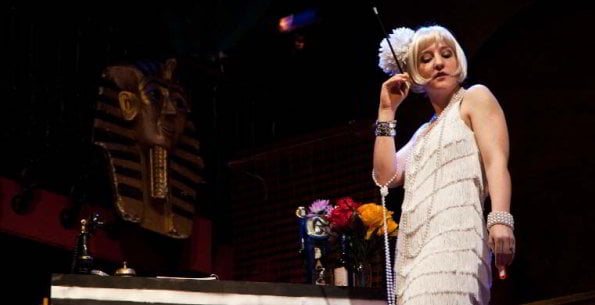 At 7pm on Friday 29th May 2015 the 8th annual London Improvathon will begin.

An experienced cast of 20 actors will then perform, without going to sleep, for 50 straight hours (split up in to 25 episodes of around 2 hours each). As the performers become increasingly sleep-deprived, their performances will become increasingly… unpredictable.

“Absolutely incredible. This isn’t theatre, its blood sports!” is how Whatsonstage.com once described this. ”Hilarious! Like nothing you’ve ever seen before!” was Time Out’s take on the event. And “Past reviews are irrelevant! Literally no one knows what’s going to happen this year! So you should go and find out for yourself!” is what we’re saying, now.

But first, a few things to note:

The Plot: An homage to all things Hollywood, the actors will be playing a selection of Los Angeles residents: from budding starlets and big-shot producers, to struggling writers and crazed directors. Responsible for the ongoing story is director Adam Meggido, who’s assembled an exciting collection of some of the world’s best ad-libbers to perform.

Other Stuff: There’ll be live music throughout; LOST’s in-house bar will be serving drinks during the entire 50-hour performance; and food is BYO, so you can take along whatever you fancy.

Making this the perfect night out.

Plus a day. And another night.

And then another day.