Chuku’s began back in 2016, when brother and sister duo Ifeyinwa and Emeka Frederick set about bringing a slice of their Nigerian heritage to London. They wanted people to experience the authentic Nigerian flavours they’d grown up with, as well as the country’s all-inclusive, high-energy dining culture; a concept they’ve termed the ‘chop, chat, chill’.

Since then they’ve hosted a whole range of successful pop-ups, including at iconic London venues Camden Roundhouse and Somerset House. They’ve also earnt themselves a variety of awards, like at this year’s Young British Foodie event, where they were crowned King and Queen of food sharing. 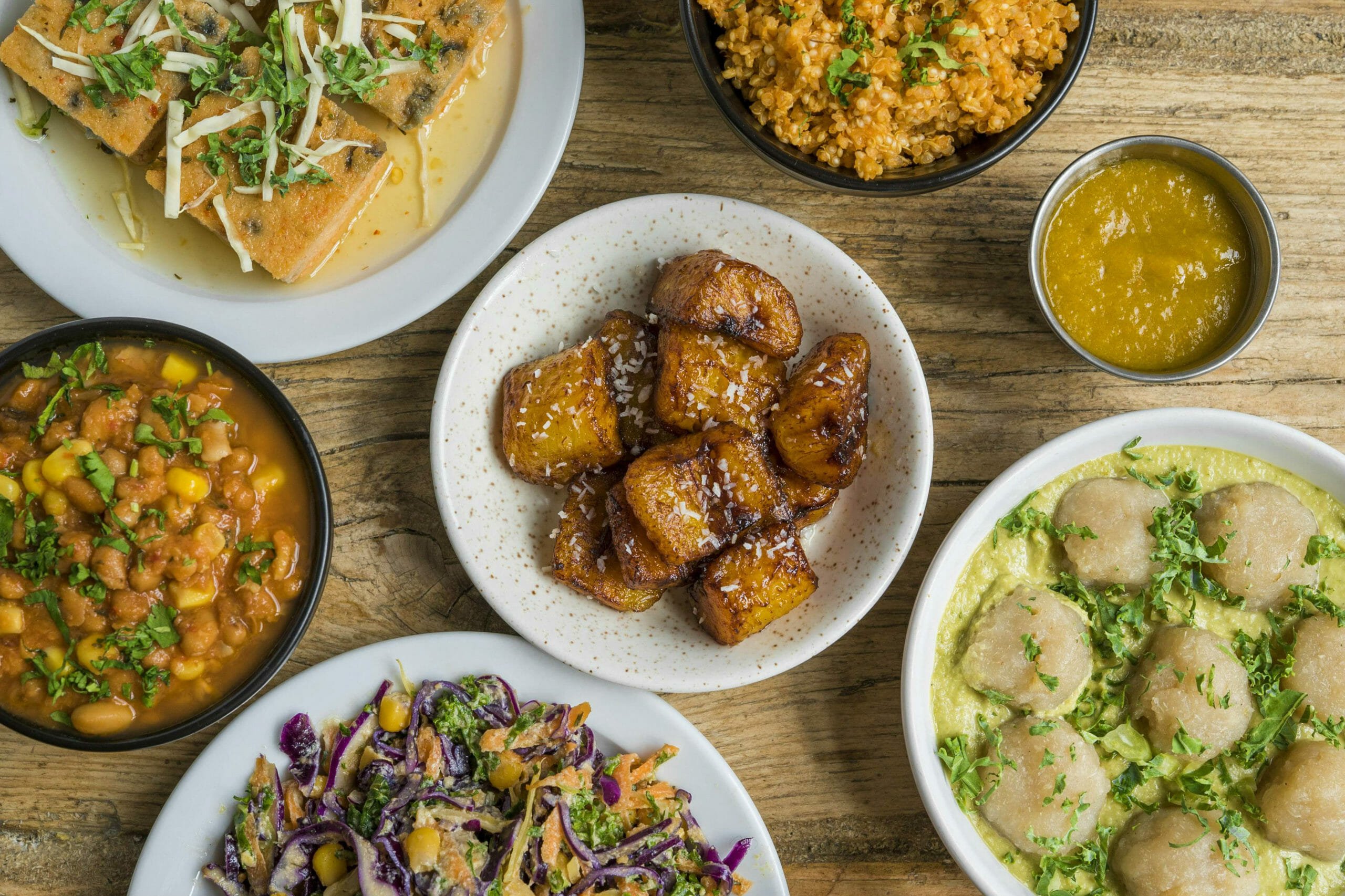 Similar to the pop-ups, the permanent site will see them serving up a mix of both traditional and slightly more modern Nigerian dishes. Things like Dodo (fried plantain tossed in cinnamon sugar and coconut); Jollof Quinoa (quinoa steamed in a traditional West African jollof stew); or Eba & Egusi (cassava dumplings, served with melon seeds and a leafy kale soup). They’ll also be developing a number of new dishes, inspired by recipes from Northern Nigeria, home to the Hausa-Fulani tribe, whose culinary traditions are hard to come by outside the country.

What’s more, it’ll all be taking place to a backdrop of rhythmic Afrobeats, contemporary art, and street photography which – alongside a drinks list inclusive of both hibiscus-infused Sangria and a house-made Palm Leaf cocktail – lends itself to a jolly good time.

NOTE: Chuku’s is officially opening on 20th February 2020. They’ll be open on soft launch (with 50% off food) 13th-19th February – tables are now fully booked but they’ll be taking walk-ins, too. We’ll be back with more news soon, or you can keep track of things via their website HERE.

With the chance to go permanent...

North London Restaurant Kings Are Back At It

With a big ol’ bakery and restaurant in Holloway...