For about 150 years, if you wanted to get people to visit Great Scotland Yard, they basically had to be dragged there in chains. So now they’re trying a slightly different tactic:

And they’ve done that by turning it into a luxe hotel, complete with restaurant, bar, a hidden bar, tea house, and social space. Alongside the 152 rooms, of course. And a casual standalone five-story townhouse you can book into, too.

For those who need to sharpen up on their criminal history, it’s on a Westminster back street sandwiched between Trafalgar Square and the Thames. It’s where the greatest crimes of the era were investigated, including the likes of the Jack the Ripper case. 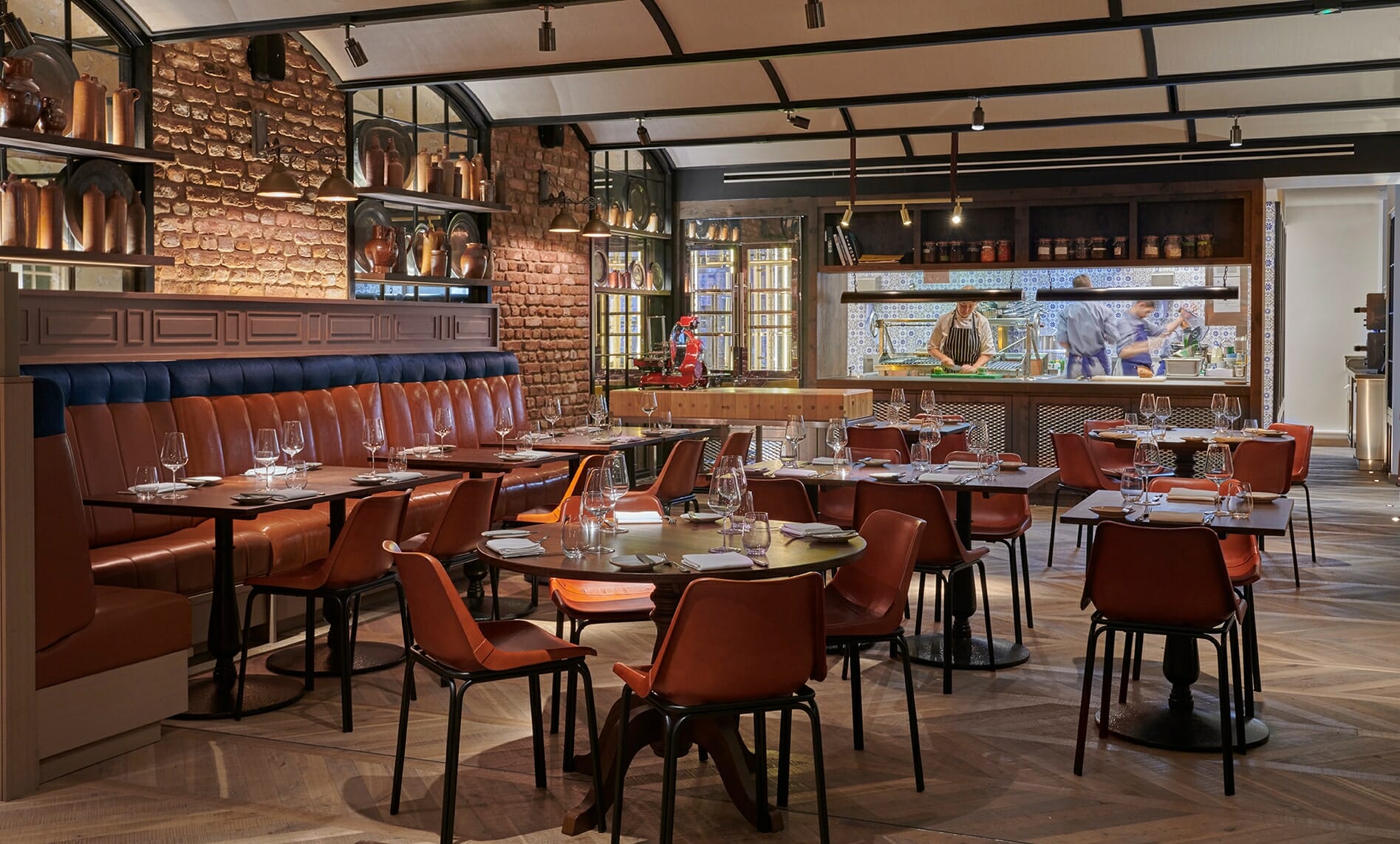 Run by serial restaurateur Robin Gill (his greatest hits include The Dairy, Sorella, and Darby’s), The Yard is a modern British restaurant with a modern British interior: bare brick walls, parquet flooring, and an open kitchen all topped by a unique, wave-like ceiling made of undulating panels studded with light fixtures.

Robin’s brought on executive chef Alex Harper to man the pans (his CV includes The Ledbury and The Harwood Arms). And in those pans? He’s putting the likes of fallow deer with damson and baked celeriac; some raw Scottish scallops with radish & sea herbs; and a hearty roast monkfish with turnips, yuzu and xo sauce.

And since this is one of those multi-multi-million pound developments, they’ve also taken the liberty of having a full bakery and butchery onsite, so that they can make all breads & breakfast pastries fresh and smoke & cure their own meat, too. Because why not. 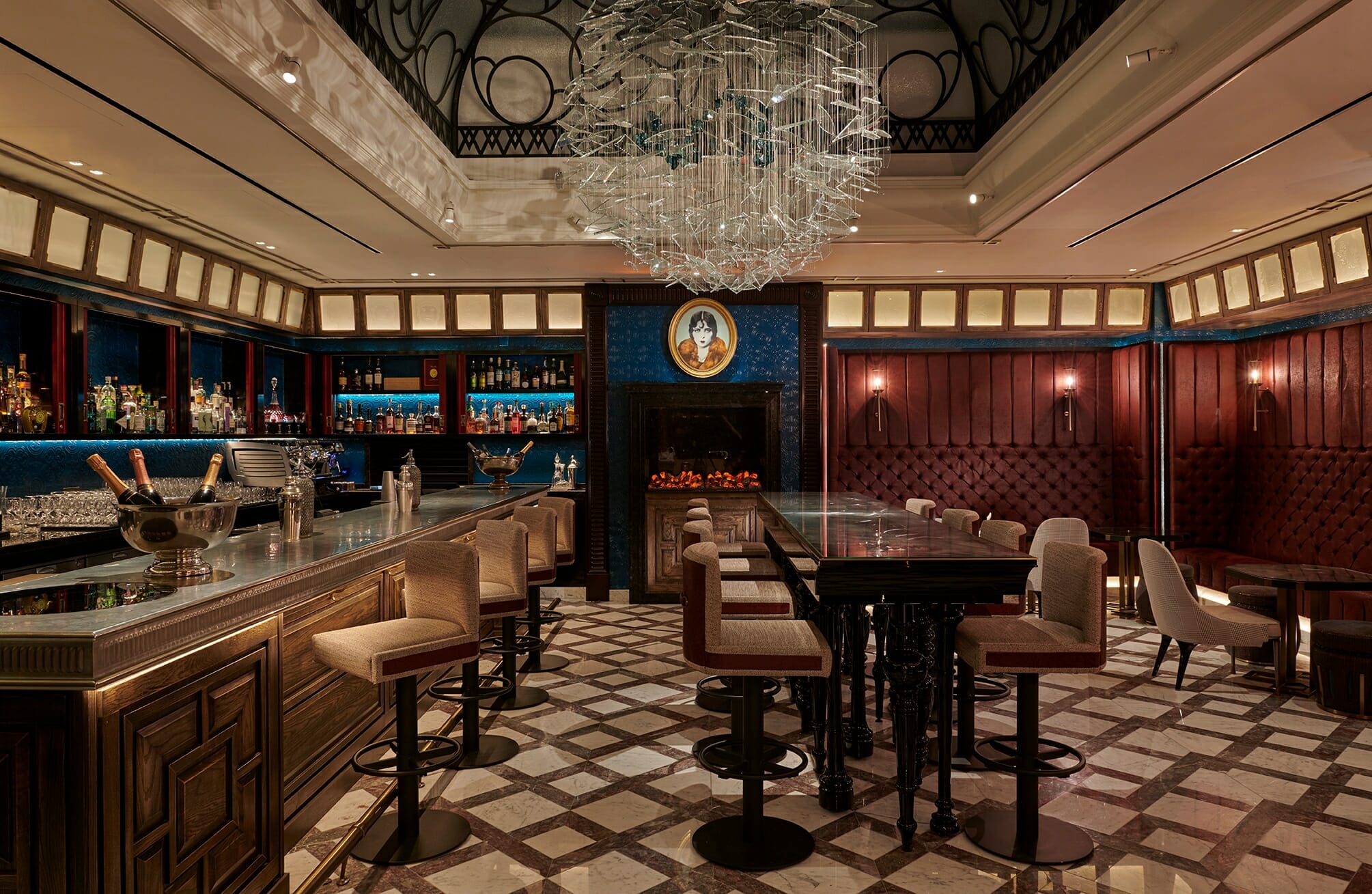 This plush cocktail bar is named after a “notorious all-female gang of thieves, who were active throughout the nineteenth and twentieth centuries”, and sound – let’s face facts – like a mini-series waiting to happen. In fact, the space itself (marble floors, red velvet walls, and a gigantic modern chandelier) is overseen by a picture of gang member Lillian Rose “The Bob-haired Bandit” Kendall.

The cocktails are all very old school. In fact, the recipes are often taken from “Cooling Cups and Dainty Drinks” by William Terrington – dating back to 1869, it’s literally the oldest British cocktail book on record, and they frequently use wine & beer as a base. There’s a regularly rotating punch, and just to keep it truly old school, some pie & mash with parsley liquor. 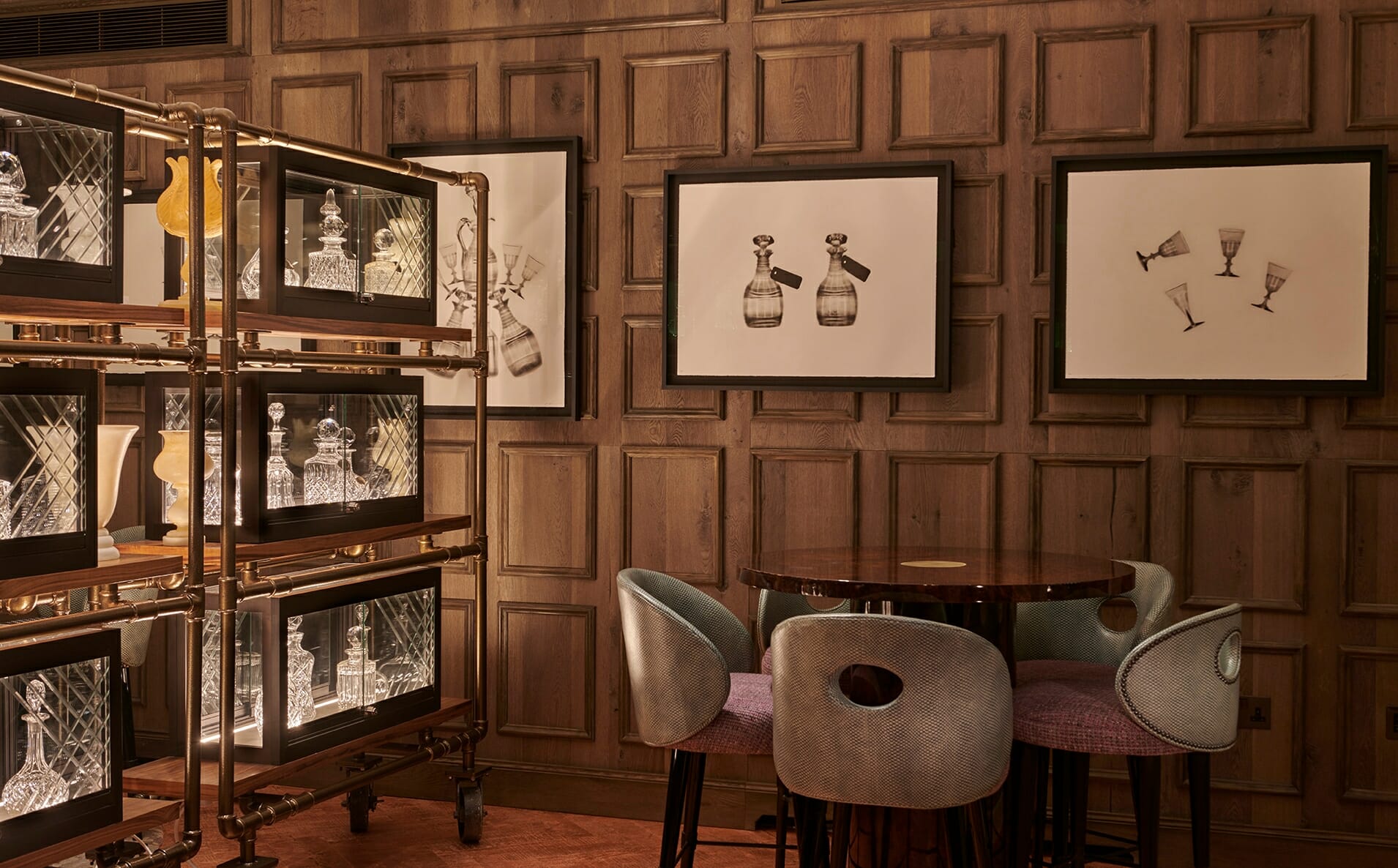 If, in wandering past the lobby, you happen upon a bookshelf that looks a lot like a secret door, then you’re best off pulling it back to reveal Sibín – an elegant, dark, moody Irish-style whiskey bar with wooden walls, and display cases full of crystal decanters.

The bar stocks over 100 types of whiskey, as well as spirits like poitin (a traditional Irish spirit), new-make (it’s like whiskey, but it’s colourless, and un-matured in barrels), and its American cousin white dog. They all go into classic & more unorthodox ‘antagonist’ cocktails that playfully works against the base spirit. 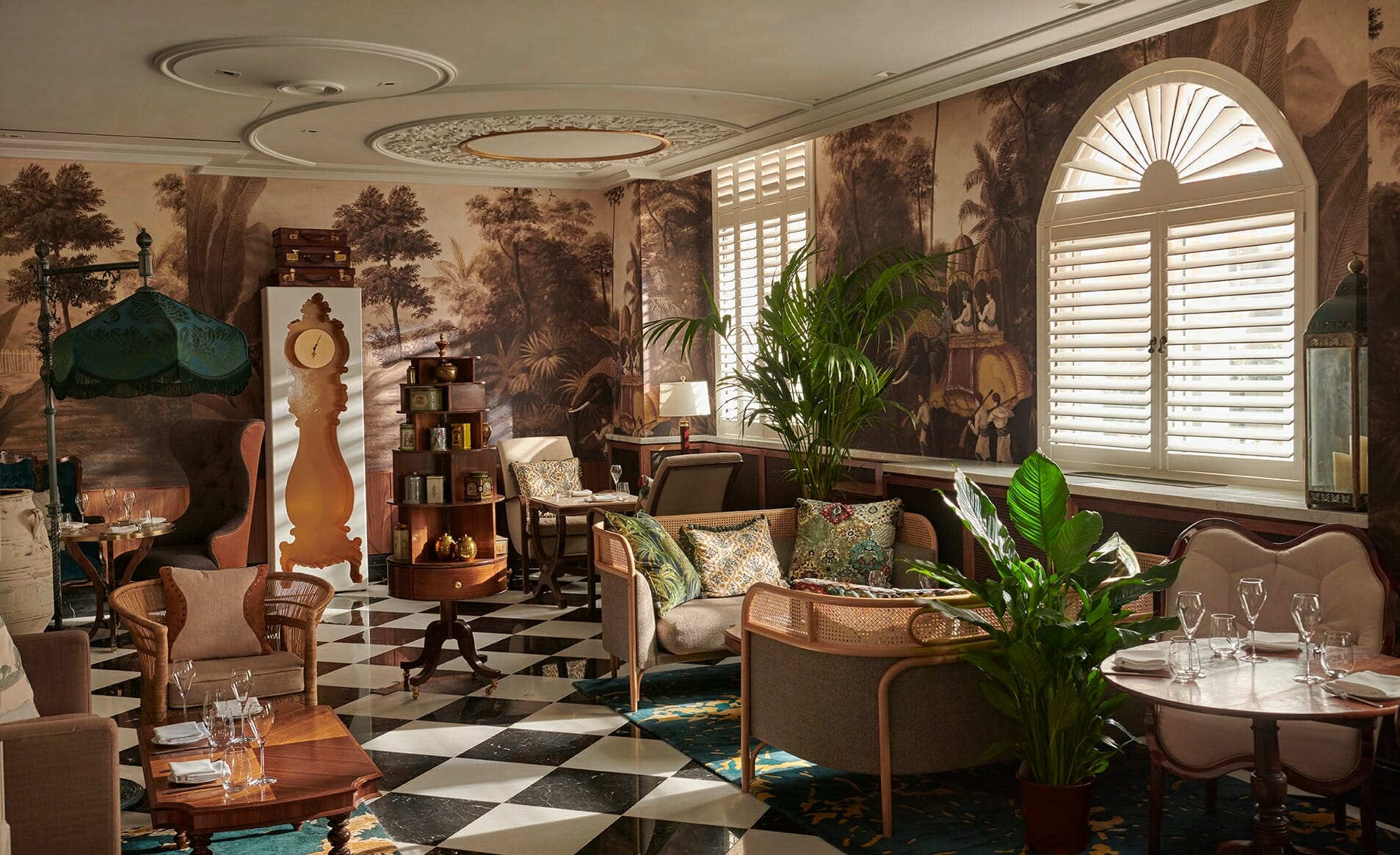 This verdant colonial-style space is inspired by The Imperial New Delhi hotel, and provides a space for coffee, light lunches, or a g&t to ease you into the afternoon – but mostly for a good ol’ afternoon tea. Trays come stacked with crab tart with lime pickle; pate en croute with ‘Coronation flavours’ & mango chutney; and pecan & Granny Smith apple tart. All in all, it’s pretty much the definition of opulence.

And it doesn’t take a detective to figure out why.

NOTE: Great Scotland Yard is open daily. You can make a booking, and find out more at the website right HERE.

Want to see what else Robin Gill has been up to? Head on over to Darby’s…