Not so, however, in Thailand where highway-adjacent restaurants are actually somewhat amazing; and which have inspired Soho’s Kiln, the latest from the talented team behind Thai BBQ house Smoking Goat.

The result is a hit-list of grill dishes inspired by the minimalist rural cooking of the Northern Thai borderlands, the preparation of which you’ll be watching from your ringside seat at the sleek steel counter surrounding the open kitchen and its impressive grill centrepiece. 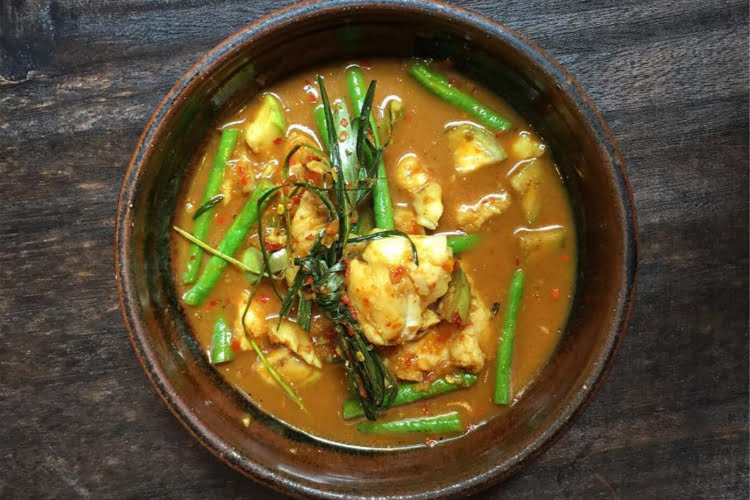 Here, chefs prepare dishes such as roast suckling pig, curried cockles, and 5-week dry-aged fattened lamb skewers with Szechuan peppers. And although the grill menu probably contains everything your heart desires and more, they also serve up a daily noodle special, including one served with a pressed duck gravy. Made from pressed ducks.

The wine list, meanwhile, is a tailored selection made by Bitten&Written’s Zeren Wilson, featuring low intervention wines as well as Italian and Aussie ‘skin contact’ whites, where grapes are fermented with their skins for a more aromatic flavour. And since there’s only a few casks of each wine, the list is constantly evolving.

For as Bob Dylan (almost) sang, the Thai menus they are a changin’.