Tom Kerridge likes to have his fingers in a lot of pies.

And apparently figuratively too, as he’s now opened his first London restaurant, to join his double-Michelin-winning Hand & Flowers pub, his single-Michelin-Starred The Coach, and his no-Michelin-starred Butcher’s Tap. And he’s brought head chef Nick Beardshaw (who previously worked at two of those spots) with him. 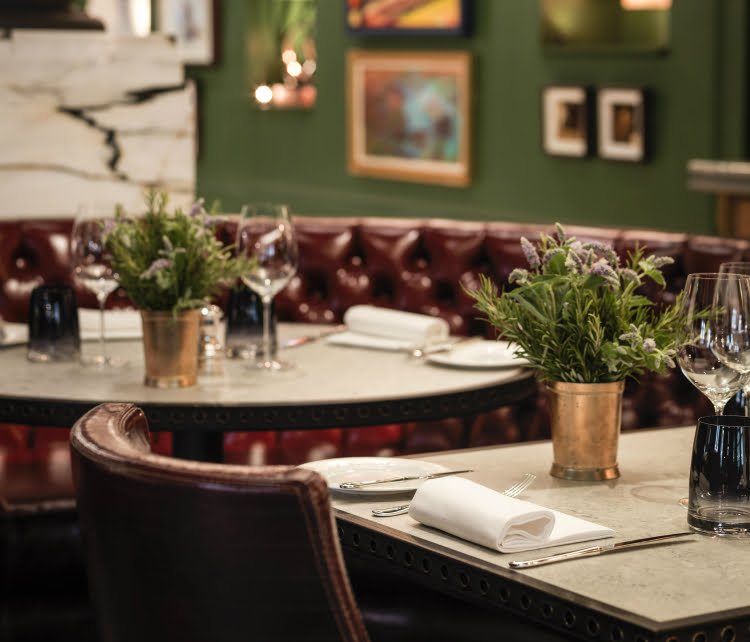 Taking a rather sharp turn away from the rough & ready gastropub-y vibe of his other establishments, this one’s set in the opulent Corinthia Hotel. Its glossy, marbled space is filled with rich, Burgundy leather seating, and encased by dark green walls dotted with pieces of contemporary art – including centrepiece sculptures by his wife. Of course, they aren’t be the most eye-catching decor, as the walls also feature fridges filled with prize cuts of meat from Kerridge’s butchery, The Butcher’s Tap. 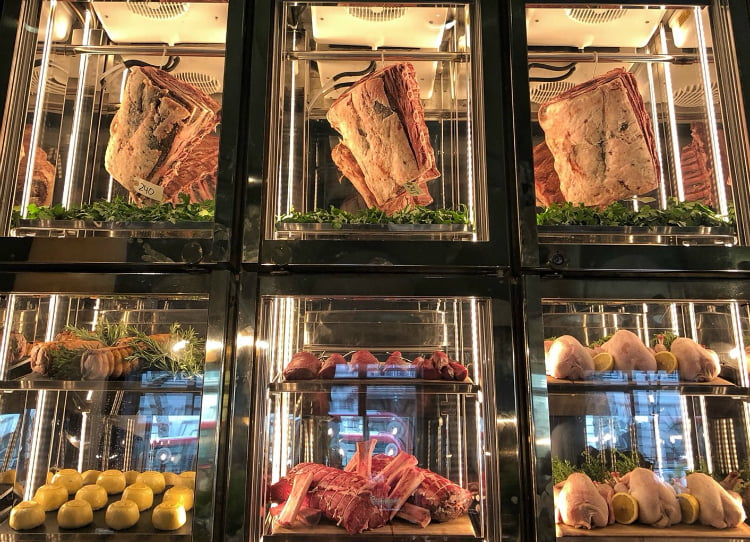 Those cuts all make their way into the thoroughly British, proteinous menu, which makes use of traditional techniques, star ingredients, and a hard-working rotisserie grill. You can find dishes like glazed omelette lobster thermidor; a mushroom risotto with parmesan and ‘crispy egg’; an incredibly posh fish and chips; and, imported from The Butcher’s Tap, a dry-aged rib of beef with ox cheek bordelaise and gherkin ketchup. For dessert meanwhile, there are showstoppers like raspberry & rose geranium trifle; or dark chocolate pudding with salted caramel and malted milk ice cream. 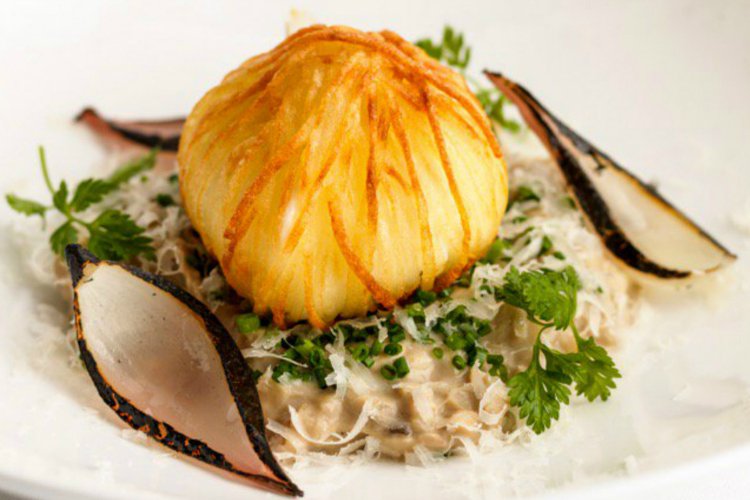 Past a set of antique mirrored panels there’s also a separate bar space, with sleekly curving banquettes and a marble bartop. The drinks showcase British creations, like English sparkling wines and craft ales and lagers, served on tap from rows of wooden kegs artfully tucked behind Georgian glass panelling. And you can get a Scotch egg there, too.

Which should make you a ‘pie.

NOTE: Kerridge’s Bar & Grill is open seven days a week. You can find out more, and make a booking right HERE.

Want another reason to visit The Corinthia? Head on over to the Bassoon Bar…