Come From Away Has Announced Its Closing Date...

It came, and soon it’s going away. Following a long and triumphant West End run, big hearted foot-stomping musical Come From Away has just announced its closing date – which also serves as a stirring reminder that, if you’ve not yet seen this triumphant show, you’ve still got a chance.

Yes, fine, you’ve still got plenty of time to book a ticket – the show is playing until 7th January 2023 – but don’t take that for granted; once it’s gone, London will have lost one of its finest shows.

Already a monster Broadway hit, the show blew into town in 2019 and swiftly attracted critical acclaim – including ★★★★★ reviews in The Times, The Stage, and The Mirror – and glut of awards, including four Oliviers (from an eye-popping ten nominations). 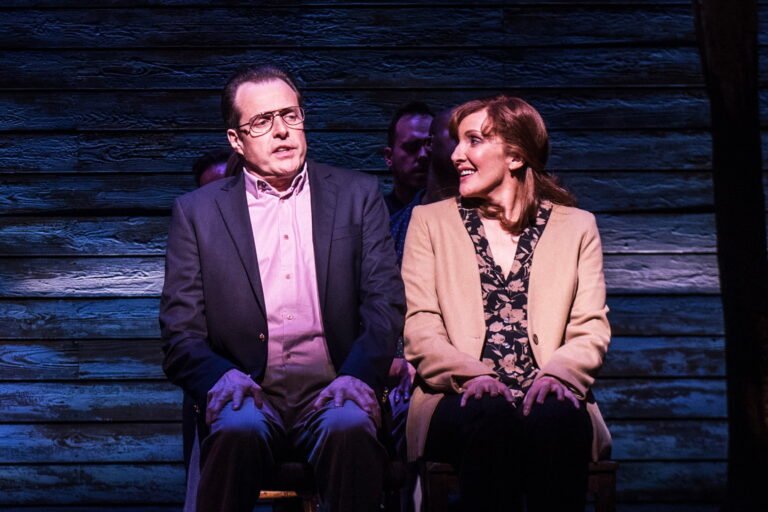 It’s a remarkable true story; the tale of the passengers whose flights were diverted on 9/11, and thus found themselves grounded in a small town in Newfoundland, Canada. 38 planes, containing 7,000-or-so passengers from 100 different countries arrived in Gander, a town of 100,000 people – and the play’s ensemble cast of virtuoso, multi-rolling actor-musicians make it feel as though you’ve met them all. The would-be passengers, arriving in states of confusion, stress, and anxiety, find themselves greeted with open arms by the populace of this remote outpost, and welcomed into their homes, and bars, as ‘come from awayers’.

Over the course of a breathless, interval-free, one hour and forty minutes, the tale is told with verve and gusto – The Phoenix Theatre becomes a Newfoundland saloon, with the pulsing beat of the folk melodies capturing your heart and lifting your spirits. Heartwarming doesn’t even touch the sides – as Mark Shenton rightly says; “It’s a show with an impact that’s difficult to describe: it feels like it creeps up on you unawares, before flooring you with emotion.”

It’s a play shot through with kindness, empathy and humanity – and, above all, a reminder that Canadians are perhaps the nicest people on the planet.

NOTE: Come From Away plays at the Phoenix Theatre until January 7th 2023. You can find out more, and get tickets at their website right here.

What’s this? A Guide to the best London theatre shows playing right now?? Why yes, yes it is.