The Father and the Assassin

It takes a big story to fill the National Theatre’s big old Olivier stage, and they don’t come much bigger than the tale of Nathuram Godse (the titular assassin) the man who shot Mahatma Gandhi (you guessed it, the father). It’s an epic set across thirty years, in an India fighting for its independence and sense of identity as the (frankly useless) British prepare to end their colonial rule.

We follow Gandhi’s rise – via the pioneering use of ahimsa, non-violent protest – to the position of global statesman, whilst tracing the life of the man who started as a Gandhi devotee but ended up murdering him. 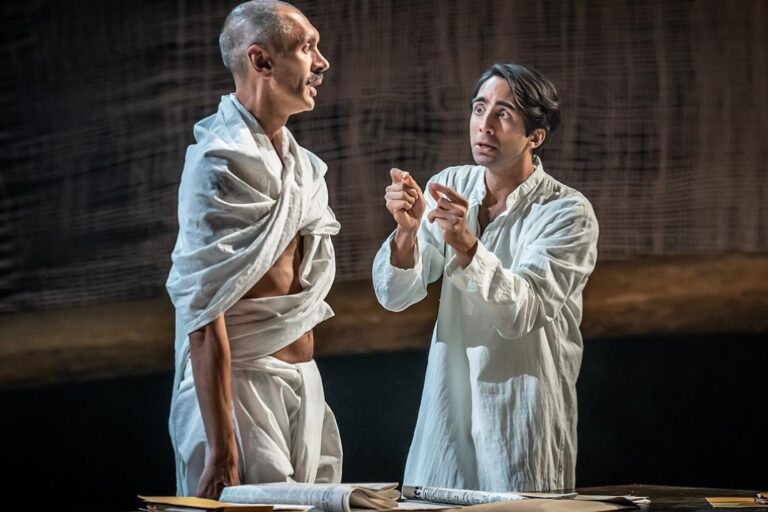 A play that explores nationalism and religious conflict en route to an assassination might seem like heavy-going stuff – but for the most part it’s surprisingly frothy and fun. Director Indhu Rubasingham (whose Kiln theatre is currently showing the fantastic Girl on an Altar) gives us a light and playful production, led with twinkly and unhinged charm by Shubham Saraf as narrator/murderer-to-be Godse, who chats to the audience throughout. Accompanying him is an impish ensemble cast, shifting across the ever-moving, frequently-revolving stage (the stunning set, by Rajha Shakiry, is worth the price of admission alone). 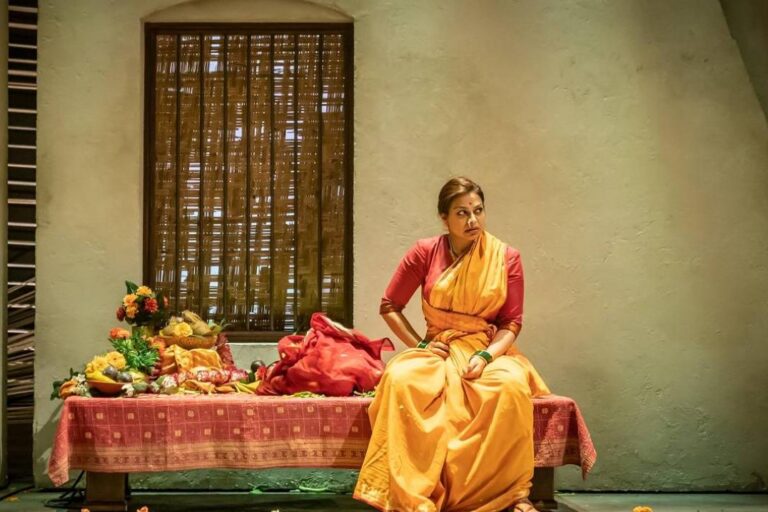 It’s powerful, provocative stuff, and it’s been met with a rapturous reception, attracting ★★★★★ reviews from Time Out (“Brilliantly entertaining. A production that has magic to spare.”) and the Observer (“What a stirring moment at the National. An extraordinary production.”).

If you’re after a blockbuster slice of stirring theatre, a serious tale told with a mischievous wink, all held together by a mercurial – and disarmingly likeable – lead performance, you should head to the National like a shot (sorry).

NOTE: The Father and the Assassin is playing at the National Theatre until June 18th. You can find out more, and get tickets (£20-£89) right here.

The Father and the Assassin