‘They fuck you up, your mum and dad, they may not mean to, but they do. They fill you with the faults they had. And add some extra, just for you.’

The opening verse of Philip Larkin’s classic poem also happens to be a pretty good jumping off point for The House of Shades, Beth Steel’s epic new play set across five decades in the home of the Webster family, which is a thrilling exploration of the politics of families and….well…politics.

Beginning in 1965, we follow the life of Constance Webster (played by Anne Marie-Duff with a brilliant combination of sass and bitterness), who secretly dreams of escaping her drab surroundings and living the life of a Bette Davis-style Hollywood diva. She lives with a disinterested factory-worker husband more focused on the tedium of union meetings than his wife, two idealistic children, and a difficult mother intent on keeping the memory of her dead husband alive.

Moving through the decades, we witness the ebb and flow of loves, economies, and political affiliations, and get a sense of something dark and unspoken at the heart of the Webster’s family life. By the end of the play, in 2019, we know what Constance has done – but the play doesn’t place blame solely at her feet. After all, as the second verse of Larkin’s poem goes; ‘But they were fucked up in their turn, by fools in old-style hats and coats, who half the time were soppy-stern, and half at one another’s throats.’ 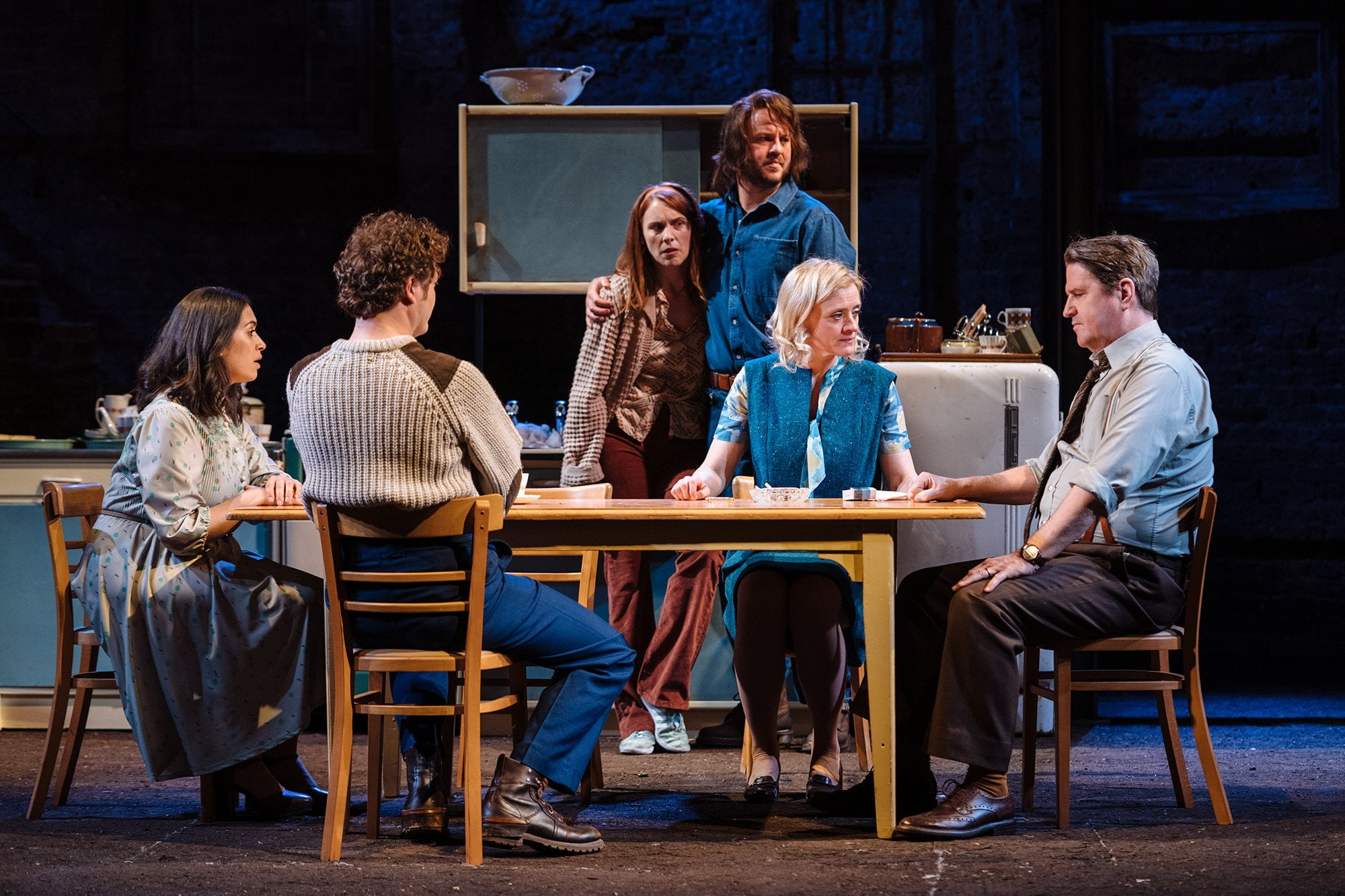 With its sprawling exploration of familial secrets, there are shades of Jez Butterworth’s The Ferryman, and the show has received glowing notices – including ★★★★ in The Telegraph, Independent, The i, WhatsOnStage and The Stage.

It’s a play that asks difficult questions, and refuses to give easy answers. But wherever you land on the political spectrum – if you’re after a powerful, thought-provoking night of theatre, The House of Shades should have your vote.