Francis Bacon's Man and Beast is a Haunting, Visceral Show

Just as we’re all valiantly soldiering on with new year’s resolutions, veganuary and dry Jan, Francis Bacon comes along to remind you that really, we’re all absolute animals.

The new exhibition at the Royal Academy, ‘Man and Beast’, brings together some of his most visceral and unsettling works, from the 1933 Crucifixion that first brought him to public attention, to what would be his final painting. Curated by Bacon’s biographer and friend, Michael Peppiatt, it’s a compelling and effectively-presented account of the artist’s enduring fascination with humanity’s baser instincts.

That personal understanding is harnessed to bring you a unique insight into Bacon’s process, with his photographic references displayed next to many of the paintings. It’s fitting that the majority of his sources – wildlife textbooks, and Eadweard Muybridge’s famous burst shots of animals in motion – were scientific attempts to objectively capture, contain and describe living forms. Bacon’s paintings, by contrast, rage against the apparent order of society. It’s a tension embodied even by the setting of the exhibition itself, with the RA’s soaring ceilings and gilded plaster providing the perfect counterpoint to Bacon’s vital, ruthless images. 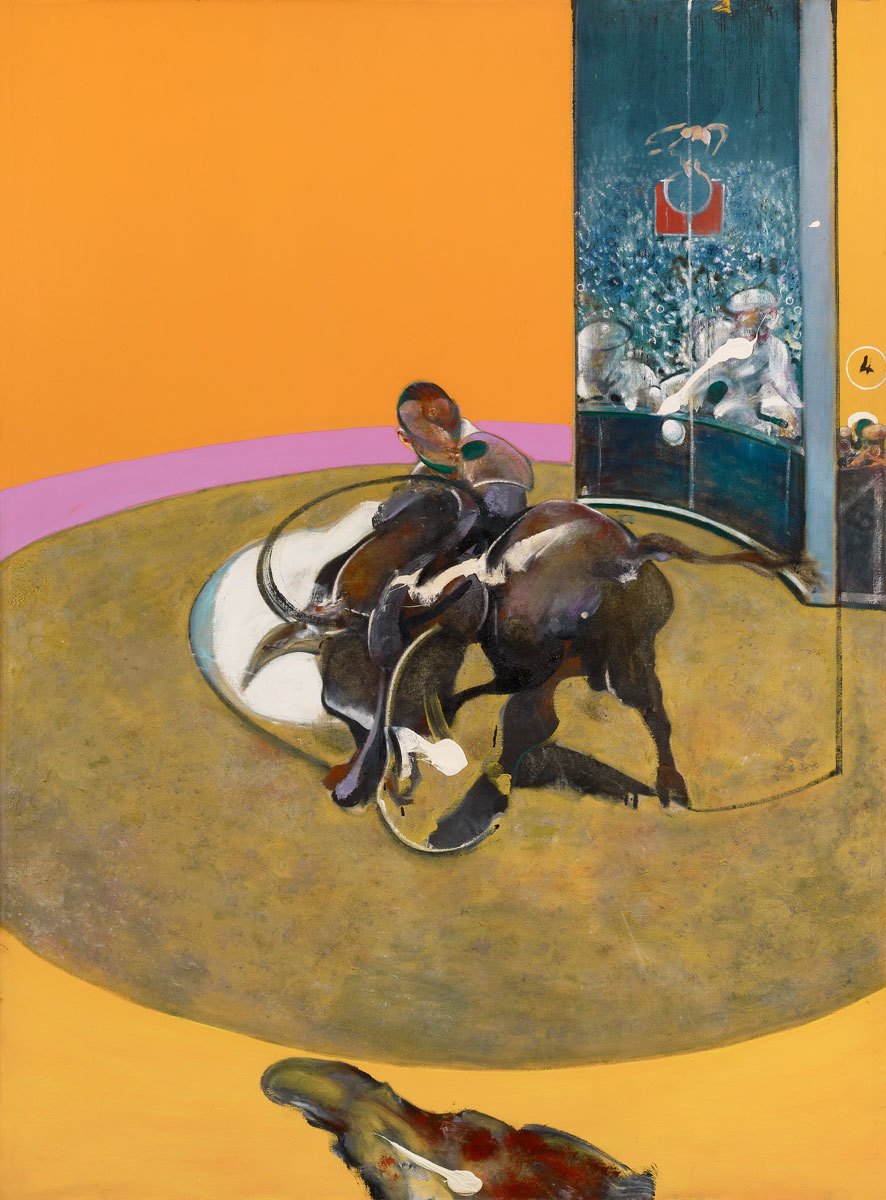 In his hands, human figures are turned to clay; stretched, squashed and remoulded into unfamiliar organic forms with beastly elements – a chimpanzee’s mouth here, the loping gait of a rhino there. There is a dialogue between those who are freed by this, and those locked in a kind of existential anguish, something which is most tangible in a room of portraits. As contemporary scientists were studying chimps in search of a primitive, human-like understanding, Bacon flips the relationship on its head. Supposedly high-status figures – popes and businessmen, each surrounded by a spectral, almost invisible cage – are reduced to animals under our scrutiny, faces terrifyingly blurred and bearing an expression that could be laughter or a scream. One of the few sitters spared this treatment is Bacon’s partner Peter Lacey, who sits perfectly relaxed in his cage, undressed and making direct eye contact. As a man who, we learn, wielded significant physical power over Bacon, he’s presented as someone who understands and accepts humanity’s primal nature. 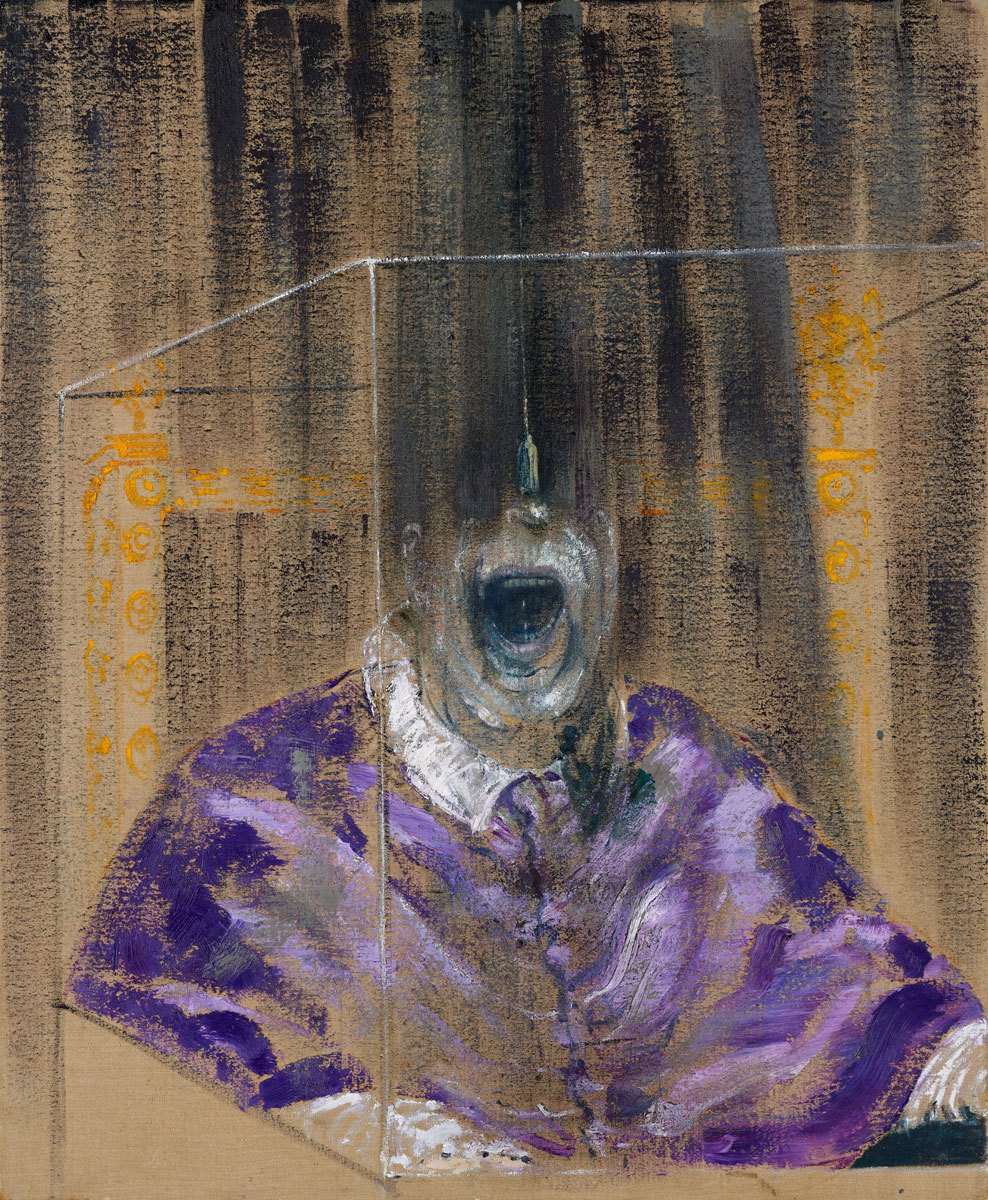 This animalism wasn’t just something Bacon depicted, but something he wanted to directly evoke in the viewer, too. The exhibition quotes his desire to “unlock the valves of feeling and therefore return the onlooker to life more violently.” Our role as onlookers is constantly thrown into frame – either by shadowy observers looming in the background, or the strangely isolated, stage-like settings of the subjects, who appear in arenas, circus rings and cages.

The exhibition closes with Bacon’s late-career paintings that return to his interest in bullfighting. Unlike the 1960s triptych displayed earlier in the show, these paintings leave both bull and fighter out of frame. Instead, through surreal, convex mirrors, we are confronted with reflections of punctured flesh and bone.

Here’s looking at you, kid.

Art lover? Check out the best exhibitions on in London right now