When it comes to exhibitions, it’s sometimes just the luck of the draw.

But if you happen to stumble upon 2 Granary Square, you’ll have found the UK’s only gallery devoted to graphic art and illustration; fittingly called… the House of Illustration. Founded by none other than the esteemed Quentin Blake, whose drawings hold a place in pretty much every child in Britain’s heart and bookshelf, it opened its doors in the summer of 2014.

The gallery is set within a beautifully restored Victorian warehouse, boasting a dominating brick facade and huge windows. Inside, you’ll find three galleries and a studio space, where they not only put on a variety of exhibitions, but also a wealth of talks, workshops and events. They’ve also been crowned the only gallery to run a residency for illustrators and graphic artists in the UK, supporting emerging talents.

With all that said, you might be asking what’s actually on? Well, a lot, is the answer. And you can read a little more about a few of the highlights below…

Alongside various temporary exhibitions, you’ll find a permanent collection of works by the gallery’s founder himself, Quentin Blake, aptly named ‘From The Studio’. Here, you’ll see an up-to-date display of Blake’s current projects, beside recent publications, books and preparatory sketches. 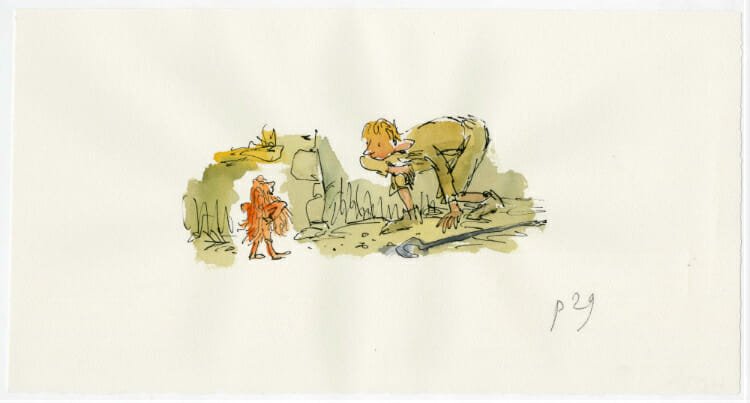 He’ll also be in very good company over the next few months; Marie Neurath is bridging the gap between science and graphics in her exhibition ‘Picturing Science’ (on until the 3rd November). If you decide pop down later on in the year instead, you’ll catch a display of Cold War Graphics, featuring original Cuban propaganda prints (27th Sept 2019 – 19th Jan 2020), and an exhibition of W.E.B. Du Bois’ powerful and thought-provoking infographics from the 1900s, ‘Charting Black Lives’ (8th November 2019 – 1st March 2020).

If you’re looking for something a little more hands on, throughout the summer you can book into one of their many short courses and masterclasses, including a picture book weekend course with Claire Alexander; an editorial illustration masterclass with Joanna Layla; a masterclass on the art of creating compelling picture book characters with Claire Alexander; botanical illustration with Elaine Searle; and even a woodcut weekender with Guy Allott.

So if there’s something that takes your fancy…

Looking for more exhibitions? Check out what’s on in London’s art galleries

All Points East Is Back And it’s bringing Field Day with it, too.

Tom Kerridge's Food & Music Festival is Back Get Michelin Starred food while watching some of the country’s best bands.

Things To Do | Wood Green

Drink In The View At London's Biggest Beer Garden Pints and panoramas, what more could you ask for?.