It’s a good idea for everyone… except spurs fans.

And it’s coming to you from none other than Queens Skate Dine Bowl, who, after unveiling their human curling experience, have apparently found themselves at the start of a slippery slope. So, it was only a matter of time before they announced the next in their series of super-sized, inflatable-enhanced activities: and today we learn that it’ll be taking the form of human football zorbing. On ice.

Zorbing, for those who might be unfamiliar, is the act of sealing yourself inside a giant, transparent, inflatable orb and setting off to career uncontrollably around the countryside. And Queens, thankfully, have identified the two main issues that have hitherto hindered its entry to the mainstream: 1) it would probably be better in an enclosed space; and 2) it doesn’t involve any football. 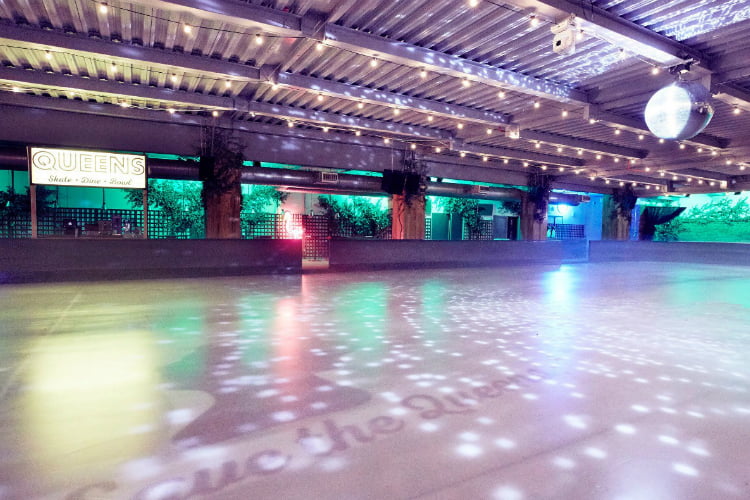 So, to celebrate the launch of the World Cup, they’re inviting you to step into one of their 12ft zorbing balls and roll onto their 12,500m sq ice rink for a fully blown inflatable football match – conducted via a 6x6ft ball, which you’ll need to skilfully nudge into the goal. Standard football rules will, naturally, apply. And once you’ve proved your mettle on the pitch, there’ll even be a post-match glass of prosecco waiting for you in the on-site MEATliquor bar.

In case you haven’t had enough of bubbles yet.