The world's most ethical pub has popped up in Shoreditch

“The world’s most ethical pub” sounds like a bold claim.

But the Green Vic isn’t telling any white lies.

It’s in Shoreditch as a three month pop up. and it boasts zero-waste suppliers, plant-based food, a drinks list contributing to over 40 charities, and staff from disadvantaged backgrounds. 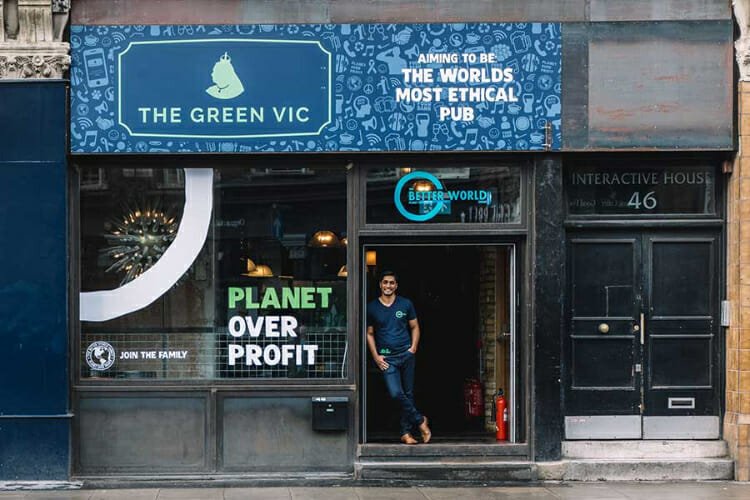 The mantra of the organisers is simple: ‘if you want to change the world, you have to throw a better party than the ones destroying it’.

Let’s hope a permanent venue gets the green light.

NOTE: The Green Vic is open now, until September 20th. You can find out more at their website HERE.