You Can Now Stream Netflix Simultaneously, With Anyone

But have you tried it in multiplayer mode?

Because thanks to this beast of a Chrome extension, you can now watch all of Netflix’s content simultaneously with friends from across the world/street/wherever.

It’s called Netflix Party, and although it’s not an official Netflix product it seems to work fairly seamlessly. The idea is relatively simple: a party ‘host’ downloads the extension, and it provides them with a shiny ‘NP’ button in their browser. They then head to Netflix, select a film/show, and then hit that button. It’ll provide them with a shareable link to send to anyone who wants to join in (so long as they have a Netflix account, of course). 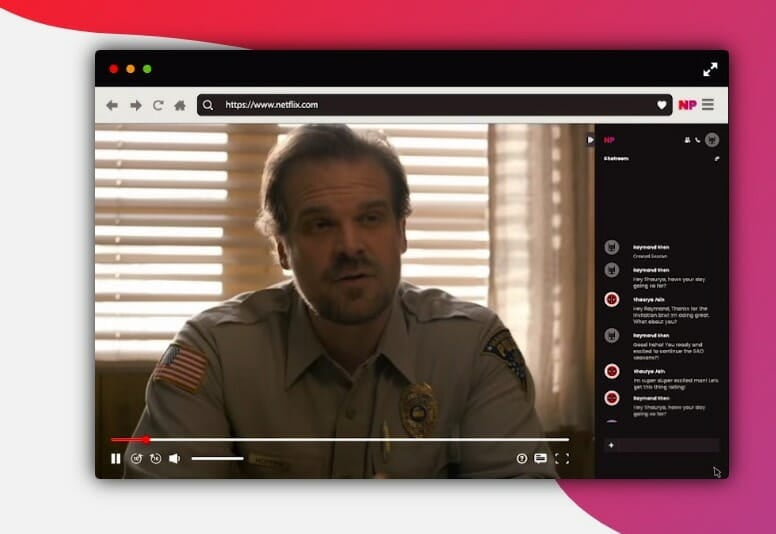 Everyone who clicks the link then gets taken to a shared page streaming the movie/show to everyone simultaneously. There’s a highly customisable chat window to the side, and the video controls can be shared amongst all, or simply made exclusive to the host.

The only proviso? Being as it’s not made by Netflix themselves, it’s only available on a computer for the time being – you can’t simulcast on your smart TV. At least not without a little tech savvy. But then, on your TV you wouldn’t be able to use the chat feature… so maybe it’s not the worst thing.

NOTE: Netflix Party is free, and available for Mac & PC. You can find out more, and download it right HERE.