Catch An Exhibition On The Southbank

What do Bruce Wayne and Isaac Hayward have in common?

Well, they both have notable buildings named after them.

And that’s about it.

Once commissioned, the Royal Festival Hall struggled to get opened on time, until Sir Isaac Hayward (not dressed as a bat) stepped in to oversee the project and ensure its timely delivery to the public. The gallery – opened 17 years later – was then named after him in honour of his achievement.

Fast-forward fifty years and it’s now a world-renowned gallery, well known for its contemporary art exhibitions. You might, indeed, be forgiven for thinking that the building itself is part of an exhibition, as the brutalist architecture of the Southbank Centre – where the gallery’s situated – is a wonderful example of the style born out of the 19th century modernist architectural movement. But it isn’t, and you probably wouldn’t be. 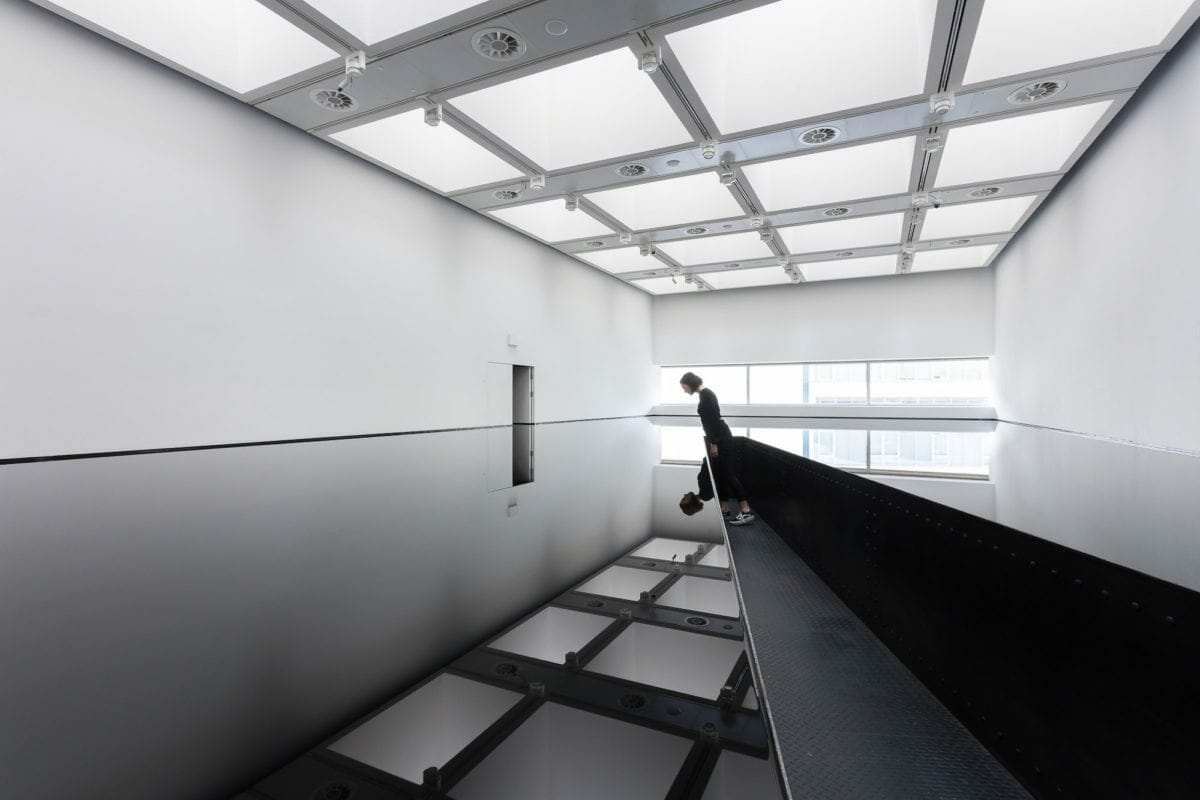 Unlike most galleries, The Hayward doesn’t house a permanent collection, choosing instead to have a year-round programme that presents adventurous (and sometimes controversial) contemporary works from around the world.

Over the decades, it’s staged sprawling retrospectives from pop artist Roy Lichtenstein to op artist Bridget Riley, major solo exhibitions, and eclectic themed group shows like ‘Psycho Buildings’ and ‘Shape Shifters’. The huge, airy spaces make the Hayward a great place to exhibit enormous installations, like Richard Wilson’s 20:50 (a room filled with oil); Anthony Gormley’s Blind Light (a room filled with fog) and Carsten Höller’s Decision Corridors  a labyrinthine maze of pitch-black steel tunnels. More often than not, exhibitions at the Hayward feature artwork that you’re invited to touch, change or step inside, like the time Austrian collective Gelitin flooded the rooftop terrace and got everyone to sail around in boats.

Exhibitions are currently on hold thanks to coronavirus, but next year they’ll be screening a ‘breathtakingly beautiful’ (according to the New York Times) new artwork by filmmaker Matthew Barney, which “uses choreography to weave together the story of Diana and Actaeon, cosmology and modern American political narratives.”

NOTE: The Hayward Gallery is currently closed due to corona. For more information on what’s coming up, click here.

Like modern art? Why not check out the Tate Modern…

Things To Do | Marylebone

Made You Look A celebration of black chefs that’s part exhibition, part supper-club.

Noël Coward: Art & Style See the man behind the myth at a free new show in the Guildhall Gallery….

They've Conjured Up A Harry Potter Photographic Exhibition And it’s got a butterbeer bar….

Learn To Graffiti At Graffik Gallery Time to rebel. In a lawful fashion.