If the Connaught Hotel in Mayfair sounds like it might be the most quintessentially English thing you’ll ever come across, don’t be fooled.

Because when it was founded in 1815, it was named the Prince of Saxe Coburg Hotel, and a mere century later when being German was far less popular, the name was changed to sound “more British”. Which makes it definitively the most most quintessentially English thing you’ll ever come across.

A century after that, the bar is still having praise lavished upon it (2nd best “in the world” etc., etc.), and for good reason. And here are those reasons:–

Set inside the five-star Mayfair hotel The Connaught, the place has an elegant-as-all-hell décor of textured silver-leaf walls, a period plasterwork ceiling, dark leather ‘alligator-skin’ armchairs and shimmering, dimmed lighting, all put together by legendary interior guru David Collins. Tucked away at the back of the hotel lobby, it has the feel of a secret bank vault, with intimate, date-worthy banquette nooks; quirky silver gateways either side of the bar; and glossy black archways between the seating.
– 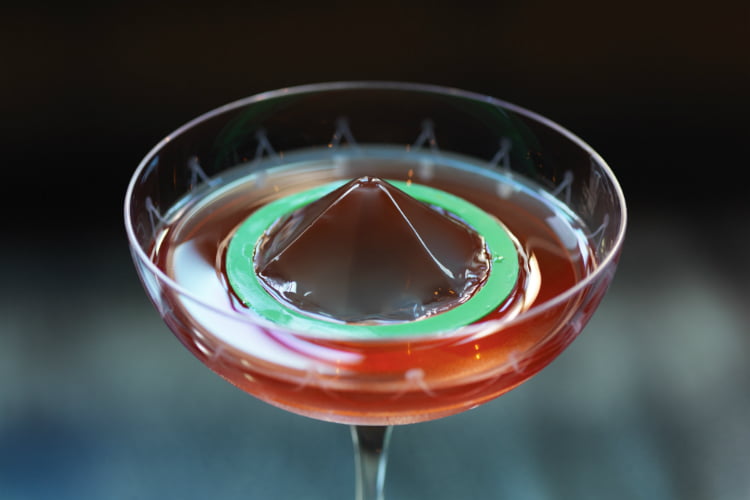 Cocktails are accurately measured, mixed and poured by the master mixologists here with unbelievable aplomb and old-school, bow-tied panache. We can say with 99% certainty that these are some of the best drinks you will ever have. Even the classics come with a Connaught twist; whether it’s the Bloody Mary with celery air or the Vieux Connaught with saffron smoke that takes your fancy, you’ll get a recognisable drink that’s been given an award-winning transformation. And if you’ve got a stash of cardamom leaf-infused whisky or helichrysum oil kicking about at home that you just don’t know what to do with; you’ll be pleased to hear that you’ll be handed a recipe card of your chosen cocktails at the end of the night – some of which even come with an edible rice paper photograph of the bar that smells just like your cocktail.
–

Brought to your seat and made just to your liking, the much-fabled Connaught Martini Trolley experience makes it worth ordering one, even if you have no intention of drinking it (though this would be a travesty and a waste of the exclusive handmade bitters used to make it). You’ll have a choice of lavender, coriander, cardamom, ginger, grapefruit, vanilla and liquorice flavours. Good luck with that.
– 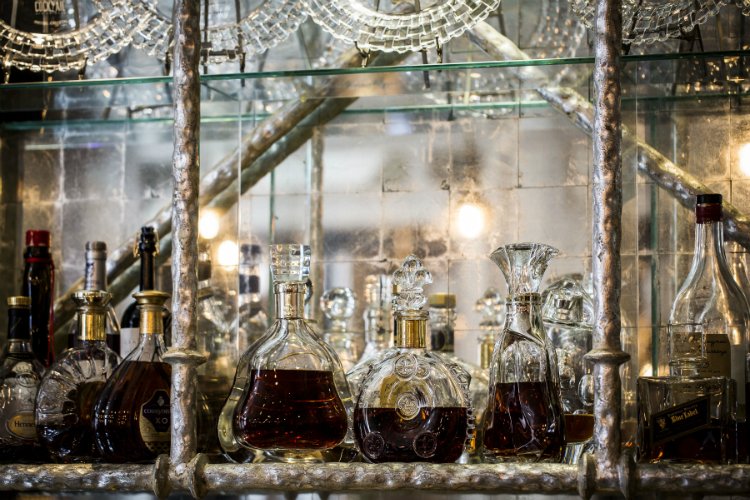 Alongside the cocktail menu is a list of some of the finest champagnes and wines, some of which are sold by the glass, and others only by the bottle (like the ’98 Pétrus). Then there’s the four pages of Scottish, Irish, American and Japanese whisky to peruse, from the eminently drinkable Nikka Miyagikyo to Pappy Van Winkle – but the real star is the exclusive Connaught Cask whisky, blended by a master distiller and finished in cabernet sauvignon, port and sherry barrels to give it an inimitable flavour.

Shame there isn’t a recipe card for that.

NOTE: The Connaught Bar is open daily from 11am to 1am (midnight on Sundays). They take walk-ins only, and you can find out more on their website HERE.

Night Tales Is Back And it’s loading its sun-dappled terraces with cocktails, street food, and a whole lot of music….