1) It’s huge
The venue has room for over 130 barleypop-lovers, and that’s just indoors. The space comprises a large, brick-walled ground floor overlooked by a mezzanine viewing gallery nestled amongst the brewing tanks up above. It’s the biggest of its kind in Hackney, and if you take a brewery tour, it’ll take a full 90 minutes to get around the place.

2) There’s more beer than you might expect
Not only are they slinging the beer that they brew here, which is a LOT, but the way, but you can also find a roster of limited edition brews, seasonal numbers, and cask-conditioned ales too. 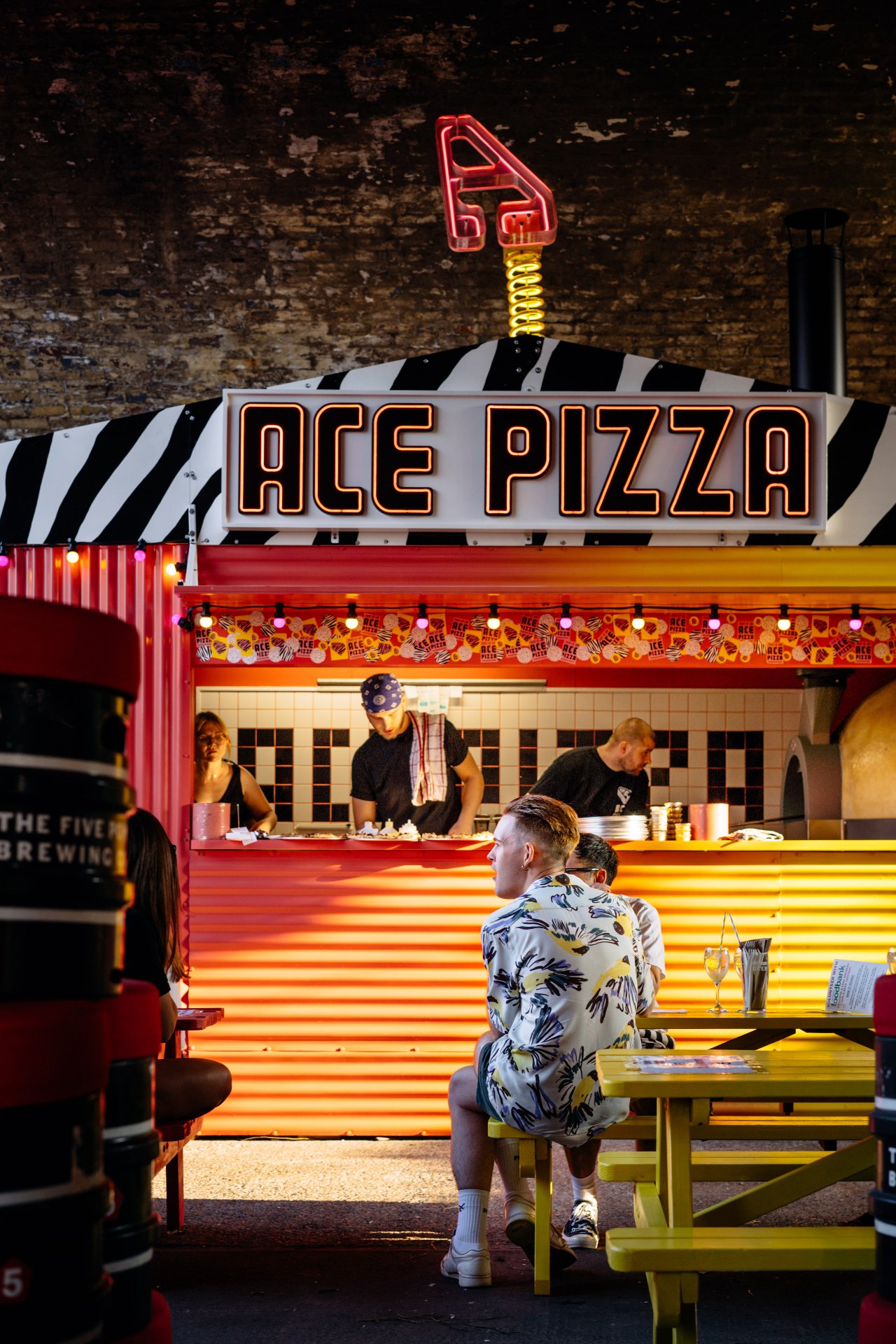 3) There’s pizza
The food here is supplied by ACE Pizza, who make NY-Neapolitan style dough – that means it’s slow-proofed and flash-cooked, for a light & crispy crust. You’ll find it here topped with all the conventional goodness (double pepperoni, roasted aubergine, chicken shawarma, etc.), but they also do a line in excellent vegan pizzas too.

4) You can get a cheap pint
Like, one of the cheapest in the neighbourhood. Every Thursday & Friday between 5-7pm, they’re running a happy hour with tank-fresh pints on sale for just £3.50 a pop.

5) There’s music
Every Friday and Saturday, the taproom plays host to DJs from the MOTH Club, just around the corner.

That about wraps up the important stuff.

Now, just point yourself down there.

NOTE: The Taproom at The Five Points is open Thursday-Saturday, with brewery tours running every Saturday. You can find out more, book a table or a tour, at their website right HERE.

Live south of the river? Get thee to the Brixton Brewery Taproom.