A skill they presumably learned at sundae school…

…or, more likely at their Camden stall, where they’ve been practising the art of making ice cream using liquid nitrogen for the last seven years. And now, they’re pouring their talents into a glorious Soho emporium, called the Chin Chin Club.

The space seems to be entirely coated in gold and marble, with mini strip lights perforating the ceiling, and a car-sized slab of marble squared off into the shape of a bar. It’s from behind that bar that you’ll find the science-powered wizardry behind their liquid nitrogen made ices; making their ice cream this way means it’s a) always made fresh, before your eyes and b) smooth & ice crystal-free. The menu includes some of – 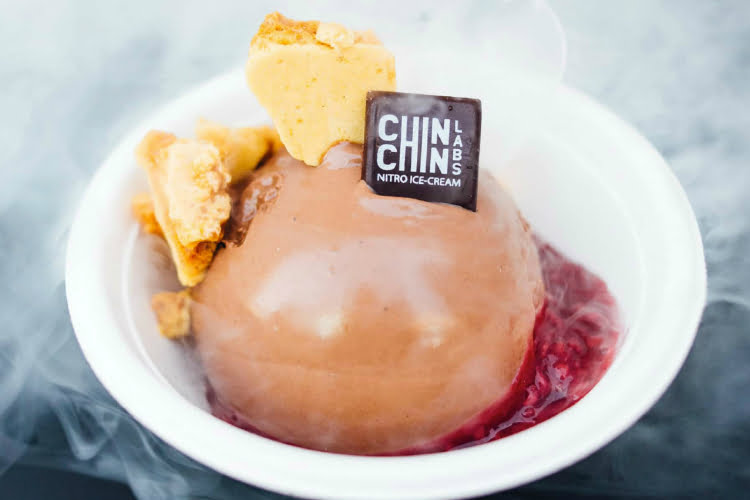 Yes, you can get scoops of insanely flavoured ice creams (tonka bean, cherry & shiso leaf, and avocado & fried corn, for example), and yes, you can get their Brownwich ice cream sandwich that uses brownies to grip a slab of pondicherry vanilla ice cream, but what you’re really here for is –

Just take it on the chin.

If you’re in Soho… check out our Soho guide.