Chisou is a new Japanese restaurant in Mayfair.

That’s been around for 16 years.

You see, after having established themselves as one of the preeminent Japanese spots in central London over the course of more than a decade and a half, the people at Chisou decided it was time for a change of scenery. So they’ve moved the restaurant three minutes down the road, and into a whole new space – and thankfully, taken the opportunity to add improvements, upgrades, and neat little additions to almost everything. Here’s what you can expect: 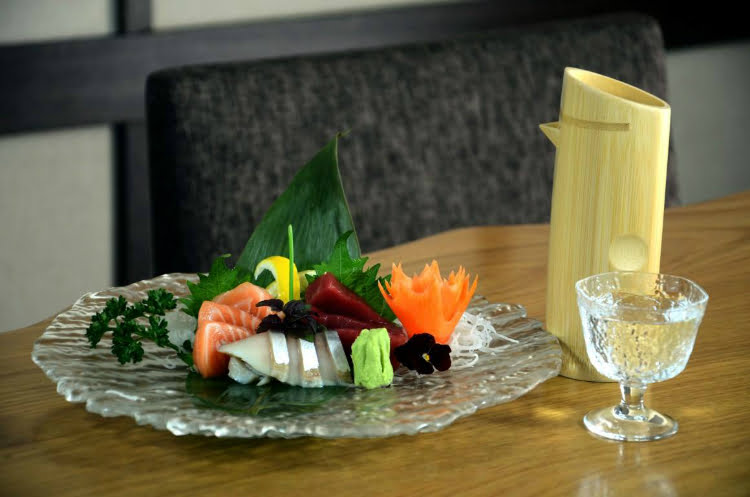 Not only do they have a larger fresh fish counter, but it abuts an all-new chef’s table for 6 people at the end – and if you’re sitting at either of them, you can get their all-new omakase experience, which – for those unaware – roughly translates to “I’ll leave it to you”, and refers to the practice of sitting at a sushi counter, and simply allowing the chef to give you whatever’s freshest & best that day, creating what is essentially an instant, bespoke sushi tasting menu.

(Of course, if you’re into a good ol’ a la carte, you can’t go wrong with their stalwart dishes like creamy black cod marinated in white miso paste, or rock shrimp tempura with yuzu sauce).

As well as the stalwart, extensive, and well-balanced sake list, the classic cocktails, and the wine they usually have, they’ve also added some draft beer in the form of super chilled Asahi, after a couple of pints of which you’ll probably feel the same way.

They’ve slung a trio of private rooms underneath the space, in the basement next to the kitchen, which can be opened up into a single space…

…should you want to invite 20 of your friends around to dinner.

NOTE: Chisou open for lunch and dinner, Monday-Sunday. You can book a table right HERE.