Vivek Singh has opened another restaurant, which is important news for anyone with tastebuds.

Based in Covent Garden, Cinnamon Bazaar is an all-day modern Indian affair with brightly coloured walls, sleek ceiling drapes, and tables lit by festoon lights. And being an all-day affair, you’ll find the menu starts with:

Weekend brunch, meaning you can chow down on warm parathas (both savoury and sweet) or, should you be in the market for something a little more traditional, dishes like spicy masala omelettes, and kedgeree. Following that, there’s:

Lunch & dinner, which sees snacks of beetroot & Calcutta-spiced crab in chickpea batter, or chicken haleem with sourdough toast. Plus there’s a Bazaar Plates menu that includes standouts such as the Kabuli kofta in fenugreek sauce, or grilled aubergine with sesame peanut crumble, labna, and toasted buckwheat. Or, most noteworthy perhaps, their signature Chaats (the “king of street food in India” according to Singh) with offspring like the Papdi chaat of crisp wheat, tangy tamarind, yoghurt, and chickpea vermicelli or the the watermelon chaat of pressed watermelon, amaranth seeds, date chutney, and masala cashew nut. 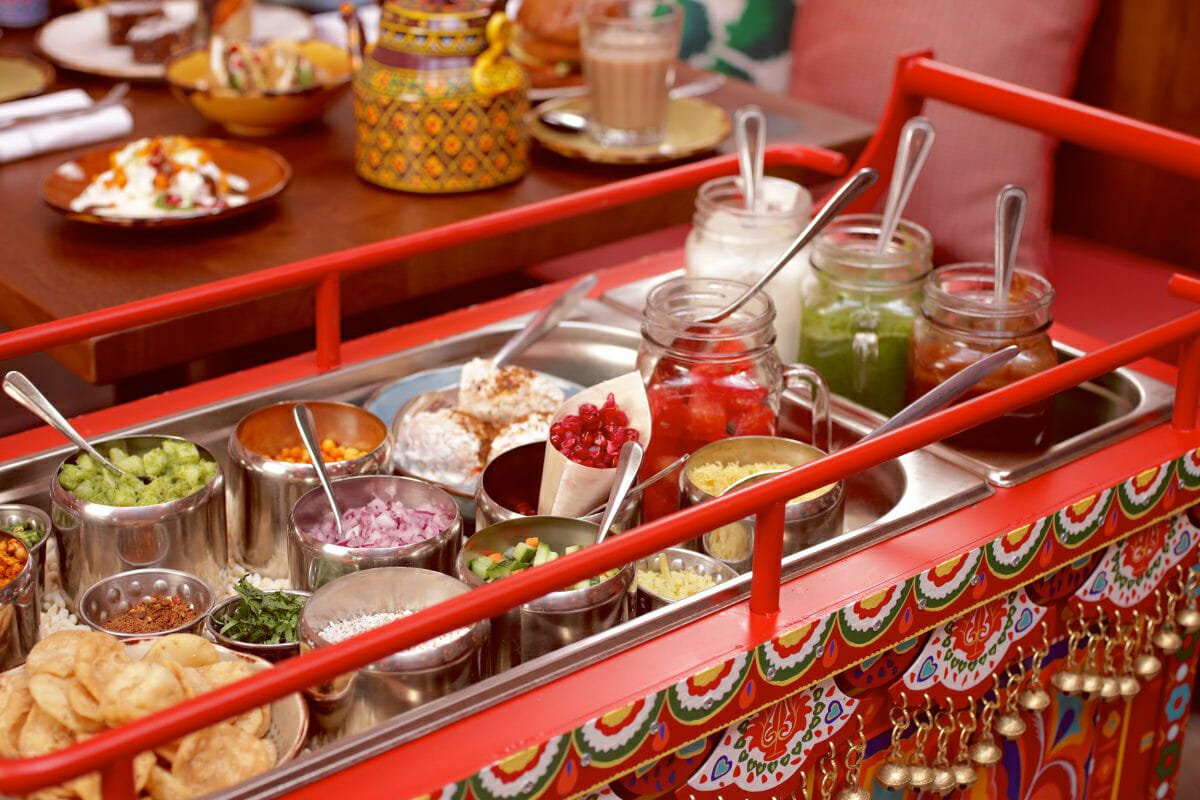 The cocktails, all of which have been created by master mixologist Ryan Chetiyawardana – behind award-winning cocktail bar Dandelyan (now reopened as Lyaness). There’s the Makhani Gin Fizz made with Beefeater Gin, cream, saffron tincture, almond, lemon, egg white and soda; the Bazaar Old Fashioned of coconut washed Indian scotch, coconut sugar, and burnt cinnamon; and the Masala Coke Float of aged rum and masala ice-cream. All of which you can enjoy alongside your food within the hustle and bustle of the main restaurant…

…or, from The Khari Baoli (Cinnamon Bazaar’s private dining room) where you and up to 29 of your friends can instead create a hustle and bustle of your own, helped along by a private bar team there to attend to your every cocktail need.

Like great Indian restaurants? Make a visit to Kutir