The best way to enjoy an authentic Japanese dining experience…

Or to Koya in Soho, where the dough for fat, silky wheat-flour noodles is kneaded on site each day in the traditional Japanese way.

Serving two main types of noodle – atsu-atsu: hot noodles in a hot broth; and hiya-atsu: a hot broth with cold noodles on the side – in an authentically understated and utilitarian interior, it’s easy to forget that you’re in London while dining here.

Providing that you can avoid looking out of the window while doing so. 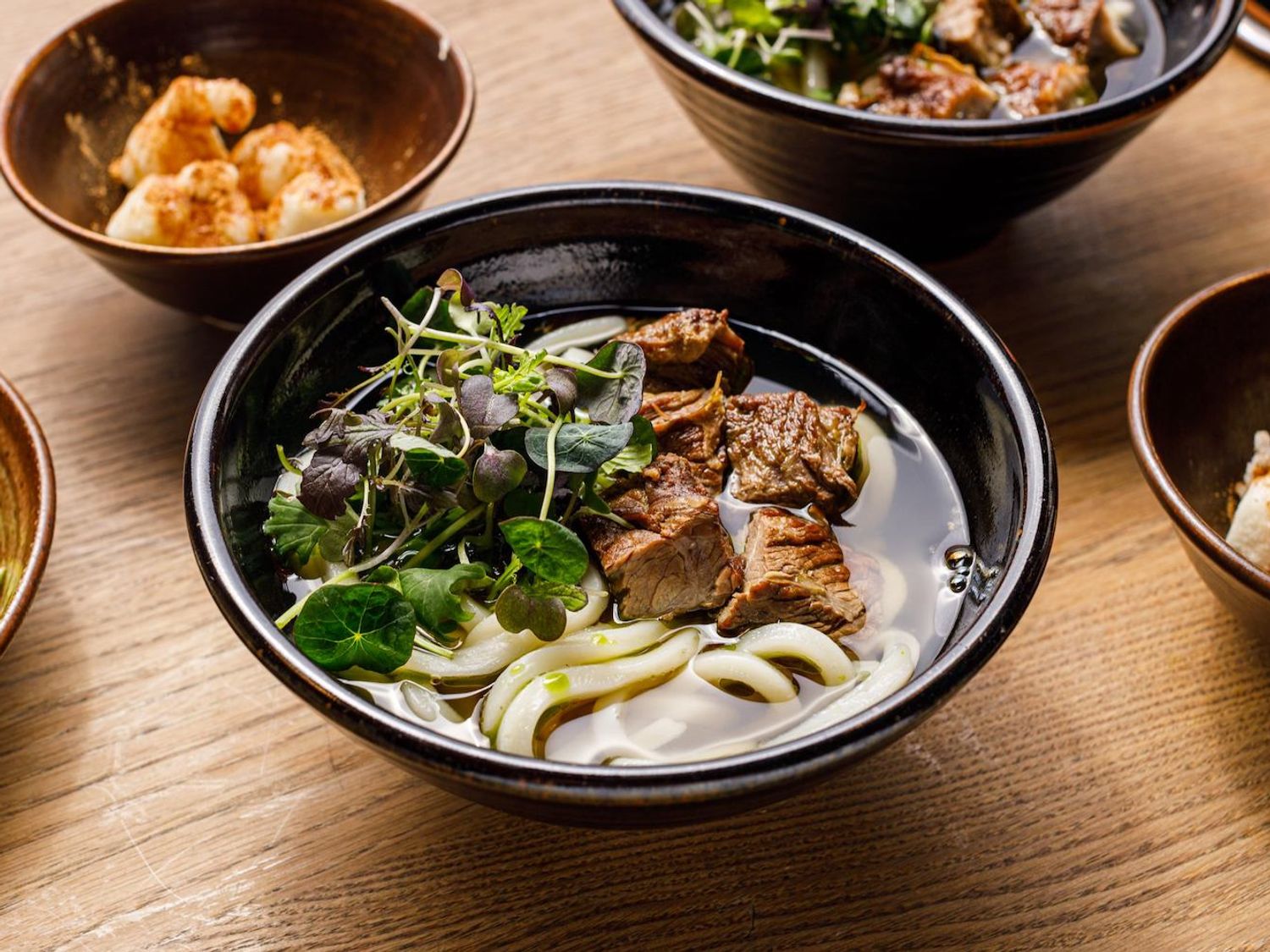 Koya Soho has a rotating list of blackboard specials which change daily (and which might include sake-steamed hake, or cured monkfish sashimi), plus a 25-seater wood counter overlooking a traditional Japanese open noodle kitchen in which you’ll spot chefs busily preparing your meal.

In summary: the next time you feel like enjoying perfectly-executed udon noodles (prepared in front of your very eyes) in what feels like an authentic Japanese noodle bar, you can either go to Koya… or to Japan.

NOTE: Koya Soho is open every day, 10am-10pm, and doesn’t take reservations – just walk on in.

Like dining in the area? Check out our guide to the Best Restaurants in Soho