In Venetian dialect, ombra – aside from its country-wide meaning of ‘shade’ – has come to mean ‘a glass of wine’. The story goes that a wine-seller in St. Mark’s Square used to move his cart throughout the day to follow the shadow of the campanile, keeping his bottles cool. Locals began to meet ‘for a glass under the shade’, and the rest is history.

There’s a distinct feeling that Hackney’s Ombra could spawn some of its own local traditions just as easily. A lot of hype has latched onto the place recently, but it’s been quietly serving its refined Italian cuisine to Hackney residents for 11 years now. 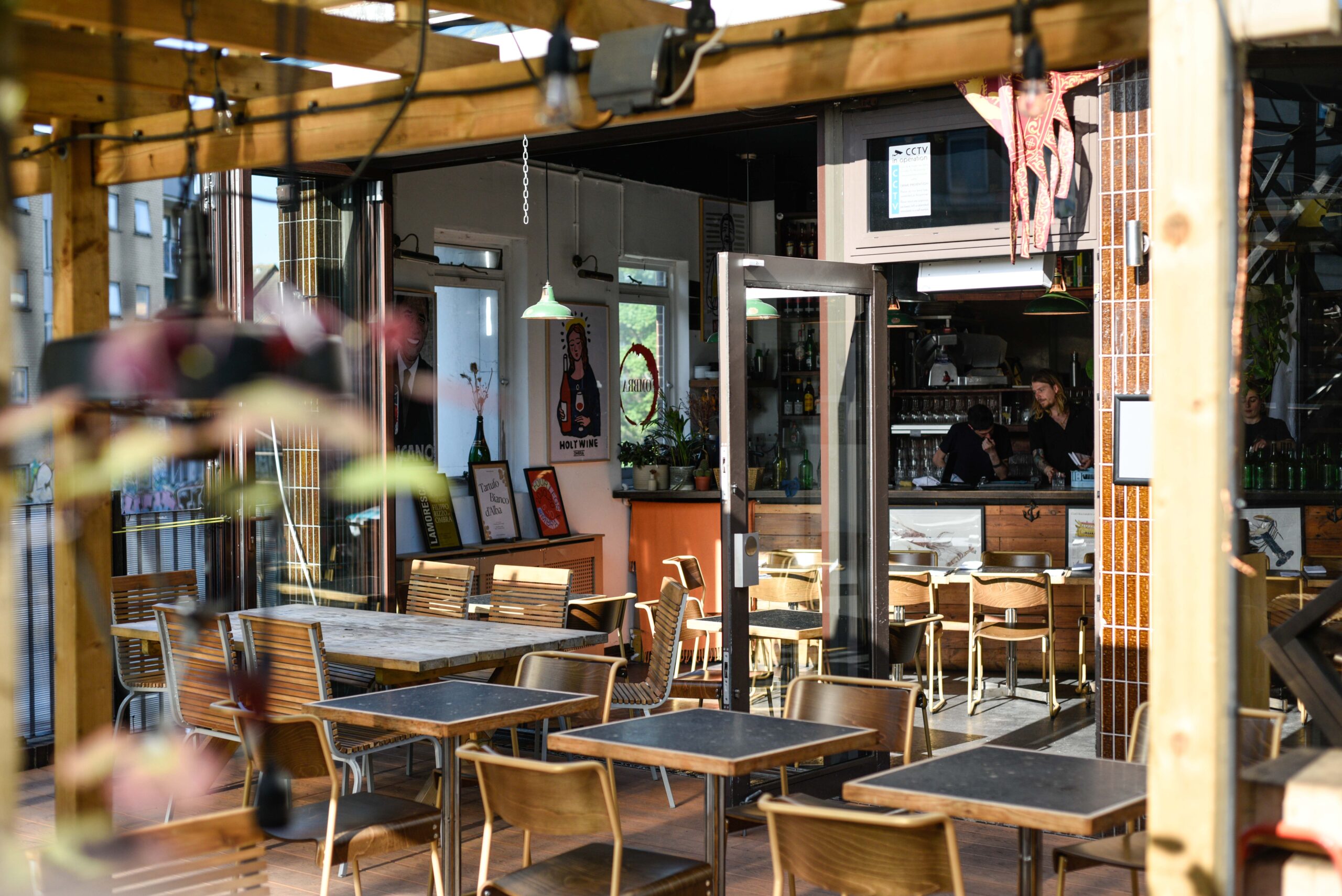 There’s an ineffable Italian quality in the bones of this place. It was previously a gallery and, before that – as far as we can tell – an electrical manufacturers. There are brown 70’s tiles lining the facade that have stubbornly stuck around long enough to come back into fashion. Over the years, they’ve expanded to create an outdoor terrace which isn’t particularly glamorous, but who cares when you can be drinking your Campari soda in the sun. And inside, an endearingly odd, polygonal space has been transformed into an intimate bacaro, with shelves groaning with bottles of amaro, empty magnums filled with dried flowers, and original artwork for past Ombra events adorning the walls. At the back, the servers uncork wines behind a long, narrow bar, and behind that is the modest kitchen space, peeping through the doorway and serving hatch. It’s unfussy, in a very continental way. And the diners – young families, friends, dates – generally have their table for the night.

Head chef Mitshel Ibrahim was born and raised in Milan, and had just finished working at The Clove Club before he was offered the gig here. It’s the unexpected combination of low-key surroundings and elegant dishes that gives Ombra its enduring charm. 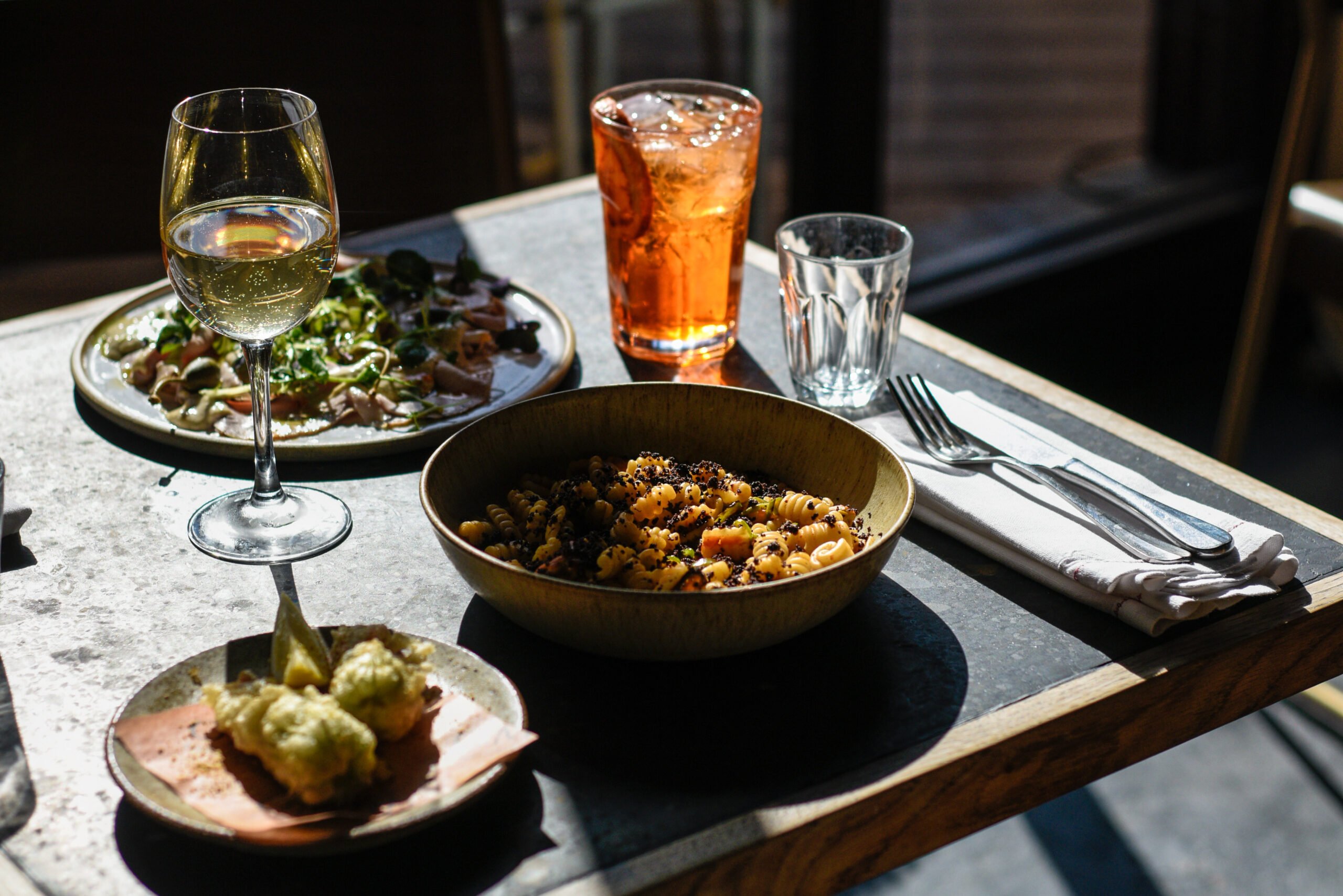 Ibrahim’s cooking takes the form of a seasonal à la carte at the start of the week, with a set menu taking over on weekends. There are gnocchi fritti; puffy discs that deflate satisfyingly into crisp flakes, topped variously with ricotta and fresh peas, or folded slices of mortadella. There’s a pungent and tangy crab & ricotta salad, with tiny pickled aubergines. And of course, there’s pasta, hand-made and cooked to precisely the right point. The scalloped ravioli, al dente at their edges, swimming in butter and settled under a snowdrift of parmesan and truffle flakes, are outstanding. As, really, you’d expect anything swimming in butter, parmesan and truffle to be.

Framing the main event are Italian natural wines and spritzes, focaccia (easily up there with London’s best, light and drizzled with olive oil), and desserts including a stellar panna cotta with apricot.

NOTE: You can find out more, and book a table at Ombra HERE.