Good authors, too, who once knew better words
Now only use four-letter words
Writing prose
Anything goes!
-Cole Porter

When you’re right, you’re right. And Cole Porter was often right. And one thing that he was particularly right about, was that we could all do with something life-affirming & uplifting in our lives every now and then. And trust us when we say, this is that something.

That this show of his is a winner is hardly breaking news (given that, in fairness, it was first staged in 1934), nor even is the fact that this particular production is a stone cold classic (it was first mounted on Broadway in 2011, and hoovered up an embarrassment of Tony Awards). But, although it’s a time-tested show, there are precisely zero reasons not to see it. 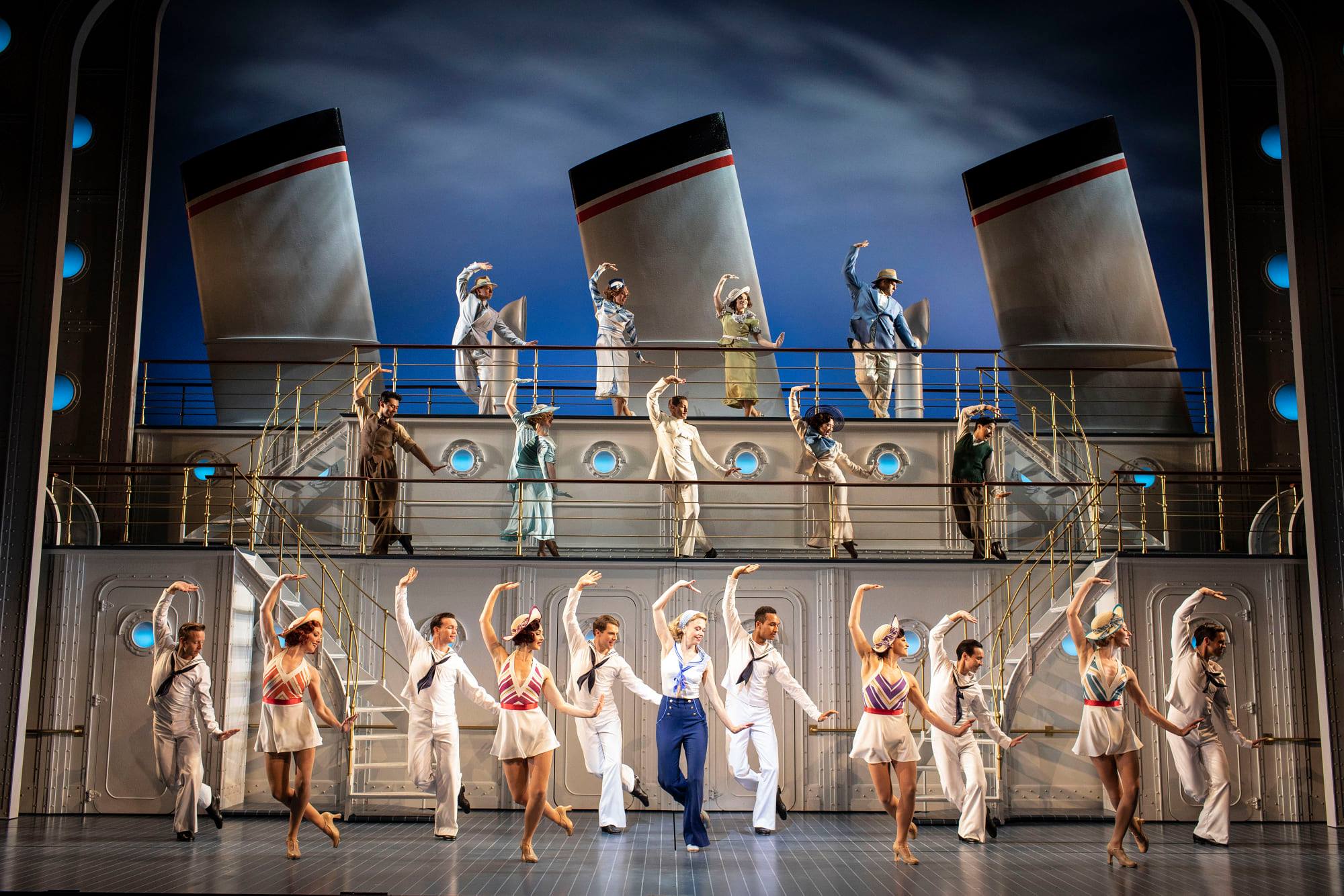 There’s the venue – it’s at the Barbican, which is absolutely the most beautiful theatre in London, and more or less what a theatre would look like in a Wes Anderson film. There’s the set – unfathomably pretty and expensive. There’s the cast – approximately fifty(!) of showbiz’s absolute finest triple threats, plus a full orchestra (can the show possibly make a profit? Is it all an elaborate tax write-off? Thankfully this is not our concern). There are the songs – all of them, with their dextrous lyricism and infectious melodies, demonstrating Peak Cole Porter, and many of them so iconic that it seems scarcely plausible that somebody actually ‘wrote’ them, starting right with the opening number, ‘I Get A Kick Out of You’.

Is there a “plot”? Pfft, who knows. Something about a ship? But, frankly that was never the point – Cole Porter had to include some vague nautical elements as, by the time he started work on the script, the producer had already commissioned a hugely expensive cruise ship set. What you’re signing up for here is pure, rarefied, nuclear-strength fun.

There’s a reason that critics have reached for chemical-enhanced metaphors when describing the show – The Times described it as the ‘musical equivalent of sipping one glass of champagne after another’, whilst the Evening Standard felt it was as ‘delightful, delicious, and buoyant as helium’. Whatever your stimulant of choice (and Cole Porter could have suggested a few options), the effect of the show is truly euphoric.

Having lived through a few years where almost nothing was allowed, it’s incredibly gratifying to experience a world where, for a few hours at least, anything goes.

NOTE: Anything Goes is playing at the Barbican theatre between Sat 25 Jun—Sat 3 Sep 2022. You can find out more, and get tickets right here.