The Best of Broadway at The Royal Albert Hall

Well, we have good news for you – The Best of Broadway is headed back to The Royal Albert Hall.

It’s on for one night only at the start of March, and it’s going to have a lineup of West End stars belting out the hits from some of the biggest shows on Broadway, all backed up by a little orchestral outfit called The Royal Philharmonic. You may have heard of them.

For this round, they’ve secured the talents of vocalists Kerry Ellis (Wicked), Marisha Wallace (Dreamgirls), Ben Forster (Jesus Christ Superstar) and Bradley Jaden (Les Misérables), who’ll be doing the singing in quartets, duets, and solos. You can expect literally dozens of songs – there are sometimes so many that the show has in the past run way over time (not that anyone is complaining). 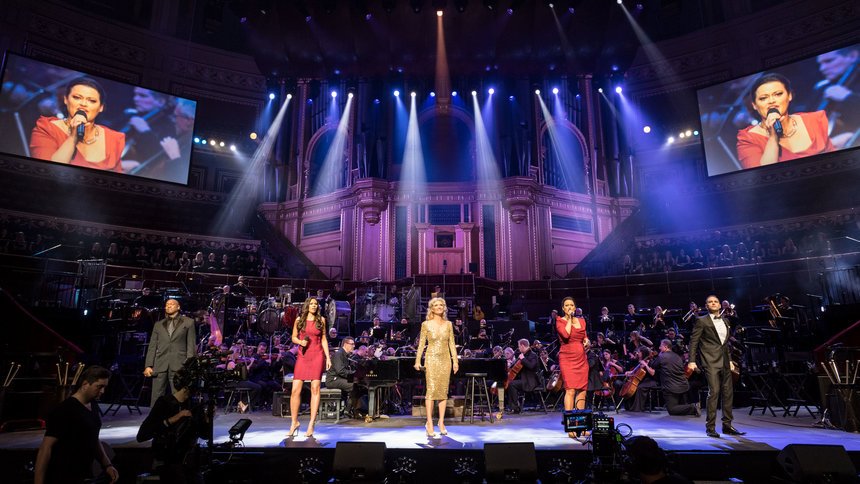 This time around you’ll get to hear tunes from Les Mis, The Lion King, Mamma Mia!, Mary Poppins, Wicked, Hairspray, The Producers, We Will Rock You, Jersey Boys, Dreamgirls, and more. And, as if that weren’t enough, all new for 2022 they’re putting on an Andrew Lloyd Webber special with songs from The Phantom of the Opera, Jesus Christ Superstar, Evita, Cats and others.

All of this will be expertly MC’d by host Gary Wilmot (he’s been in over 50 West End shows since the early ’90s, and is currently starring in Wicked), and all told it’s a vibrantly fun, enthusiastic, and uplifting night out.

You could even say it’s very well-orchestrated.

NOTE: The Best of Broadway is coming to The Royal Albert Hall on Wednesday March 2nd 2022. You can find out more, and book your ticket at the website right HERE.

The Best of Broadway at The Royal Albert Hall