…unless you’re thinking of a Grade I listed, deconsecrated church in Mayfair celebrated as one of the finest examples of 19th century Greek revival architecture in London, that once counted President Dwight Eisenhower amongst its regulars.

In which case, it’s exactly where you’d expect.

Sandwiched snugly and somewhat incongruously between two grand mansions, St. Mark’s was built in the 1820s, became the unofficial ‘American church’ during WWII, fell out of use in the ’70s, lay abandoned for 20 years, and was mooted to become a wellness centre before Lady Sainsbury (of “Sainsbury’s” fame) campaigned against it. 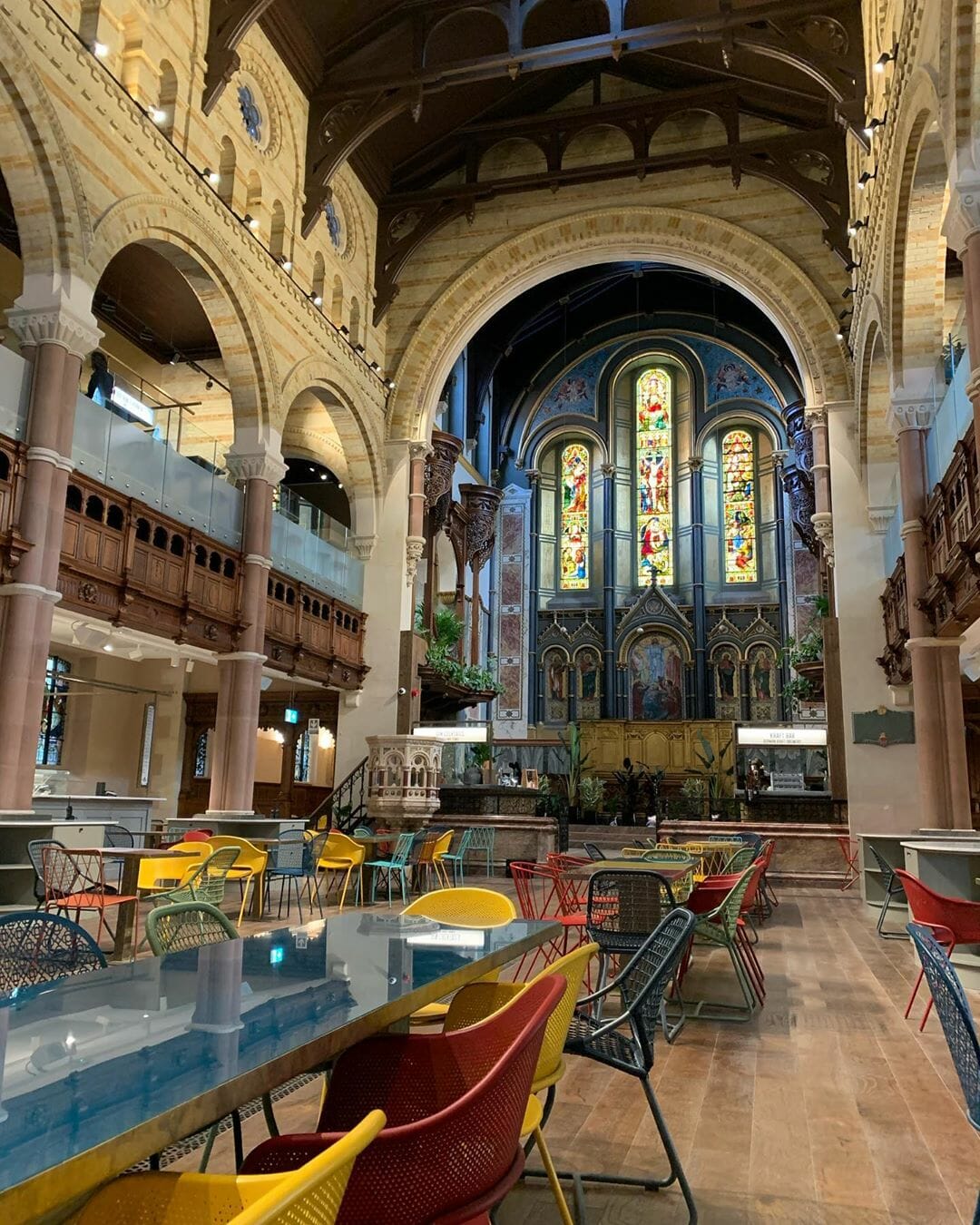 Since then, it’s played host to everything from an elderly outreach centre to a raucous London Fashion Week venue, and now, after a painstaking £5m restoration, it’s back in its full former glory, and home to the sophomore site of Mercato Metropolitano.

It marks a slight upgrade from the original, which is set in a former paper factory in Elephant & Castle. And like that original, it’s packing a lot of stuff inside; this new site is three floors & 16,000 square-foot-worth of resplendent interiors. Paying due reverence to those interiors, they’ve made sure that everything new they add works with the old: the tables and chairs filling the centre of the space, for instance, are all made in the exact same spectrum of colours found in the stunning stained glass windows, as if they were permanently bathed in the light cast down from them. 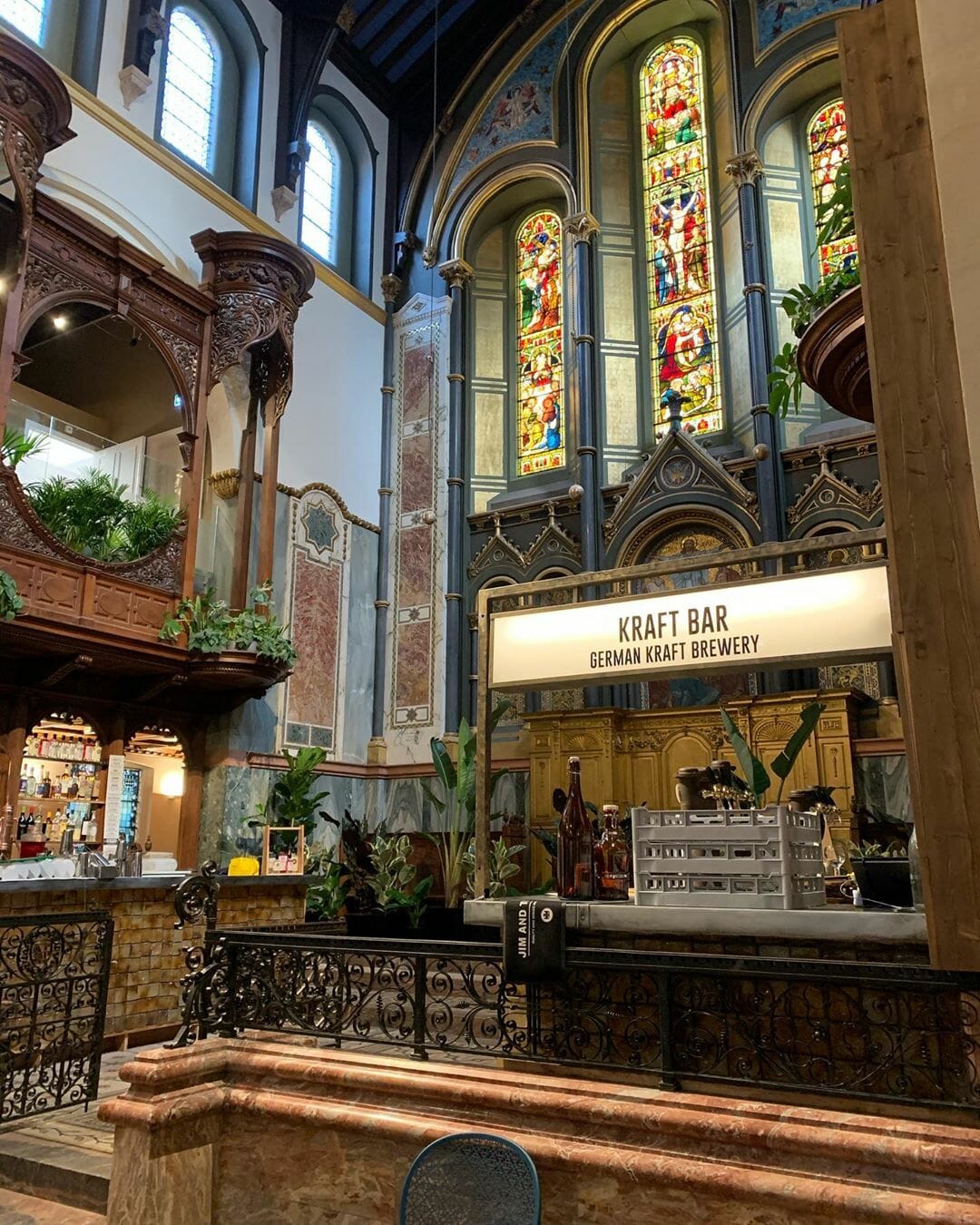 At the end of the space, the centrepiece that was once the altar has now become a beer bar (supplied by the micro brewery underneath it), with is made from a thousand unique glass bricks, all blown from broken beer steins at their Elephant & Castle site. Then, bracketing out on either side and running down the church walls you’ll find florists, grocery shops, book stores, coffee bars, patisseries, and a gelateria.

Looking down on everything from the upper tier are the other food stalls, with everything from Neapolitan pizza, to handmade pasta, to a cocktails & seafood bar, to a Japanese-style robata, to an Italian steak house, to bao buns, to a champagne bar, to yet more besides. There’s even set to be a nifty little roof terrace outside, too.

Right down below in the vaulted basement you’ll find separate spaces for wine, cheese, and ham. And joining those, there’s the aforementioned brewery, and a bread & pasta ‘lab’ where they experiment with new dough-making techniques. And last but not least, there’s a little cookery school for classes & workshops, which you’ll probably want to check out.

But by now we’re probably preaching to the converted.

Like street food? Check out the best food markets in London