Although in fairness, it’s been on stage in various incarnations since the 1980s, which is no surprise when you consider that the film is considered to be one of the best musicals, if not the best musical of all time. But after runs in London, Paris, and New York over the years (with a few Olivier & Tony noms to their names), this particular production can be seen as the culmination of all of those shows. So what’s so special?

Well, for one, it’s got rain. Actual, 100% real, artificial rain. 14,000 litres of the stuff hits the stage each night, drenching the cast, and lightly sprinkling a few audience members too. And the stage at Sadler’s Wells is big enough to make it seem like a genuine monsoon. 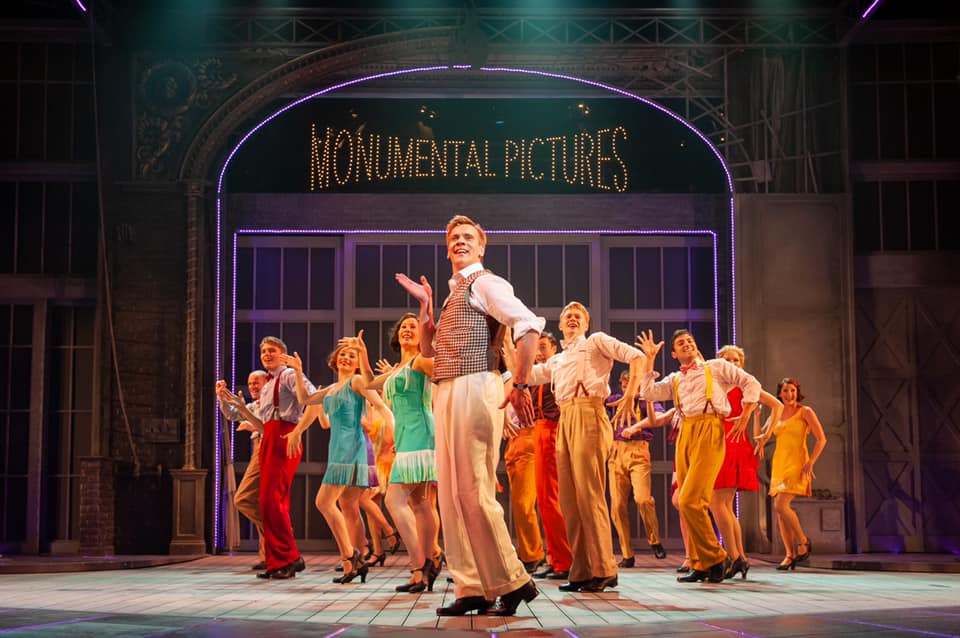 For two, it’s got Adam Cooper. He’s the ex-Royal Ballet dancer best known for creating the lead in Matthew Bourne’s Swan Lake. In this show, he not only skips about the stage with gleeful abandon, but he pulls a full Gene Kelly, and acts his chops off, sings his heart out, and choreographs then entire thing. He’s truly a quadruple threat, and he’s played this role for years, keeping him relaxed and utterly at home on the stage.

Then, for three, it’s an incredibly faithful adaptation, with all the original songs – Good Morning, Make ‘em Laugh, Moses Supposes – the lot. And it’s impressed the critics no end, with a salvo of five star reviews from the broadsheets.

If you’re hoping to grab a bite before the show (or a drink after), you can score yourself a date-worthy meal at the Quality Chop House, a more casual bite at Plaquemine Lock, or something in between at Moro on their alfresco terrace. Of course, if you do opt for the latter…

NOTE: Singin’ In The Rain runs at Sadler’s Wells (closest tube station Angel) from 30th July until 5th September 2021. Tickets cost £15-100, and can be booked HERE.

Singin’ in the Rain

Your December Agenda Allllll the best things to do in December, from pop up restaurant and bars, to parties, festivals, events, and more….

Walk Inside A Woodland Laser Garden That’s literally one tenth of what this light trail has to offer….

Explore London's Abandoned Tube Stations Aldwych, Down Street & more are being opened up for the first time in two years, and tickets go on sale this week….

A Neon-Soaked, Highly Original Pop Up Activity Bar It’s like boules, crazy golf, and Tron had a baby.

What's On In London This Week Carols on Columbia road, mince pie bao and the cultural significance of windows….