London's Getting an Adults-Only Funfair. With Cocktails.

Ever since Bounce and Swingers first opened their doors, London’s activity bar scene has been busy mining our collective childhoods so deep it’s basically hitting bedrock.

So it seems strange that it’s taken this long for someone to come up with the idea of Fairgame: a funfair with cocktails.

It’ll be landing in Canary Wharf later this month, and it’s looking like a pretty slick operation. Upon entry, you’ll be issued with an RFID wristband, and invited to grab a drink before diving into the various games. You play each one twice (in a row) in what ever order you want, beeping your wristband to activate them. Your scores will be thrown onto the live leaderboard as you do, and when it’s all over, the top scorers will get a big, soft, cuddly toy. 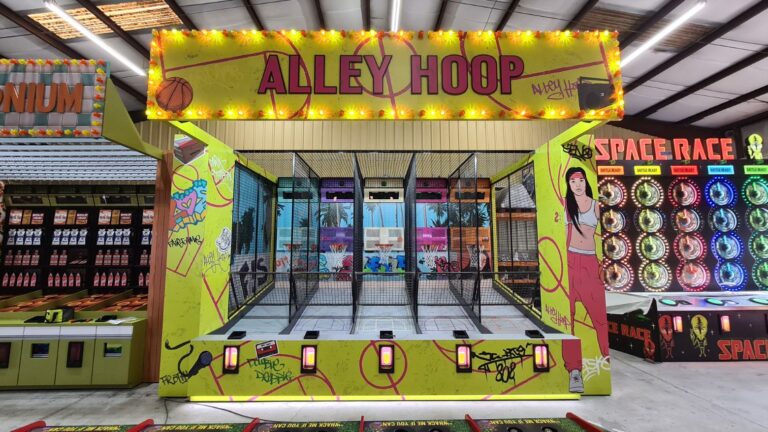 The lineup so far involves a whole bunch of nostalgia-tweaking classics, with everything from a duck-shooting gallery, to mini basketball, whack-a-mole, skeeball, and something called ‘Pantry Pandemonium’ which involves shooting a larder full of tinned goods for some reason. All told, you’ll get about 75mins to work your way through all nine games (twice), before the awards get handed out. 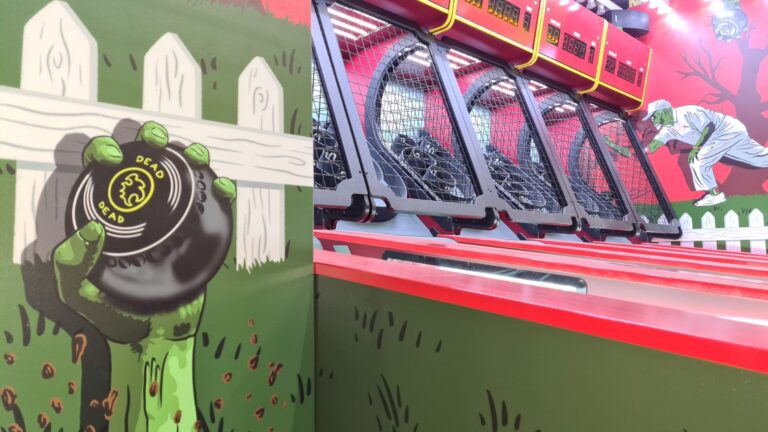 Foodwise, they’re collected a mini infinity gauntlet of comfort food classics, with stacked beef pucks from Burger & Beyond, Neapolitan style pizza from Rudy’s, and street-style tacos from Dos Mas. And then, of course, there’s the key to this whole operation: the bar. You’ll find cocktails, beers, wines, and anything else that might suitably impair your hoop-tossing judgment.

There are plans for regular events too, ranging from a ‘Circus Freaks’ party on Halloween, to an NYE bash, to a ‘crash test dummies’ soft launch, in which – thanks to the fact that you’re acting as a guinea pig – you’ll get a discount.

NOTE: Fairgame is open on soft launch from 27th September – 2nd October, with 50% off games and a welcome cocktail thrown in to boot. You can find out more and book your slot (£13 for 75 mins) at their website right here.

There’s plenty more where that came from… check out London’s best activity bars.