All three have played The Old Blue Last, and at least one has broken the ceiling there.

We could go on but the list of artists who’ve trodden the boards at this Shoreditch boozer would go beyond the length of this article.

Almost as lively as its line-up, The Old Blue Last is a venue with a vibrant and storied history that dates back to the 1700s when the pub opened for the first time as “The Last”. It was once a drinking hole favoured among cultured, high-flying and debaucherous Londoners, and apparently stands on the original site of The Theatre, where some guy called Shakespeare put on shows. For a time it was also a brothel, but it re-opened with renewed vigour in 2005 after it was bought by VICE. 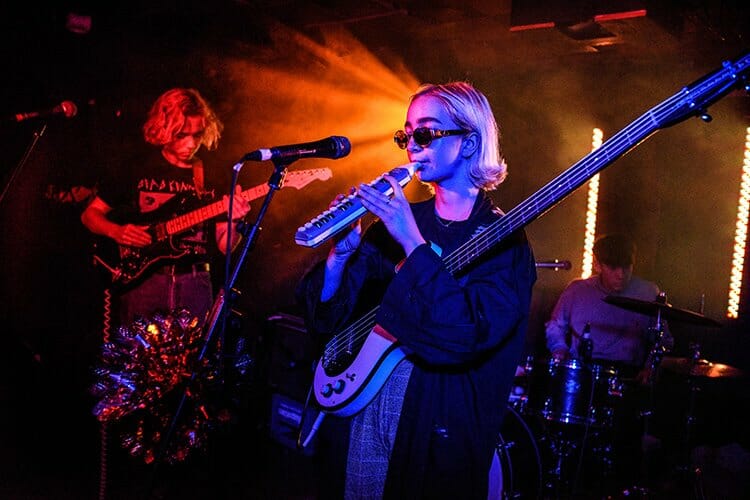 Today The Old Blue Last stands all puffed-out chest and broad-shouldered on the corner of Great Eastern Street. It’s a little shabby-looking on the outside, and no-frills on the inside because the band Fucked Up, in a fit of pure nominative determinism, broke all their furniture. The dark wood floor looks worn in, with grooves to show the moves revellers have thrown during a particularly raucous encore. There are obligatory fairy lights, a disco ball and of course, a bar.

This isn’t the type of place you’ll seek out to enjoy a quiet pint of a specialty craft beer, but all you need to know is that the bar is well-stocked to keep gig-goers fuelled and poised for crowd surfing.

To experience The Old Blue Last in its prime, be sure to check the listings on its website – secret shows of big name acts are often scattered throughout the calendar.

NOTE: The Old Blue Last is open daily (till 2am on weekends). You can find out more and book gigs HERE.