Do you know your matzo from your challah?

It’s time to pay a visit to Camden’s Jewish Museum; a fascinating collection that tells the story of the Jewish community in Britain over the span of 1000 years.

Set in an elegant townhouse tucked behind Camden High Street, the Jewish Museum has four permanent galleries as well as regular temporary exhibitions, from celebrating Jewish 20th century cartoonists to battling some of the stereotypes still faced by Jewish people today.

You’ll start on the ground floor with some of the museum’s most treasured items, including a medieval mikveh or ceremonial bath, that once belonged to the Crespin family and was discovered hundreds of years later during building works. From here, you can head to any of the three permanent collections:

Telling the story of the Diaspora and their journeys to Britain from as far afield as India and Eastern Europe, this broad-ranging gallery is filled with personal items; a huge migration map; an entirely recreated Jewish East End street aaand Yiddish theatre karaoke.

Steel yourself for the story of Holocaust survivor Leon Greenman OBE, who lost his wife and son at Auschwitz and survived through six concentration camps. The gallery charts his life and ordeal through evocative personal items – his wife’s wedding dress, his son’s toy – and includes filmed recollections from the late Mr Greenman and four other survivors. 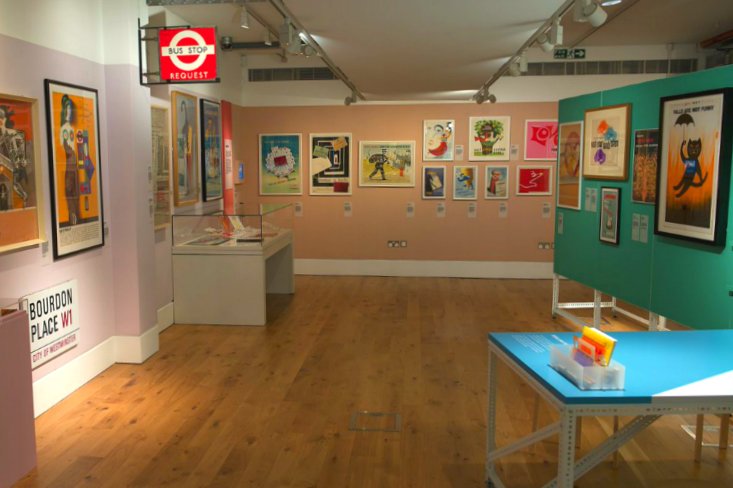 A display of John Offenbach’s intimate black-and-white photographs of Jewish people from 12 countries around the globe, seeking to dispel stereotypes.

An incredible collection of 200 small gouache paintings, created by Salomon when she was in hiding from the Nazis from 1940-1942. She was arrested and taken to Auschwitz in 1943.
–

Once you’ve been round the museum, there’s an interesting shop to browse, and an airy café to rest up in. The food here is non-kosher, but they serve an excellent array of soups, bagels and cakes…

… and some delicious toasted challah bread.

NOTE: The Jewish Museum is open daily, 10am-5pm (2pm on Fridays, and check ahead on Jewish holidays). Tickets cost £8.50, and include access to both visiting and permanent exhibitions. Find out more on their website HERE.