What To Expect This Week For The Queen's State Funeral

The plans for the State Funeral of Queen Elizabeth II were first drafted way back in the 1960s, and they’re now finally being thrust into motion. A huge moment in history awaits, as the country comes together to honour the longest-reigning monarch in British history – a Queen who has personified duty for seventy years, and provided an ongoing sense of stability to the British people throughout increasingly turbulent times.

And now, alongside services & observations taking place throughout the Commonwealth and the wider world, it’s central London that is going to be the nucleus of a massive wave of commemorations, starting this week. 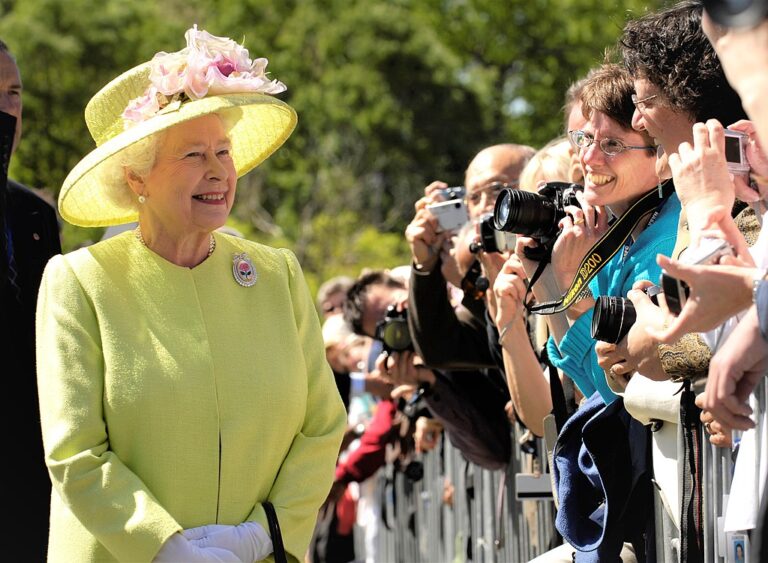 So what’s going to happen?

Stuff is going to be closed. Large parts os the city will be inaccessible. The capital is likely to be inundated with mourners, hoping to pay their respects. Here’s a rough timeline to help explain it all. 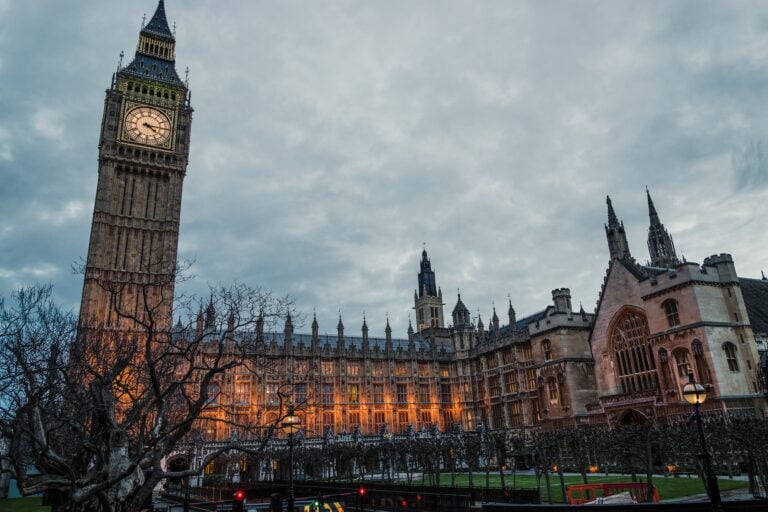 From 5pm the 14th until the 18th, the Queen’s coffin will lie on a raised platform in The Palace of Westminster – that’s the Houses of Parliament to you and us – where members of the public will be allowed to file past and pay their respects. The casket itself (which will be closed) will be laying on a raised platform called a catafalque, draped in the Royal Standard, and accompanied by the Imperial State Crown, Orb, and Sceptre. Oh, and a lot of armed guards.

To put it mildly, large crowds are expected. Despite being open for 24hrs a day, it’s thought that the queue will be so long that some people may well be lining up literally overnight. And the whole thing will be continuously moving, so it will be impossible to sit down or rest. The expected route will start at Westminster, cross over Lambeth Bridge, and hug the Southbank, snaking along the river all the way to Southwark Park. 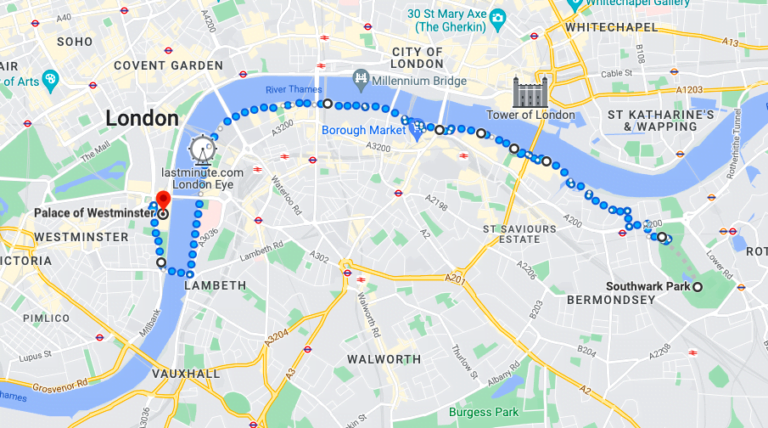 That’s about five miles of queue. It’ll take about ninety minutes just to walk to the end of it. It will be astronomically long.

So, bearing all that in mind, it’s best to expect Westminster tube & bus stations to be inaccessible, along with large parts of the Southbank. If you do decide to try and chance it and join the throngs, then be as prepared as you can – the Government have a very helpful site here laying out some excellent advice.

The government has announced that there will be a nationwide one minute’s silence this Sunday night, in advance of the funeral the next day, as a chance for people to mourn and reflect on the life and the legacy of the Queen. People are invited to participate privately, or on their doorstep as a brief, shared vigil. 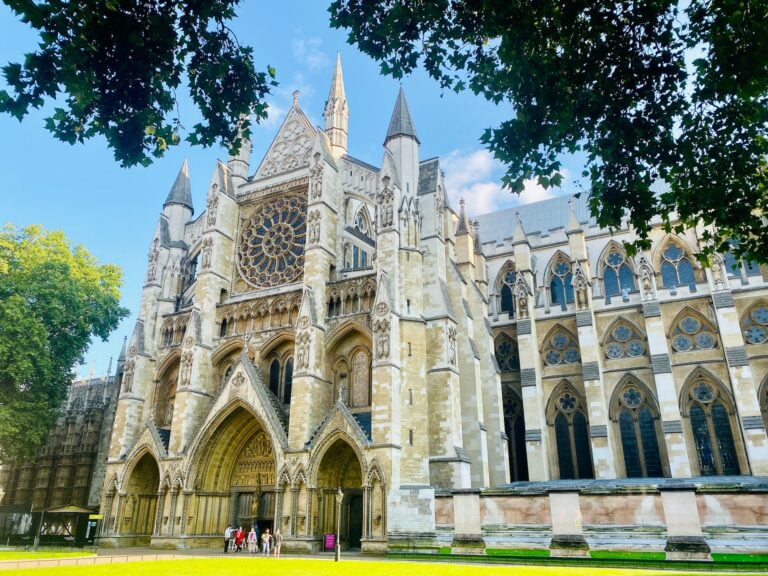 Yes, this is going to be a bank holiday. Schools, offices, museums, galleries, and many more businesses besides will be closed. The day is expected to lay out as follows:

Big Ben will chime its gongs, reverently muffled by leather padding. At this point, no matter how far back the queue stretches, the coffin will be moved from from the Palaces of Westminster where it has been lying in State, to Westminster Abbey where the funeral service will take place. This is not the big procession – that will take place after the service – but you should nevertheless expect the crowds to be absolutely vast. All told, this relatively short walk will take around two hours, bringing us to:

At this point the funeral cortege will enter Westminster Abbey, and an additional two-minutes silence will be held around the nation at midday. This is the first royal funeral to be held in Westminster Abbey since 1760, and the guest list inside (which is still currently under wraps) will consist of about 2,000 dignitaries, world leaders, and public figures. Outside? They’re expecting around a million or so people to be coming to London for the event, so it could be a lot.

After the service, the hearse will travel with a full military parade down the Mall, with contributions from both the Navy and the RAF. When it finally reaches Hyde Park Corner, the Queen’s coffin will be taken directly to Windsor Castle where it will be buried alongside her mother and father in the King George VI Memorial Chapel.

Be warned, the Mall will be a sea of people, although there will be big screens in the vicinity and across the capital if you want to try your luck.

And onto The Carolian Era…

Well, it’s official, King Charles III is our new monarch – but his coronation won’t be for a few months yet. It’ll be at least 2023 until he is crowned, and it’ll be many more months after that before we start seeing new banknotes and stamps and whatnot. It almost a year and a half after she became monarch that Queen Elizebeth II had the crown laid upon her head.

But when it does happen? We can expect the celebrations for that to draw similarly enormous crowds.

The original plaster cast of Queen Elizabeth II’s profile, used for stamps, is the most reproduced portrait of all time. And they have it on display at The London Postal Museum.

Northwest London's Restaurant Scene Is Heating Up Chef Jesse Dunford Wood is on a roll, and shows no sign of slowing down….

The HOT4U Guys Are Finally Getting A Permanent Restaurant From the chef who bought you garum Pom Bears, peri-peri guineafowl, and whiskey luges made from bone marrow….