When Da Terra scored its first Michelin star within nine months of opening, and its second about a year after that, it was clear chef Rafael Cagali was going places. And lo, he has gone…

…all the way next door.

Actually, that’s an exaggeration. Because his second restaurant, Elis, isn’t even next door, it’s in the very same building as Da Terra: the Bethnal Green Town Hall. This one’s a bit more casual though, doing away with the tasting menus in favour of good ol’ fashioned menu menus. You know, ones which you can choose stuff from. 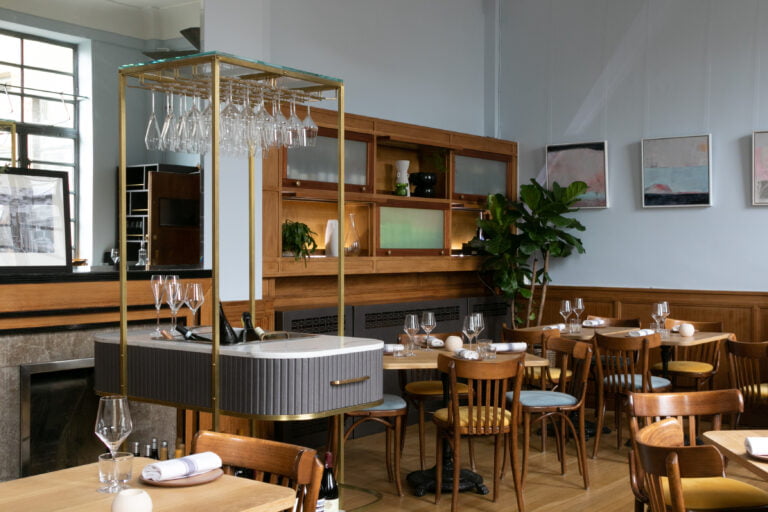 After swinging open the double doors of the Town Hall’s imposingly grand facade, cut though with its stately colonnades, and wandering into the frankly stunning atrium and up its Portland stone staircase, you’ll find the restaurant itself on the first floor. It’s a hell of an entrance. And the space isn’t too shabby either, with a perfectly lovely amalgamation of Art Deco flourishes and a statement wall of quirkily assembled light fixtures. It’s not exactly huge, but that just lends it an air of intimacy. 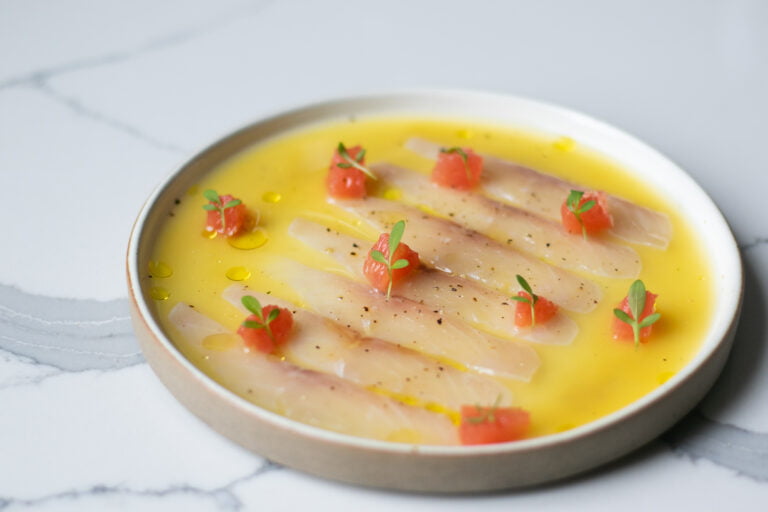 The place is named after Cagali’s mother’s own restaurant & jazz bar in Brazil, Elis, and pays homage with its own playful Bossa Nova soundtrack. Rafael’s dad, however, was Italian, which makes for a thoroughly interesting blend of influences on the menu. The Brazilian & Italian dishes sit comfortably alongside one another, never feeling incongruous – in fact you’ll see a microcosm of it all in the opening bread selection, which includes a bouncy Italian focaccia, a moreish Brazilian Pao de Queijo (cheese bread), and a flavoursome British seeded sourdough, all amply supplied with cultured butter & stracciatella cheese. 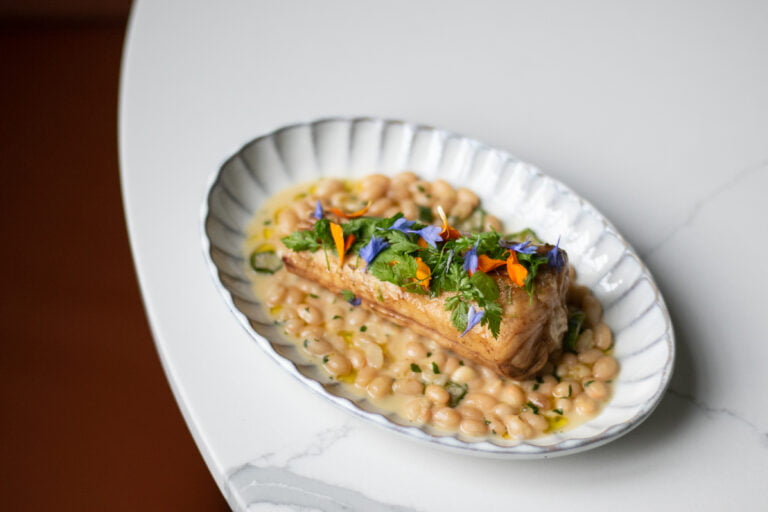 After a bowl of cloud-like pork puffs, you’ll then get starters including a standout Brazilian-spiced tartare served with melted bone marrow, and some satisfying hunks of BBQ mackerel sitting on a floral bed of fennel & bergamot salad. The larger dishes include a few bowls of pasta, but you’re better off going straight for the mains: a hearty, glazed monkfish tail laying proudly atop some deeply flavourful haricot beans, a skewer of pichana beef with soft palm hearts and kale, and a thick chop of Iberico pork with zesty chimichurri.

But maybe the tastiest bit of the whole affair? Are the desserts, which include a plate of dulce du leche doughnuts that are unquestionably some of the best in London. Topping it all off are wines from the team at Noble Rot, and a short list of simple cocktails.

It’s not quite as perfect as the restaurant downstairs, but it’s not trying to be. After all, when you already have the Stars at Da Terra, sometimes it’s nice to get back down to earth.

NOTE: Elis is open Tuesday to Saturday. You can find out more, and book a table, HERE.

Like keeping on top of the latest news? Check out the other London restaurants opening soon