And yet, he’s basically the grandaddy of sushi making.

Having manned the pans at places like Zuma and Spain’s El Bulli, he’s now launched his own, intimate sushi spot, modestly packing just 10 seats on the 8th floor of the Rotunda of the former BBC headquarters, at Television Centre in White City. And, unsurprisingly, it already scored a Michelin Star within its first year of operation. 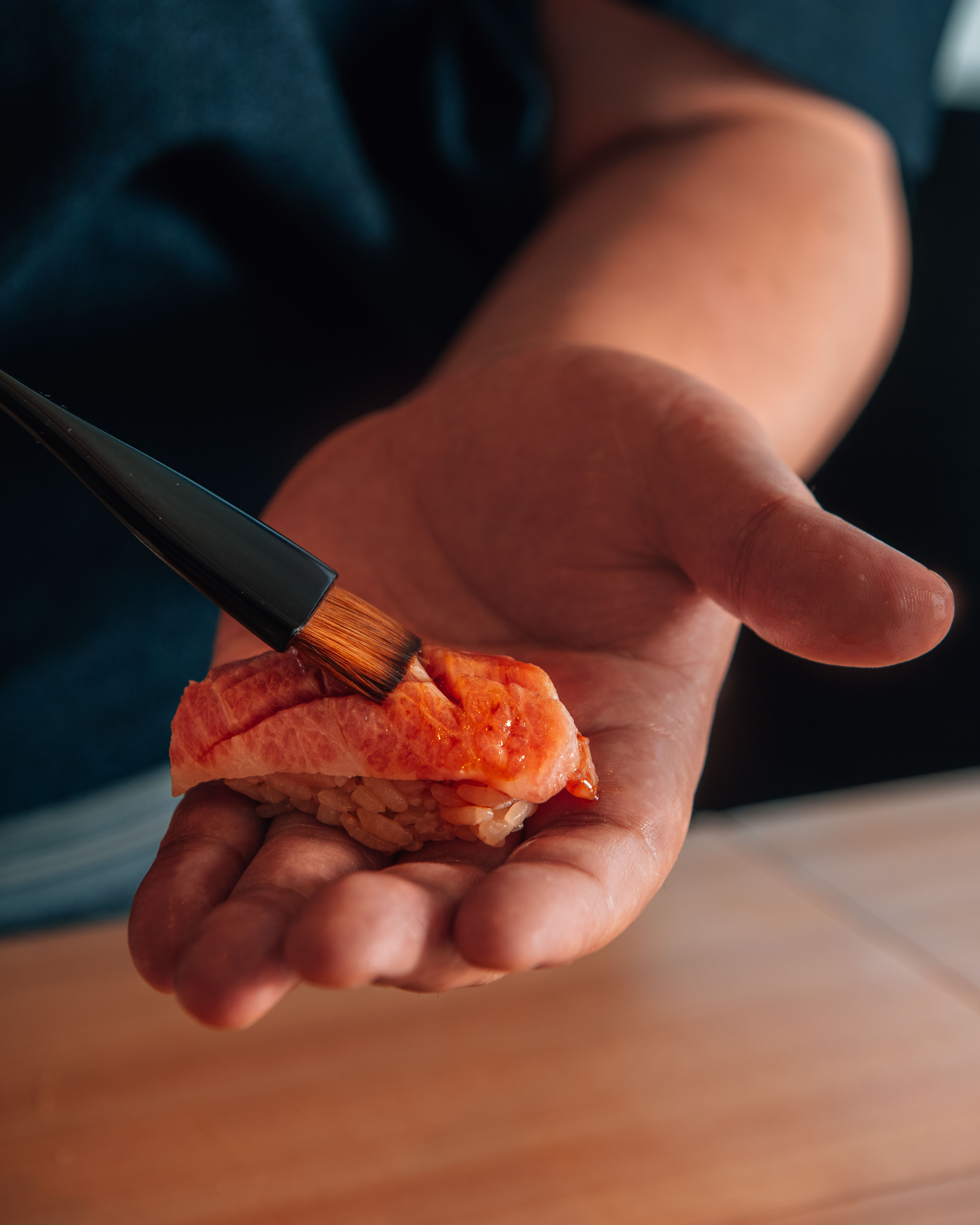 The place has a stripped-back, classically Japanese aesthetic, with pale wood counters gazed down upon by a huge, impressive lighting installation, which features bulbs suspended between huge, billowing layers of thin white paper that seem to ripple out across the ceiling – much like the clouds you’re figuratively sitting in. Speaking of which, almost all of those seats look out over the cityscape through floor-to-ceiling windows.

Of course, your view will be slightly obstructed by the masterful sushi chef skilfully chopping raw swimmers a few inches from your plate. For dinner you’ll get the omakase; a 20 course tasting menu that’s tailored to your own tastes, and showcases the best things they’re serving that particular day. 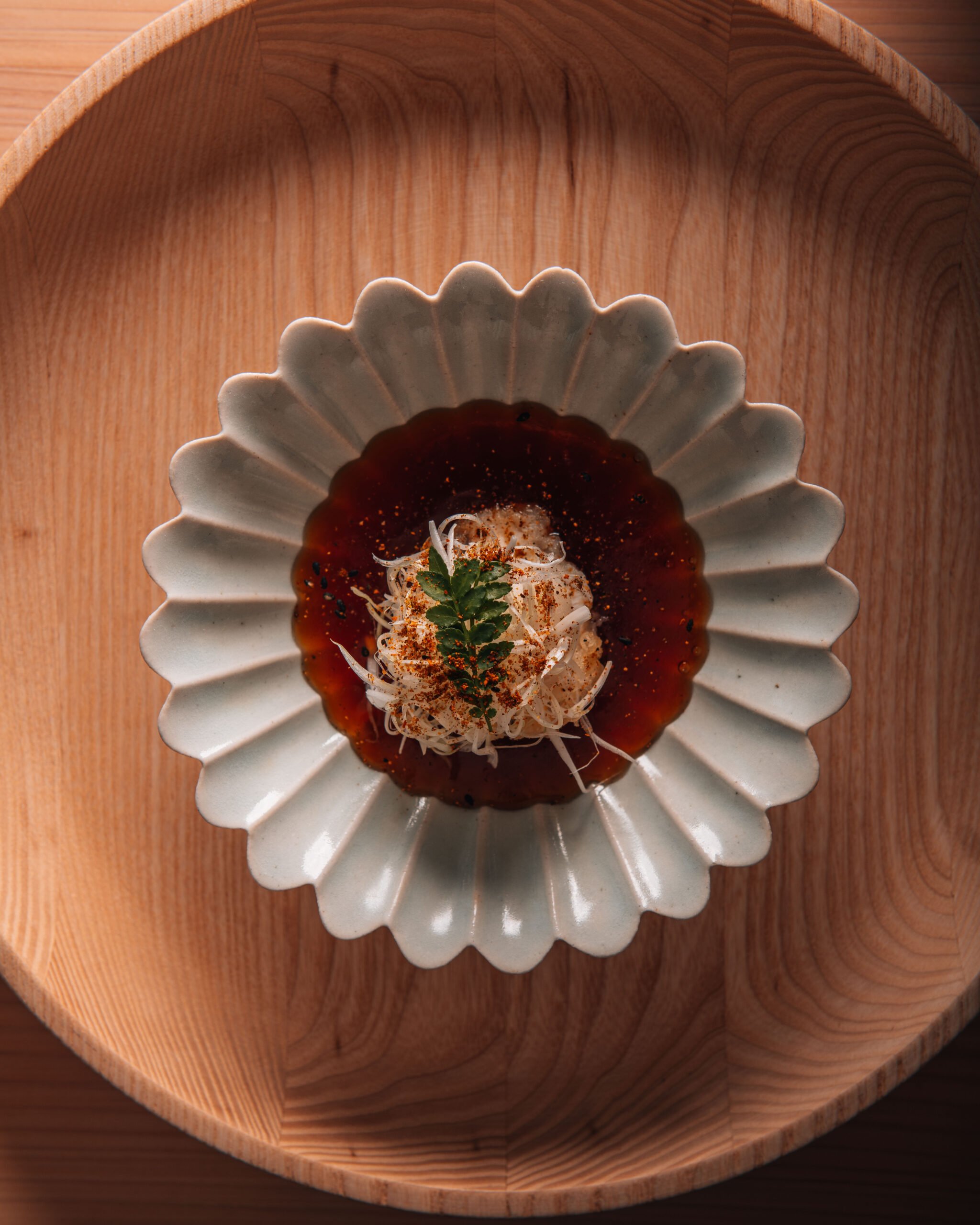 As for what you might expect? Well, of course the menu changes with the breeze, but you can expect the likes of simmered aubergine with a small loop of delicate, glassy noodles acting as a throne for a gorgeous heap of Icelandic sea urchin. Or perhaps a deeply flavoursome bowl of Cornish spider crab, some meaty scallops topped with 7-month aged caviar, or a bullet of meltingly good fatty otoro tuna sat atop a small hill of rice that just binds together, before disintegrating on your tongue. Whatever you get, it’ll be nothing short of sensational.

Something tells us we won’t have heard the Endo of this place, not by a long way.

NOTE: Endo at the Rotunda is open now. Reservations are hard to come by, so you’ll need to keep a keen eye on the website right HERE.