It’s kind of a big dill.

So getting a publicly accessible bar and a restaurant into the space on its two upper floors – including the transparent 40th floor glass bubble that caps the whole thing, and looks out over 360 degrees-worth of skyline – is kind of a coup. A coup that the people at Searcy’s are playing particularly well.

Previously a members-only club, they’ve now unveiled their new restaurant & bar in the bi-level space on both the 39th (Helix, the restaurant) and 40th (Iris, the cocktail bar) floors. They’re so high up, you need to take two elevators just to get there.

Here’s what you can expect from both of them…

The restaurant is headed up by Executive Chef Daniel Loftin (previously head chef at Royal House London and Peninsula Restaurant), and he’s brought a menu of modern British dishes made with strictly British produce, with salmon coming directly from John Ross Jr, holders of the Queen’s warrant, lamb coming from the Rhug Estate, etc. 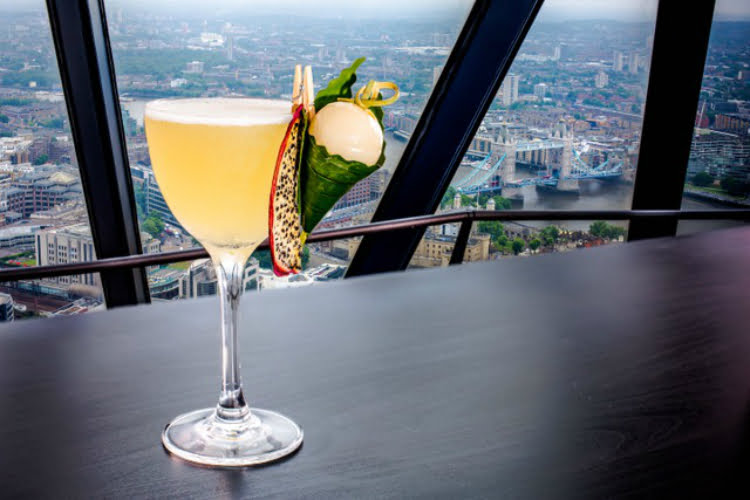 The cocktails here are split into the geographic regions of London itself, all pretty much visible from where you’ll be drinking them;

…not the other way around.

NOTE: Helix & Iris are now open daily. You’ll need to make a booking to get up there – due to the security of the building, there are no walk-ins – and you can do that at their website right HERE.