So we’ll merely state that Ravinder Bhogal has a pretty good CV.

She has – for those few of you unaware – been an award-winning food writer, a TV presenter, and a chef at Michelin-starred Trishna, all after being talent-spotted by Gordon Ramsay who took her under his wing at the start of her career. And now she has her own restaurant, too.

The place itself is in Marylebone – right next to Trishna, in fact – and it’s got a light, colourful, living room-like interior, in which they’re serving a menu that draws from Britain, East Africa, the Middle East, and Asia, then puts them into an almost literal metaphorical melting pot. It breaks down into: 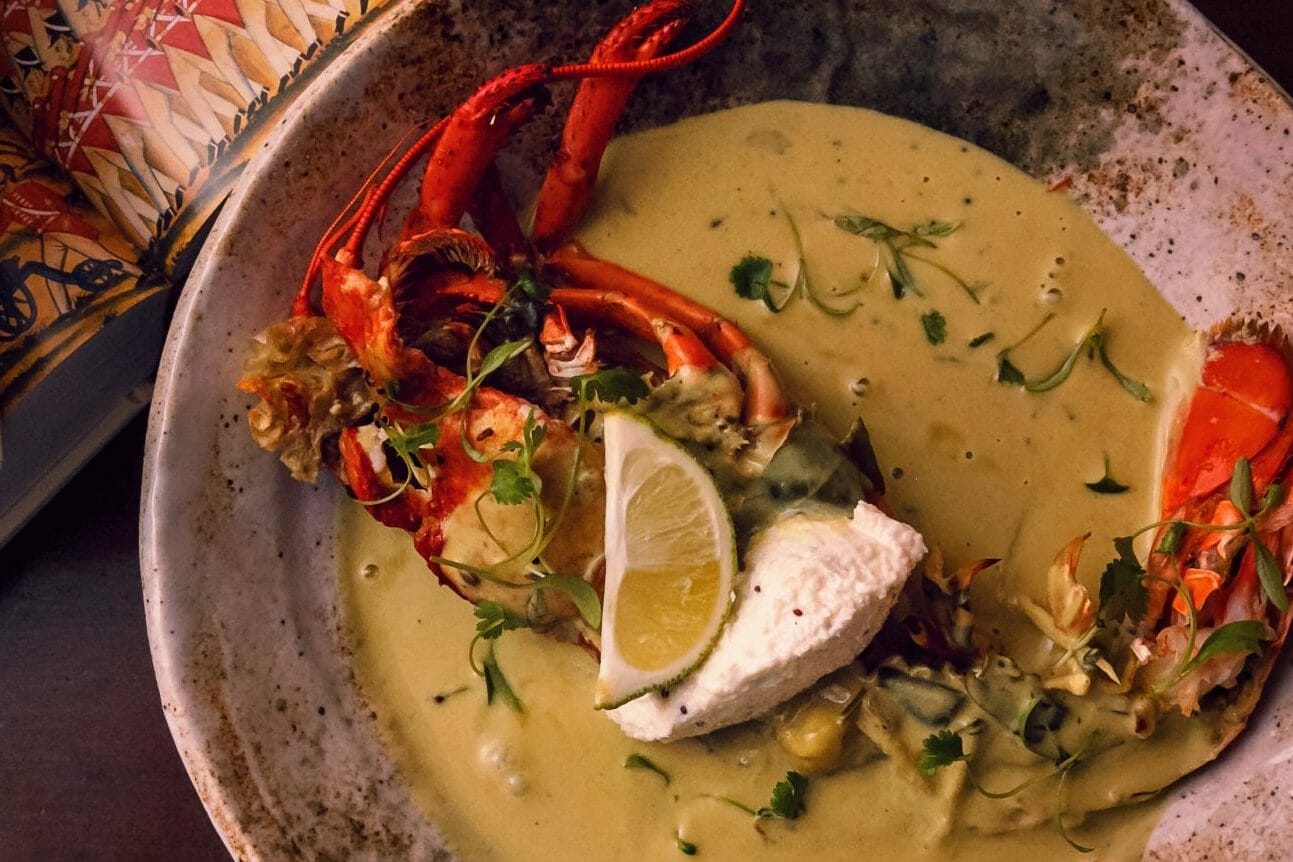 The even larger big plates change weekly, but include the likes of a spiced up Shepherd’s Pie, plus a daily-changing Rice Plate that draws from curries around the world.

Stretching even further afield, sweet treats include the likes of a banana cake with Ovaltine kulfi and miso butterscotch; or some fresh paan madeleines with masala chai. There’s even a dessert made with coconut cake, mango jelly, and passionfruit cream.

Apparently, she likes to trifle with exotic ingredients…

NOTE: Jikoni is open for lunch Tues-Fri, dinner Tues-Sat, and brunch on weekends. You can book a table by simply heading HERE.

Like being in the loop about London’s newest openings? Check out our excellent guide to restaurants opening soon

BAO's Next Move? A Shoreditch Noodle Shop. With Karaoke. Plus, shaved ice cocktails.

A Former Soho Concert Hall Is About To Become A Top Argentinian Restaurant With a top Argentinean cocktail bar right below it.