NOPI is named after its location.

Specifically it’s in Soho, which is 1) interesting because unlike NYC’s SoHo (which gets its name from SOuth of HOusten Street), it’s just called Soho; and 2) useful to know if you’d like to go there. You’re welcome.

NOPI’s a pared-back home to Ottolenghi’s unusual, bold flavours – white marble and gold fittings adorn the space, with the only real indication of this being a deli coming in the form of several multi-coloured salads in the window. 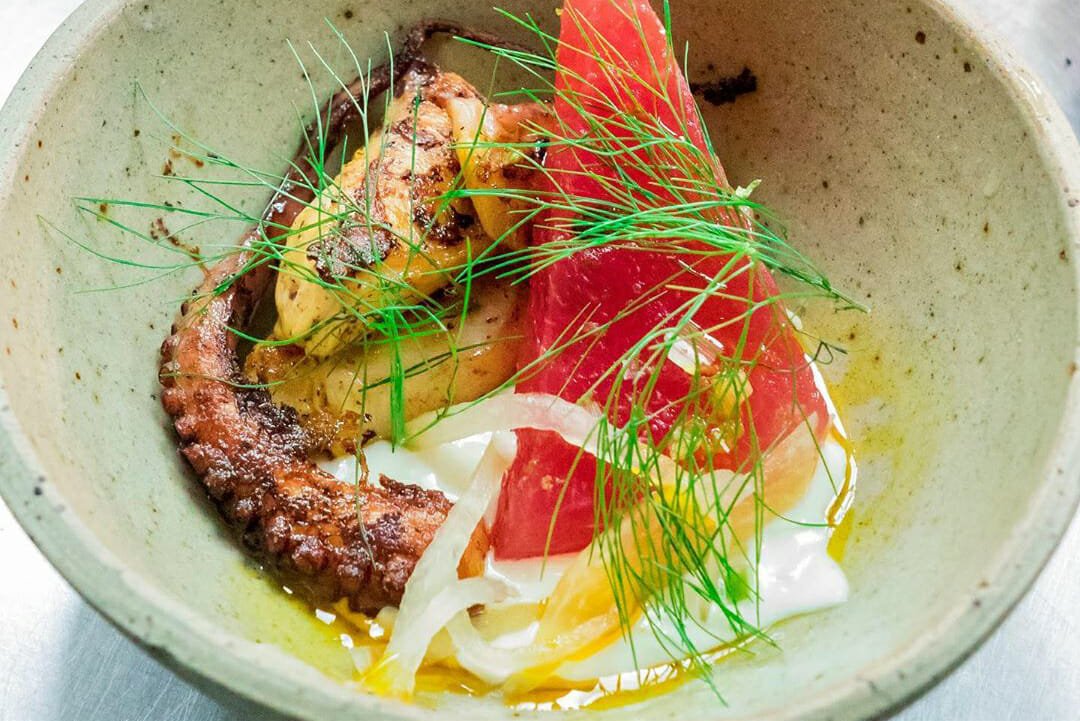 The menu at NOPI changes seasonally and is in keeping with Yotam’s broad, and undeniably successful, Mediterranean/Middle-Eastern/Asian fusion. Head along and you’ll find a selection of sharing plates split into vegetable, fish and meat dishes, served up alongside a collection of larger plates. Amongst them you’ll find dishes like burrata with peach, verjus and coriander seeds; soy-cured smoked duck; and rainbow trout with koji and sheep’s milk labneh.

The wine list is also of note, as it contains an entire section dedicated to skin-contact wines – which are made from grapes whose skins are not removed (as usually happens in the production of white wine)…

… which is not only exceptionally interesting, but also useful to know if you’d like to go there.

NOTE: NOPI is open daily for breakfast, lunch and dinner. You can find out more, and book a table, here.

Like Ottolenghi? Why not check out his other restaurant, Rovi.