Claude Bosi seems to collect Michelin Stars like other people collect stamps, or coins, or anything else that seems extremely easy to collect.

And now, he’s opening another restaurant in Mayfair this summer.

Wild guess, but it probably won’t be terrible.

It’s going to be called Socca, and he’s teaming up with restaurateur Samyukta Nair to open it (she’s the driving force behind places like Jamavar, Bombay Bustle, and MiMi Mei Fair). The idea is for it to be a kind of Southern French, Mediterranean-style joint, taking its gastronomic cues from the laid back towns lining the coast, like Nice, Cannes, and Marseille. 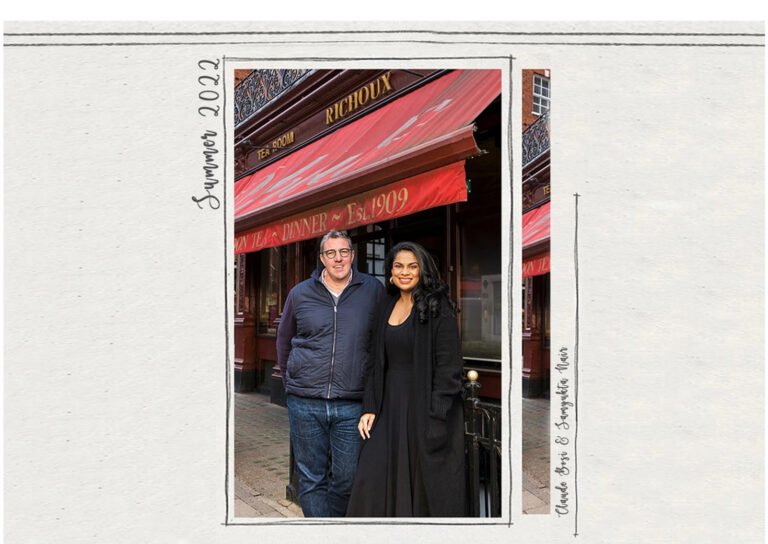 That means we can look forward to a lineup of menu-fillers drawn from “fond childhood memories” that Claude has of his own family holidays spent on the Riviera. Expect hearty stews, lightly cooked seafood, and plenty of herbs. Oh, and the name of the restaurant itself – Socca – is the French word for chickpea flour, so we can almost certainly expect some creamily delicious panisse (chickpea flour chips).

And as for the space itself? The building they’re moving into is steeped in history, having been the home of the former Richoux tea rooms since 1909. And having survived one century and two world wars, the pandemic finally killed it off. So Bosi and Nair are going to punch it up, while trying to keep the building’s original character intact, by throwing in some scallop shell lights, warm timber paneling, and blue leather banquette seating.

Which should be nice for the Michelin inspector.

NOTE: Socca is set to open sometime this summer. We’ll be back then with the full scoop. In the meantime, you can find out more at their website right HERE.

Want a preview of Claude’s food? Get thee to Bibendum.