Today, we bring you news of a Michelin-starred restaurant on the fringes of Richmond Park.

And no, we’re not talking about Petersham Nurseries, which was given one in 2011 – only for the head-chef to try to give it back after a flood of customers descended on the modest greenhouse restaurant.

That fate is, however, probably about to befall The Dysart.

Dressed up like a fairytale tudor cottage, it’s a cosy, family-run restaurant perched on the northwestern corner of the park, kitted out with mullioned windowpanes, farmhouse-style interiors and a roaring fire.

The chef here is Kevin Colhane, a Roux Scholarship winner who meets yearly with two generations of the Roux family for a period of culinary exploration and research. And clearly, being around the first people to win one, two and three Michelin stars in the UK has rubbed off. 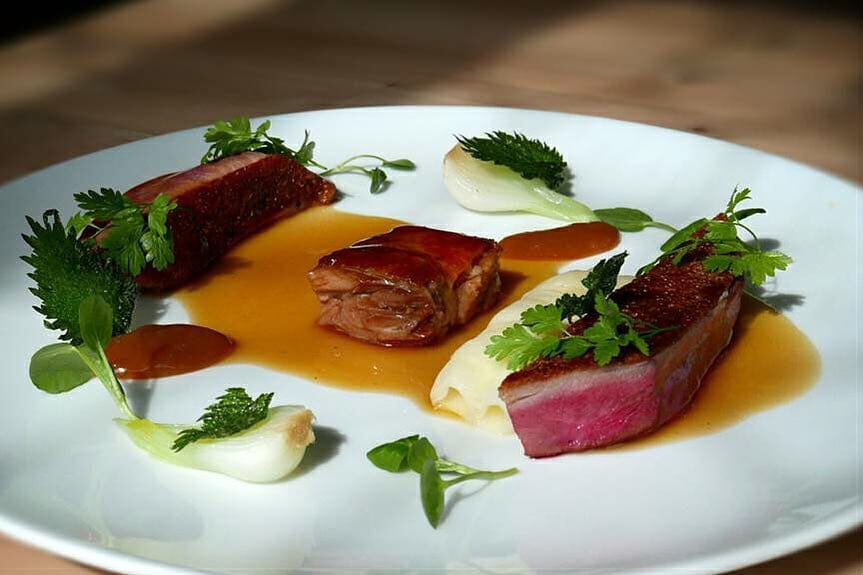 The Dysart’s first star is a long-deserved accolade for Colhane’s upscale take on classic comfort food. The menu’s a little bit gastropub, a little bit quirky fine dining, with starters ranging from oxtail risotto with aged rice and bone marrow to charred mullet with radish, ginger and Champagne. The mains read like an ode to British farming, with Yorkshire grouse, Longhorn beef and Wiltshire hogget accompanied by a chorus of colourful veg (plus cod, and cauliflower tortellini for the veggies). The desserts are equally produce-led, with Dorset apples and Kentish yellow plums whipped into various cakes, and there’s naturally a strong wine and beer list to go with it all (you can even plump for a booze-paired tasting menu if you’re feeling fancy).

You’ll also notice the 120 year-old rosewood piano in the room – probably because someone’s cranking out some classical or jazz standards to accompany your meal. It ‘s the centrepiece of the restaurant’s refined, rustic charm – and on the first Sunday of every month, The Dysart hosts an intimate candlelit chamber concert with some of the best musicians in town, before plying you with food and wine.

Making it a pretty good place to park yourself for the evening.

NOTE: The Dysart is open for lunch and dinner, Thursday-Sunday (closing at 6pm on Sundays). To book a table, or find out more, head HERE.

Like Michelin-starred gastropub fare? Head to The Harwood Arms