The Barbados Terrace by Mount Gay

The Barbados Terrace by Mount Gay | Camden Pop Up Bar

Rum, we would argue, is one of the greatest things made in Barbados.

But you probably still want proof.

And in that case, we would advise you to head directly to the Barbados Terrace that’s popping up in Camden this summer, courtesy of the world’s oldest rum producer, Barbados-based Mount Gay. We’ve even put together a little video of it below:

They’ve taken over the al fresco area that’s previously been home to Camden Beach and given it a jolly good spruce, filling the space with stretches of plush lawn, strings of twinkling festoon bulbs, rum barrel tables, sofas to laze on, and a pop up rum shack worthy of any Caribbean beach…

…And, of course, a covered area in case we’re suddenly reminded this isn’t the Caribbean. 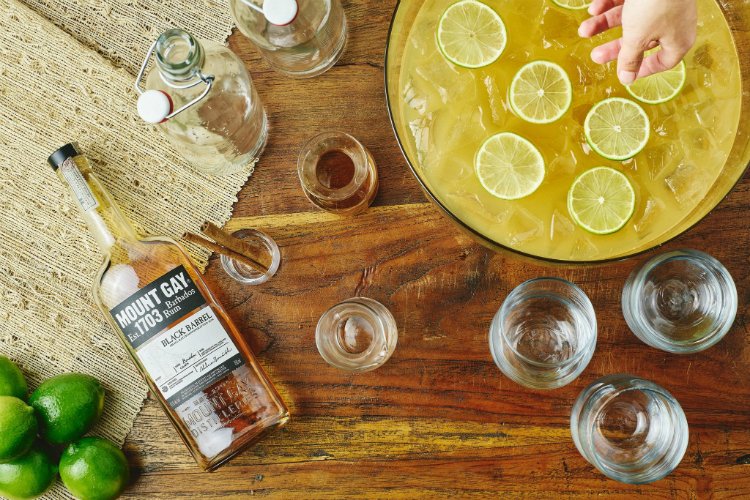 Back to that rum shack – it’s here that they’re swizzling their huge sharing bowls of rum punch, an exclusive set of summery, molasses-mingling cocktails; and their spiced signature serve, the Black Storm. That’s all set to be an excellent accompaniment to the Caribbean-inspired street food on offer, which involves the likes of jerk chicken; curried mutton; callaloo fried rice with peas and pineapple; and jerk and pimento-dusted fries.

To top it all off, you and your nearest and dearest can spend all this well-earned downtime with some traditional Bajan activities, including dominoes and road tennis – a kind of giant ping-pong first played back in the 30s, that’s traditionally played in the middle of the road.

Which is ironic, since this pop up will be anything but.

NOTE: The Barbados Terrace will be popping up at the Camden Roundhouse between 12th July and 26th August. They’ll be open Tues-Fri 5-11pm and weekends 12-11pm, and entry is free. You can find out more on the Roundhouse website HERE.

ALSO NOTE: Nudge Members, we’re arranging a little something extra for you. Log in to your Member’s Area to find out more.

Like pop up bars? Check out what else is arriving in London this month

The Barbados Terrace by Mount Gay