There is no surround-sound. It’s not 3D. Hell, the space is almost two-dimensional.

This is Ciné Real, a tiny fifteen seater screening room that acts as the hub for a dedicated, celluloid-only film club. They only screen film in 16mm. In fact, they’re the only film club in the UK to do so. “It’s like the difference between sitting in front of an open fire compared to a radiator.” says founder Liam Saint-Pierre.

It all began when Liam himself came across an old Super 8 projector in a Hackney dumpster. Remembering an esoteric local shop crammed to the rafters with film reels, he took the machine in for a little TLC from the shop’s owner, Ümit Mesut – a former projectionist and devoted film enthusiast. The two got chatting, bonded over celluloid, and Liam went off with his fully repaired projector to host a film screening night.

Though the audience were still keen and understanding, working with film threw up all sorts of setbacks. After battling with spliced footage and warped soundtracks, he went back to Ümit and begged for his help. And though he was unsure at first, being back in the projectionist’s seat brought back thrills, and the pair have staged regular screening nights together ever since, eventually building their own 15-seat space in the back of their Clapton shop. 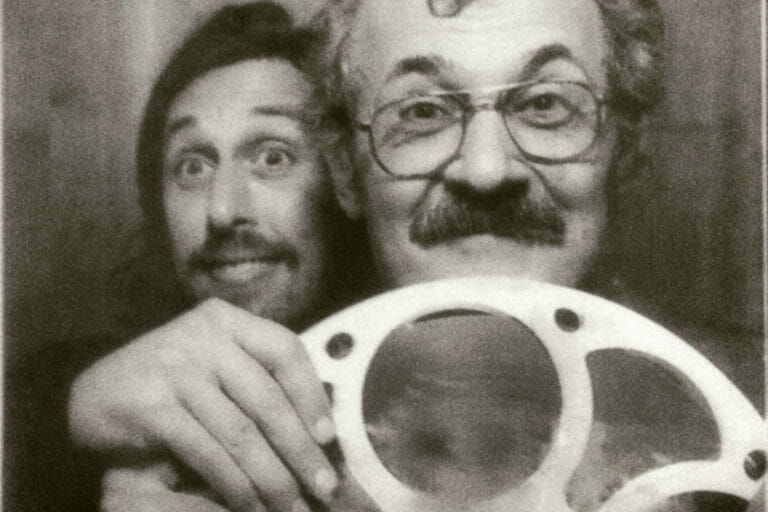 Finding reels can be tricky, since the quality can vary dramatically and availability’s limited – but that’s what makes Ciné Real events so special. It’s taken real dedication to hunt down each film, and Ümit will stand up before each screening to tell you a little about the movie, its creative team and some of the technicalities of working with the physical film.

You’ll then settle in to watch a feature as it would have originally been enjoyed, with all the idiosyncrasies and distinctive colours of celluloid. Their collection has dozens of classics, including the likes of The Night of the Hunter, On the Waterfront, and more.

And if you want? You can hire the whole cinema. They’ll even throw in the popcorn.

It’s the kind of date night you only see in the movies.

NOTE: Ciné Real host regular screenings in their Clapton cinema. You can keep an eye on their upcoming film nights, and buy tickets, HERE.

Love film? Check out the best independent cinemas in London.