Today, we’re taking you on a tour of regional pancake specialities to be found in London.

It begins, and ends, at Coleman Coffee Roasters.

The oatie (as you’ll call it, unless you want to sound like some kind of Southern chump) is a sort of thin, savoury pancake made from oatmeal. It’s delicious, mainly because they’ve shunned the idea of drizzling it with a bit of fresh fruit, and instead folded up an entire breakfast inside it.

At Coleman’s, you can get them filled with the likes of stewed tomato and smoky bacon, or Irish Coolea cheese with chilli jam. 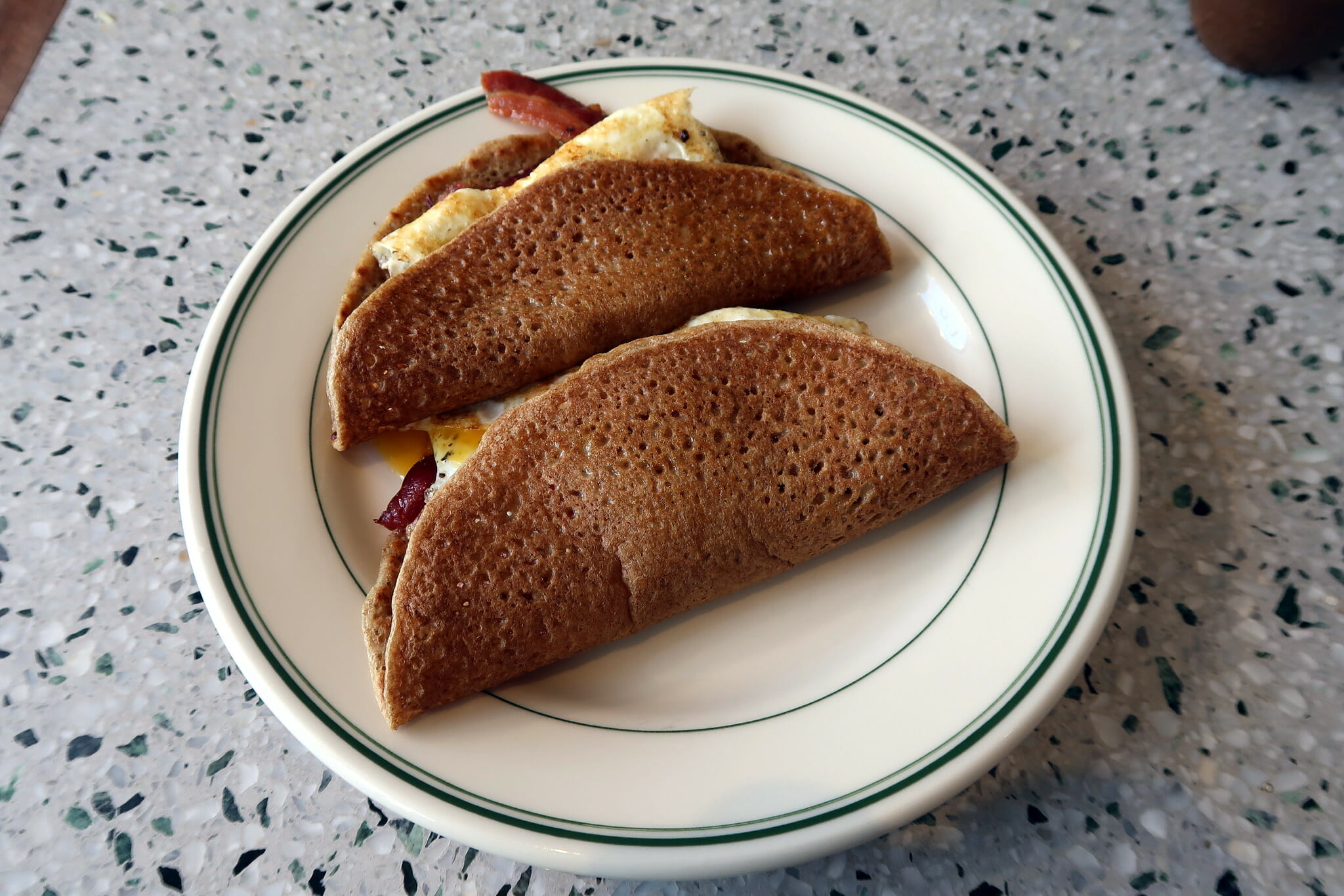 The café takes its name from founder Jack Coleman, who started roasting his own beans in 2010 after stints pouring at Monmouth and Fernandez and Wells. Six years later, he opened up here on Lower Marsh, in a breezy old bookshop spruced up with minimalist furnishings and liberal terrazzo.

It goes without saying that the coffee’s exceptional, with two styles of espresso made with a 1950s Austrian machine made in an old munitions factory. Everything else is equally carefully sourced, from the Portuguese chocolate milk to the Iranian pistachio nougat.

Order a cup, and sneak out to sit below the pomegranate tree in the secret garden at the back.

NOTE: Coleman Coffee Roasters is currently open Wed-Fri 10am-2pm and Sat 11am-2pm, but you can check ahead on their website HERE.